What's Better Than A Holiday That Revolves Around Candy?

Happy Halloween everyone!  Just a quick post to let you know how ours went.  For starters, there was this. 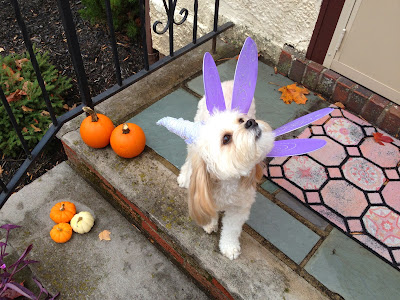 89 was supposed to be a unicorn for Halloween, but after numerous wing attempts, the ones she wound up with were a little large; so, a friend dubbed her a uni-fairy. 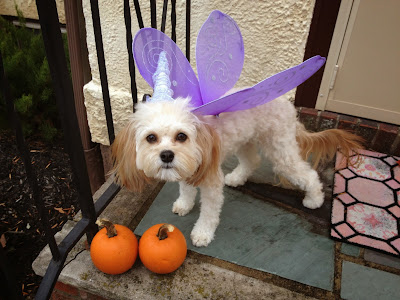 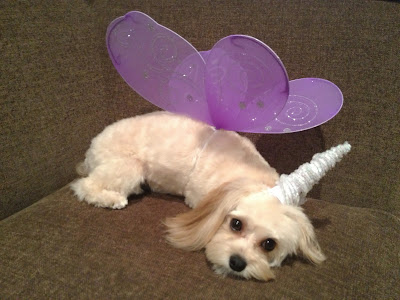 Well, here she is making like an ostrich and pretending I don't exist. 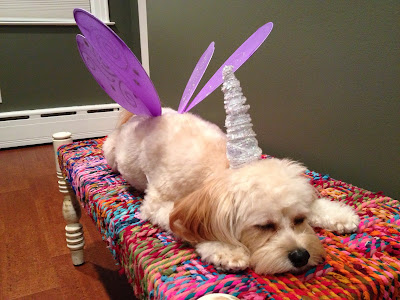 And here she is as an evil unicorn throwing a stinky side-eye. 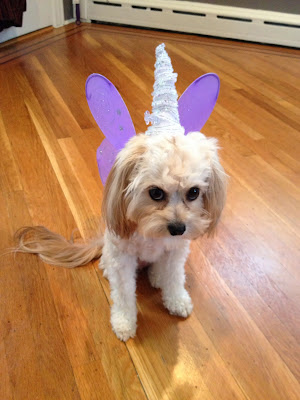 Bored with me in between trick-or-treaters. 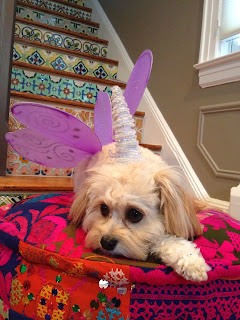 We gave out accidentally vegan Oreos this year: further veganified with my favorite artichoke-designed  "Veganism is Direct Action" stickers from Friends of Animals, who do amazing work. 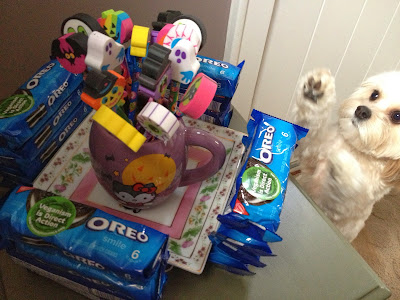 That is, until I ran out and had to resort to Halloween pencils.  In my defense, I did not expect 78 kids to come a-knockin'.  Note to self: older kids come later and they do not take kindly to Halloween pencils- regardless of their fun, giant erasers.  But, it was all I had!  The only other portable, edible items in my pantry were individual, pre-cooked quinoa packets.


And, after having saved it all week, I was not about to share my Vegan Treats pumpkin sugar cookie.  Not even with the numbered dog seen below licking her lips in anticipation.  She had her own cookies. 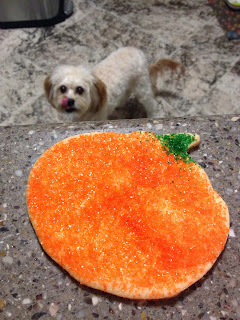 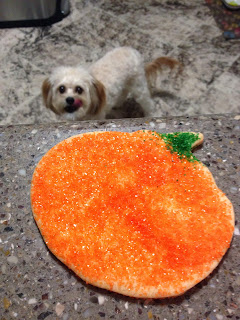 I hope your Halloween was as fun as ours! 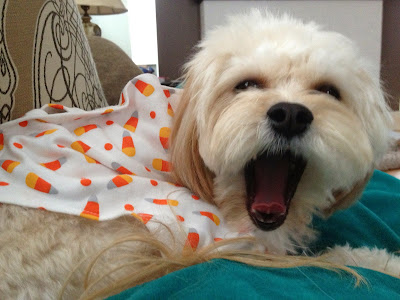 Until next year...(we're already brainstorming)
Posted by Abby Bean at 7:45 AM