Did you think I was done recipe testing for the Cinnamon Snail?   I was not!  The upcoming Cinnamon Snail cookbook will also include recipes for assorted Baozi buns, the likes of which my friends and I have referred to as bunzzzz ever since a particularly humorous incident at Vegetarian Dim Sum House a few years ago.  But, I digress. 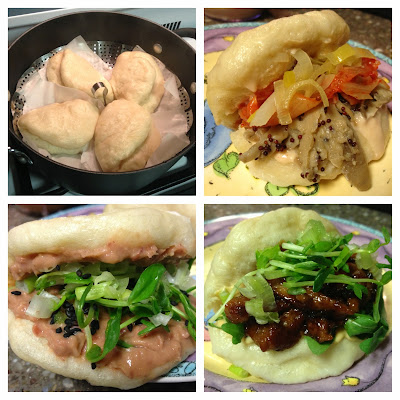 You might not be surprised to learn that I'd never made buns before; I was both excited and nervous to give it a try.  As someone who never ceases to amaze herself when she makes a loaf of bread, I found this to be an interesting and surprisingly similar process.  Well, to a point. 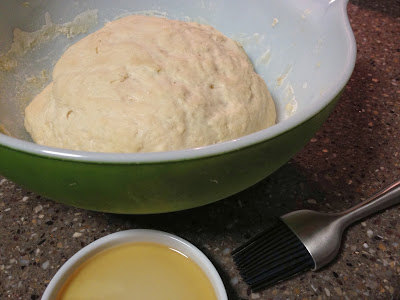 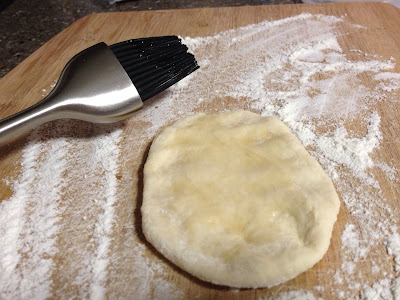 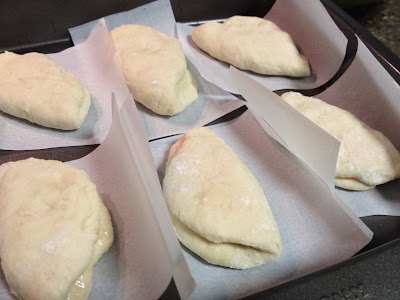 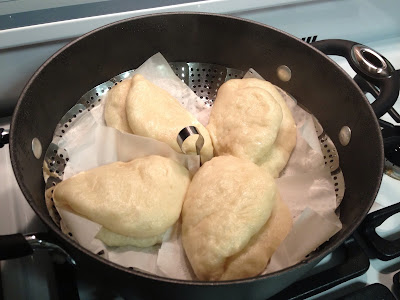 Once you've got your bunzzzzz, there's no shortage of what you can do with them:

Sesame Bean Paste Bao Buns with pea shoots, minced scallions, and toasted black sesame seeds.  I know you might be thinking, "bean paste?" but these were really good! 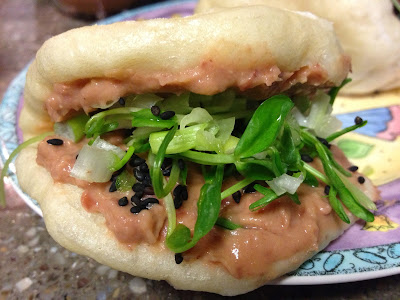 Oyster Mushroom Bao Buns with Kimchi and sriracha mayo.  I'm generally not a huge fan of oyster mushrooms, but the preparation and accoutrements gave these a really unique bite. 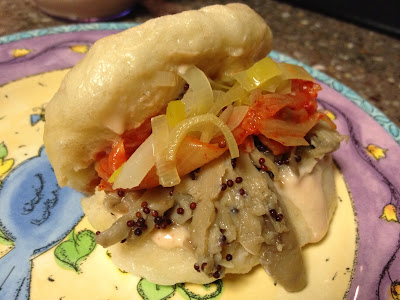 Peking Seitan Bao Buns with baby arugula, minced scallions, mint, microgreens, and wasabi mayonnaise.  These were my favorites; they reminded me of my fave buns from Franchia. 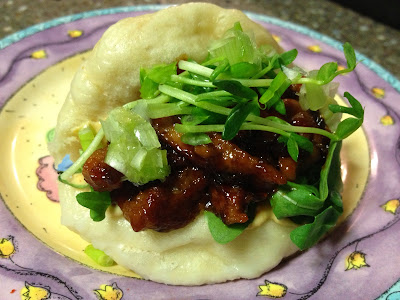 I hope this gives you even more of an idea of what a variety of delicious and interesting recipes and combinations to expect in the upcoming Cinnamon Snail cookbook.  Spoiler alert: there will also be donuts.

Somehow 89 missed out on trying a bun.  She did eat a pancake the next morning, so don't feel too bad for her. 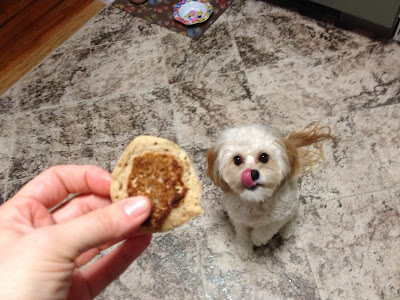 More recipe testing posts in the works, so needless to say I'm very much looking forward to Thanksgivukkah when someone else will handle the cooking.
Posted by Abby Bean at 10:15 AM