Pineapple Right Side Up Cupcakes (from VCTOTW)

I had some fresh pineapple left over and my encyclopedia said that the sweetness was dwindling.  I searched the indexes of my favorite cookbooks for "pineapple" and decided upon a dessert recipe, of course.  With potato masher at the ready to transform my fresh pineapple into crushed, I tackled the Pineapple Right Side Up Cupcakes from Vegan Cupcakes Take over the World. 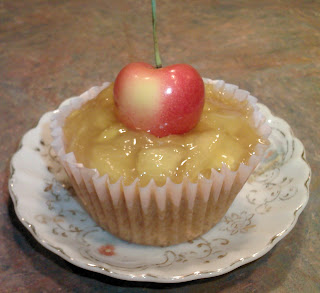 They were super easy to make (even for me).  And, as a bonus, the accompanying recipe is for a topping rather than a buttercream, which I usually eschew. 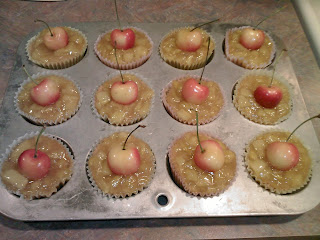 Wherever the cake or frosting recipes called for crushed pineapple "in their own juice", I substituted coconut rum.  This substitution seemed only to affect the topping preparation, requiring additional cook time. 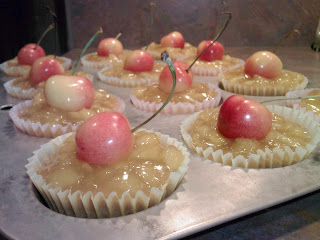 Note: the cupcakes were a bit delicate so I would advise letting them fully cool while still in the circular confines of the cupcake pan.  I didn't realize until it was too late, so mine were a little squishy.  Fear not, they still tasted fantastic. 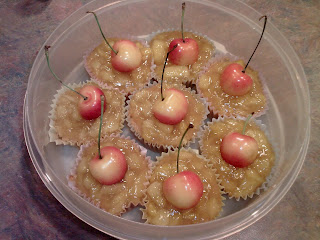