My Mom didn't really buy a lot of junk food when I was little, so I can distinctly recall where and when we enjoyed special treats (requisite Twizzlers at the bowling alley, surprise last minute Hubba Bubba in the supermarket checkout line, our first KING size Snickers, etc.). 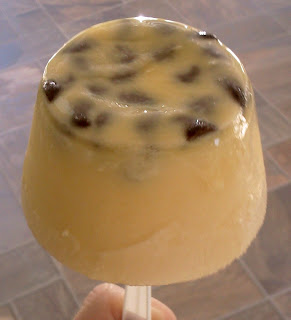 In contrast, my grandmother was an actual killjoy, regularly taking me to the Pepperidge Farm cookie section of her C-town only to consistently choose the bland, boring, Chessmen when any sane person would have chosen Milanos (and don't get me started on the chocolate-covered "enrobed" Milanos).  In other words, there certainly weren't any treats to be had at Grandma's house.  But one day her neighbor reached over from her terrace to ours and handed me a chocolate pudding pop.  To my surprise, my grandmother did not object.  Because it was so hot and the treat was entirely unexpected, I thought it was the creamiest, most delicious dessert I'd ever tasted.  Funny enough, I don't think I ever had another one.

Fast forward to this recipe for do-it-yourself pudding pops, music to this vegan's ears.  I'm no chef, so I was initially going to pose the veganization to my supremely more talented tweeters; but then I had an epiphany.  No, I wouldn't use the obvious substitution of a mixture of soy creamer and milk, but instead ALL COCONUT MILK (all the time; yay!).  Since I was under the assumption that I had all of the ingredients in the pantry already, I decided to make them immediately.

But first, there was a slight moment of panic when I couldn't find any popsicle sticks.  After tearing through every possible popsicle stick hiding place, Non-plussed, I easily settled on disposable spoons (but I will find those sticks).  Then, when my hand reached out to the spot on the shelf in the pantry where I was certain there was a box of chocolate pudding mix, there was only vanilla.  And lemon.  Ignoring the lemon for obvious reasons, I tried to convince myself that vanilla would be fine; hadn't I enjoyed vanilla pudding as a kid?  Wait, was that only by default?  Insert wavy backflash indicative special effects...here: 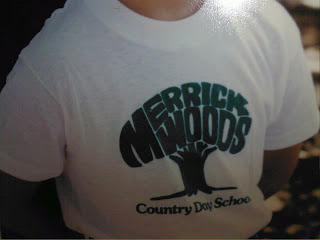 Picture this: day camp where every lunch consisted of a sea of paper plates, all identically pre-assembled with the following assortment:


We'd only ever eaten chocolate pudding at my house (in homemade graham cracker pies adorned with cherries: *swoon*), but I figured vanilla pudding had to be better than anything else on the plate.  So, in an independent setting where no parent could monitor my food intake, I decided to make it a daily habit to simply grab the plate with the biggest scoop of pudding and ignore the rest of the slop food (ok, some days I ate the corn too).  Then my clumsy self would carefully balance the flimsy dish in an effort to avoid allowing anything to compromise my pudding by running (or rolling) into it as I made my way to a table.  On good days, at the end of "lunch", the head counselor would come around wielding the industrial sized can of pudding and a spatula, serving out seconds from the bowels of the can.  Good times, better nutrition.  Yay, camp. 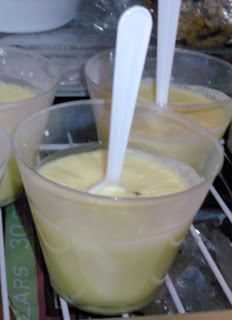 Oh yeah, the recipe.  I made two minor adjustments:

#2  I froze the cups for an hour before putting the spoons in (otherwise they wouldn't stand).

Note: I don't know what kind of doll-sized dixie cups the Serious Eats folks were using, but my equivalent measurements yielded 4 small-sized pops (these are miniature plastic spoons and plastic "wine" cups) to their purported 6. 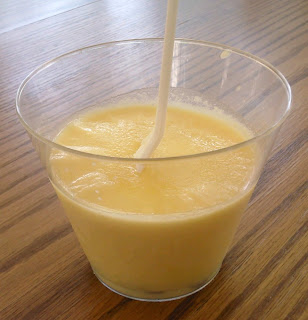 I let them freeze overnight and gave one a try the next day.  What can I say?  It was vanilla.  Ok, that's not fair.  It was good: creamy, slightly coconutty.  The best part?  The chocolate chips.  Did I forget to mention that a few jumped into the cups?

Perhaps I'm so spoiled by Lula's incomparable frozen confections that these types of things don't float my boat anymore.  Or perhaps a boxed pudding mix simply cannot be saved by coconut milk and chocolate chips alone.  Whatever the case, I'll be at Lula's long and often before I bother making these again.