This weekend I had the distinct pleasure of attending a fantastic potluck (my first) thrown by my good friend, BYOL.  In addition to his other more obvious talents, he apparently has a penchant for potlucks; I have never known anyone to have that many plates, bowls, mugs, cutlery, and cloth napkins on hand.

The potluck was in honor of another good friend who just happened to be celebrating a ridiculous amount of milestones occurring within a relatively short time span.  Any excuse for a party, I say.  And so, for this momentous occasion, I decided to finally bust out the Cakewich! 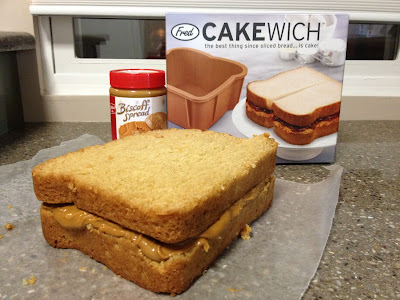 Don't be fooled; the preparation wasn't all fun and games.  For starters, my kitchen looked like my pantry had exploded! 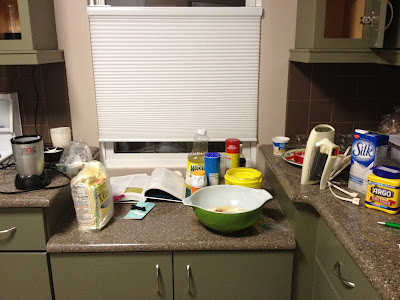 It took a couple of experiments with different recipes to settle on the best tasting and looking cake.  The winner: Veganomicon's vanilla-yogurt pound cake.  Unfortunately, it contained a lot of ingredients I prefer not to bake with.  Well, I suppose the yogurt's not so bad. 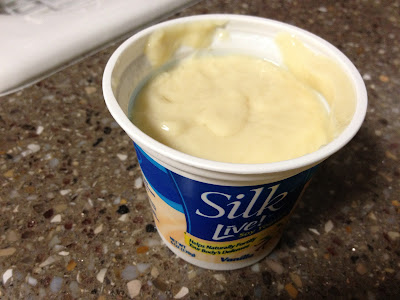 But the silken tofu made me gag; the look and smell would scare any non-vegan away!  I'm sure you all have someone in your family who thinks vegans lap this up straight outta the package.  Some of you may have even been lucky enough to have been served some at a family function! 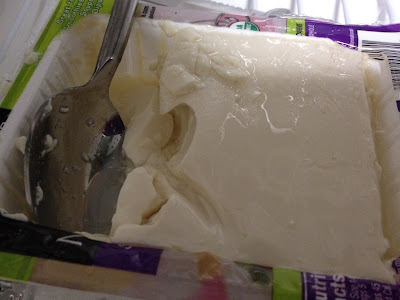 It looked less ominous once blended (thank you, Magic Bullet). 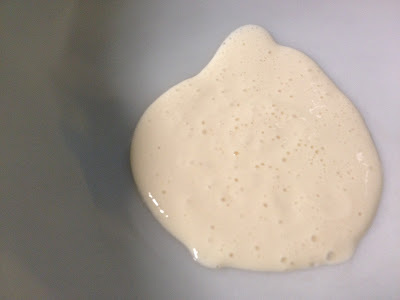 But I did get to use the hand mixer, which I really enjoy.  Batter before: 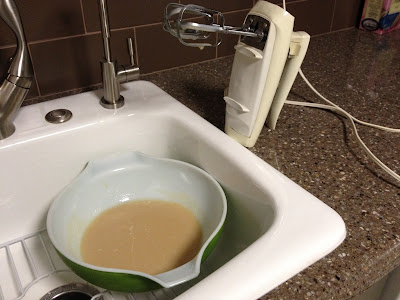 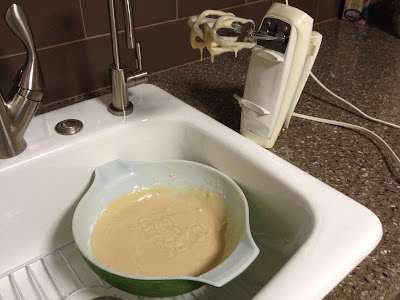 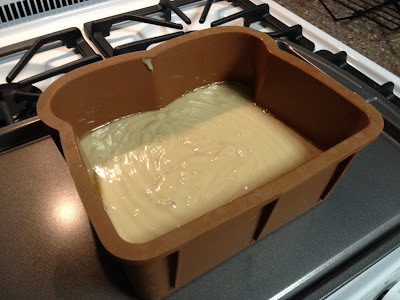 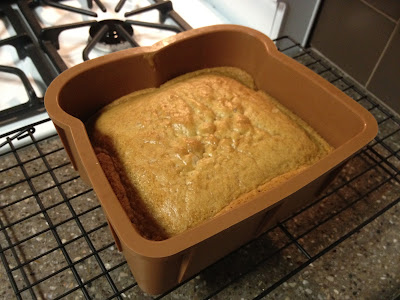 You're going to slice off the top dome of the cake and then slice the cake in half horizontally.  I'd recommend flipping the top layer so that you wind up with the nicest possible side of the slice facing up, as it will be the top of your finished cake.

The guest of honor is a fellow Biscoff fan, so the "peanut butter" was actually Biscoff spread (one jar).  I keep my Biscoff in the panty, but remember that it melts quickly.  Even though I let the cake cool completely before spreading, it got a little runny during preparation just from being in the still-warm-from-the-oven kitchen.  Refrigerate the cake quickly and consistently until ready to serve.  I don't recommend for outdoor affairs in the warm weather, but it was the perfect consistency when served indoors on a relatively cool evening.

It wasn't until I was finished that I realized I'd missed the opportunity to create a giant Biscoff fluffernutter.  Next time!  It looked pretty hilarious just as it was. 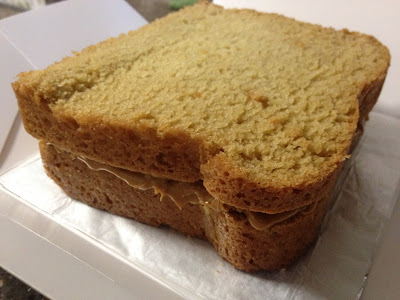 Funny at any angle! 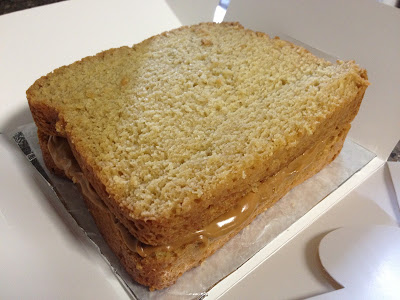 All of the contributions to the potluck were smashing and a good time was had by all; congrats to both the successful party organizer*, and the honoree! 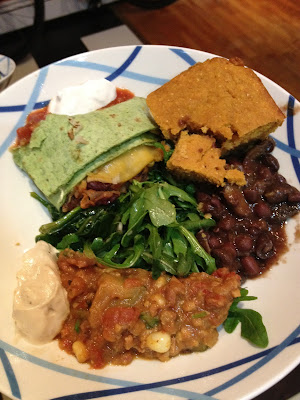 *You may have read recently that BYOL is my nemesis.  We do disagree on a lot of things that I happen to be right about.  For instance, I ALWAYS prefer kale over collards.  I would never do aisle push-ups on a long airplane flight.  I also happen to have a special affinity for the Magic Bullet, while he dotes on his VitaMix (in the interest of privacy I won't mention it here, but she even has a name); this particular rivalry began the first day we met.  And so this is why myself and my merry band of mischief-makers (along with a generous dose of wine) decided that Ms. VitaMix had to sleep with the fishes on Saturday night.  And by fishes I mean whey protein (non-vegan roommate).

As it turns out, they're not as close as he'd intimated.  A full 24 hours later and he hasn't mentioned anything "missing".  I'll bet dollars to donuts that a home-wrecking Magic Bullet is somehow involved.

Happy potluck Cake-wiching to all!
Posted by Abby Bean at 5:09 PM