With Sweet & Sara marshmallows leftover in the fridge, I fully expected there to be a fluffernutter or a chocolate chip fluffernutter in my future.  But when I spied this Biscoff spread in the store, I had an epiphany: Biscoff fluffernutter! 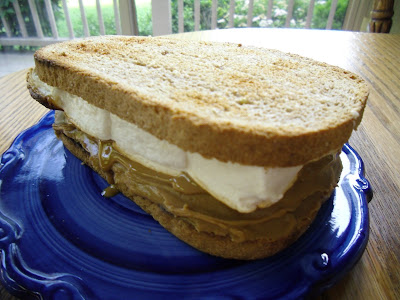 If you're not yet familiar, Biscoff are accidentally vegan cookies with a cinnamonny, brown sugary, shortbready taste that is hard to describe, but easy to eat by the sleeve-full.  They can be found worldwide under the names Biscoff and Spekuloos, but can be quite elusive in the U.S.. 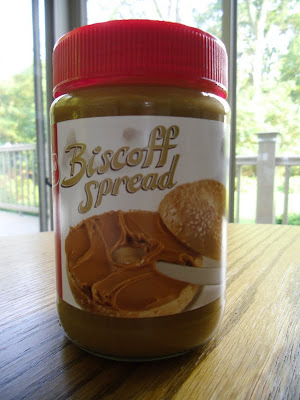 You'll recall that I originally used the coveted spread in my spectacular Mother's day crepes to rave reviews, that jar "Spekuloos spread" from Wafels & Dinges.  Sure, this spread is more fancy and decadent than peanut butter, but why should that prevent me from toasting it up with some marshies?  It shouldn't.  It didn't.

I started out with standard wheat bread, then was interrupted. 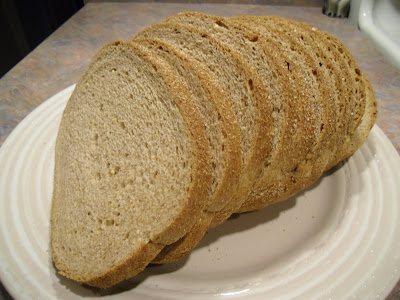 At the last minute, VM got wind of the impending fluffernutter and decided she wanted one too.  I worried that the Biscoff fluffernutter might prove too sweet for her, so I made one traditional fluffernutter, one Biscoff- with the intention of going halvsies.  Since Biscoff spread is significantly more expensive richer and sweeter than peanut butter, I considered going a little lighter on the layer- then decided against it. Go big or go home.

The marshie procedure was the same as usual: I fit as many as I could onto each slice. 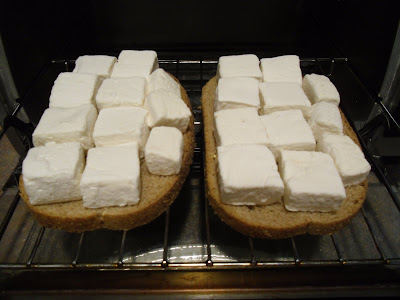 For those of you new to the fluffernutter, the rules are simple: 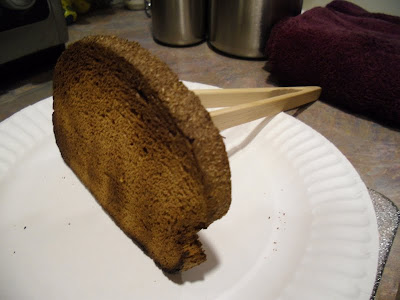 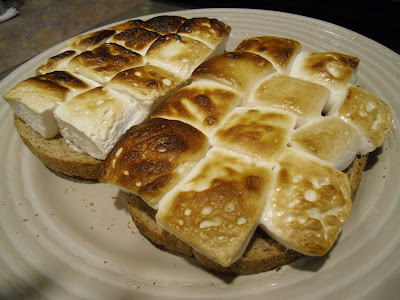 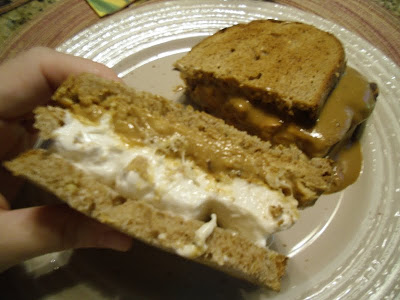 If it's hot where you are and you don't do so already, I'd recommend refrigerating your peanut butter and Biscoff spread prior to sandwich assembly.  This will prevent the toasted marshmallows from melting your butters- slightly, in the case of the peanut butter; obnoxiously, in the case of the Biscoff.  I cannot stress enough- even if you think you have let your toasted marshies cool, they will melt your butter.  Science, people! (?)

As you can see, the ooze of the Biscoff was almost immediate and most unruly. 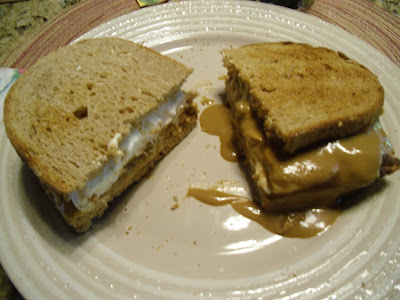 By the time I sat down to eat it had completely dripped out of my sandwich!  No matter, a spoon did the trick and the sandwich was AMAZING.  Seriously, it made the peanut butter seemed downright drab in comparison.  Don't get me wrong- I'm not saying the Biscoff fluffernutter was better than the peanut butter version.  But the latter loses something when they're served together; I'd recommend them for different occasions. 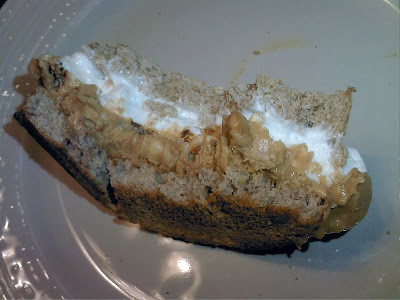 Go forth and fluffernutter.
Posted by Abby Bean at 8:03 AM