While baking for a party recently, I figured since my kitchen was already a mess I should attempt a recipe I'd been eying for a really long time but had never gotten around to: Vegan Yum Yum's* mini donuts! 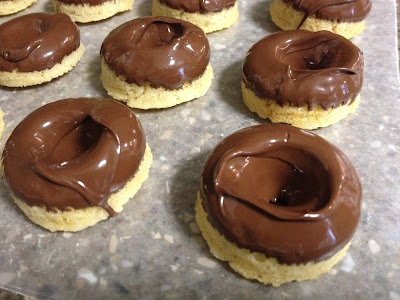 The batter came together really easily and slid into the mini donut pan without sticking to the center rod (blogger fail for not photographing this step during preparation).

I followed the directions to the letter and everything went off without a hitch; I didn't make a single note on the original recipe (except to double it, but that's always implied). 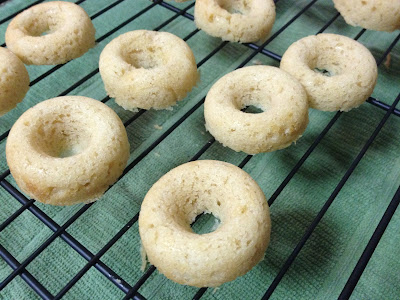 I will admit that my glaze measurements may have been a bit off, which could be why my donuts seemed to absorb the glaze rather than it just sit atop.  No worries; they still tasted fine!  I'm also not exactly sure why my sprinklez seem to have lost their color, but they also tasted good just the same. 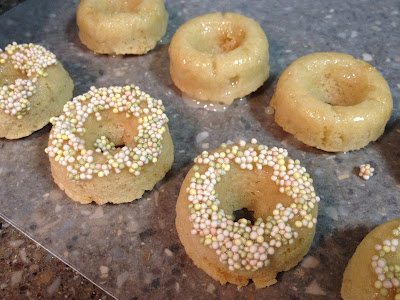 And then I took out the big guns: chocolate!!  Vegan Treats' chocolate covered donuts are amongst my favorites of all time, so I had to give it a go. 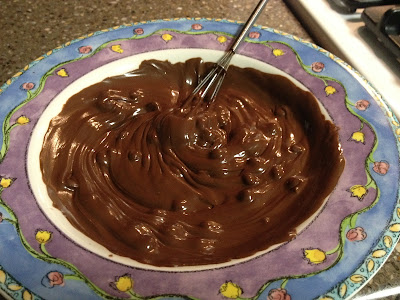 Rather than enrobe, I chose to only dip the tops (I'm a donut novice after all), but they came out great! 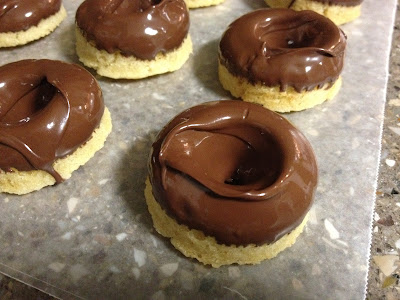 I really liked the chocolate ones the best, but I'll think about what else can be done to up the already cute donuts into stratospheric cuteness of epic proportions.  For now, though, I'll just stuff my pie donut-hole with these. 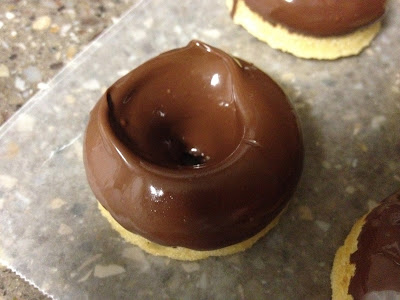 As a kid it was a treat to get a box of donuts from the Mister Donut to share for weekend breakfast; it would be great to be able to recreate all of those cruller, cake, and filled donuts.  One donut variation down, 11 to go; maybe I'm getting a little ahead of myself?

*Take a look at the Vegan Yum Yum cookbook!
Posted by Abby Bean at 7:35 AM