If you can believe it, I grew up eating frozen Brussel sprouts.  Boiled.  What's worse is I liked them!  Thankfully, VM's Brussel sprout preparation has come a long way; she now exclusively serves them roasted with evoo, salt & pepper, and chestnuts. 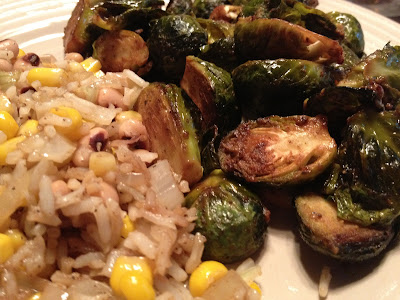 And then recently this recipe for soy-roasted Brussel sprouts* caught my eye and we decided to give another method a try.  The result was not a success by any stretch of the imagination, but I knew there was potential.  So, we gave it one more attempt- albeit with a few tweaks, and the result was awesome.  VM might have a new go-to sprout recipe! 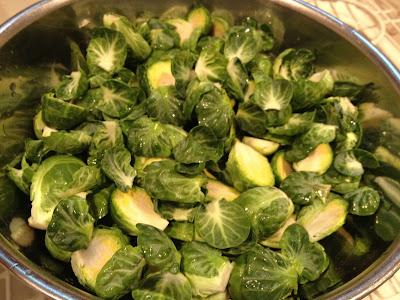 Let me tell you how to both simplify and modify this recipe: turning it from meh to WOW.  Mix the peanut oil, soy sauce, dijon, and black pepper: 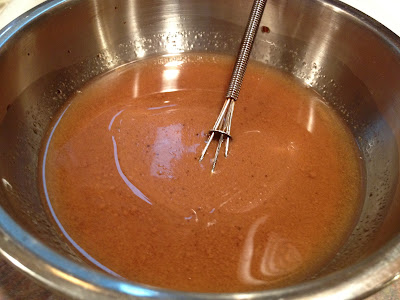 Toss with your clean, halved sprouts. 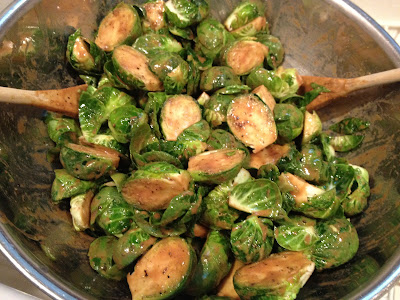 No need to get involved in all that temperature adjusting and constant stirring nonsense outlined in the original recipe.  Instead, simply lay the sprouts on a baking sheet in a single layer and roast for 20 minutes at 400 degrees. 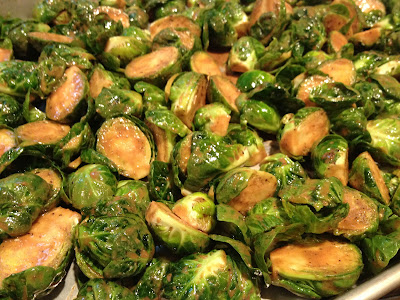 Now this is the key to the success of these sprouts: remove them from the oven, toss them, drizzle with agave, and roast for another 20 minutes at the same temperature.  Voila: 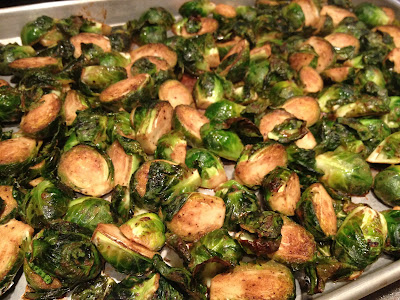 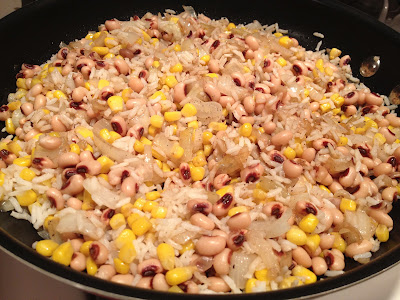 As well as a baked Japanese yam with beet horseradish. 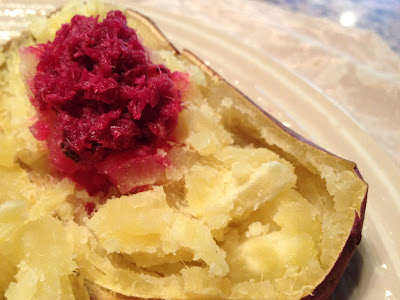 Normally I'd say to try the recipe as is and see what you think before following my tweaks, but I cannot stress enough that our added agave step is the key.

* If you want a chuckle, read some of the preparation ideas in the comments section of the original recipe.  Omnivores and their butter!
Posted by Abby Bean at 12:39 PM