Sorry for any fakeouts; the giveaway winner would be me: I was lucky enough to have won the giveaway on one of my favorite blogs, foodfeud. 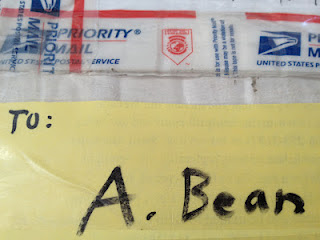 This was particularly awesome because I really admire the eating habits documented on the foodfeud blog, many of which were the impetus behind my Eating Clean(er).  I couldn't wait to see the kinds of wonderful snacks that would be bestowed upon me; I had no idea how incredible they would actually be.

I was actually home sick the day the package arrived.  After thinking someone was trying to tunnel into my house with a pick-axe, I realized it was just the mailperson leaving me the package.  Hooray for me getting a present for being home sick! 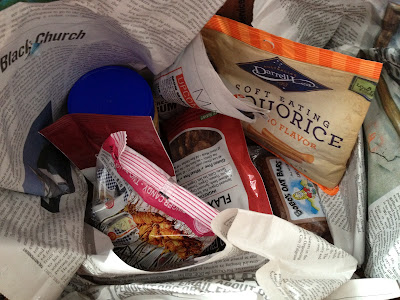 What I am about to say might shock you, but I actually avoided the box for 2 whole days because I didn't want to risk wasting the contents while my tastebuds were compromised as a result of my still-lingering cold.  I knew that, once opened, there would be no way for me to resist.  It was a very good call; join me in admiring the bounty! 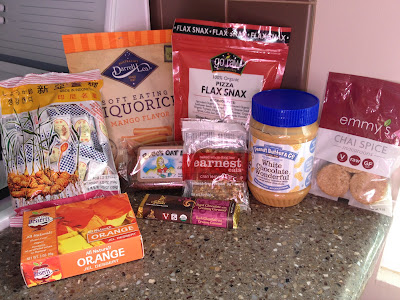 I made the conscious decision not to gorge, instead deciding to parcel out my snacks during the week in a manner that would be both non-gluttonous and more like the healthful eating of a normal healthy, vegan person.  I put everything in a special snack bin in my pantry and pulled out one or two treats to bring to work with me each day.

The first snack was one of Bobo's Oat Bars in chocolate (!).  Tasty and moist; it looked like cake, but was denser, richer, and not as obnoxious to have for breakfast/lunch as my previous day's slab of decadent, chocolate chip-packed banana bread.  It was really filling; maybe I wasn't supposed to eat the whole thing?  One package, one sitting; that's what I always say!  I was full for the rest of the workday, which was why this was breakfast/lunch. 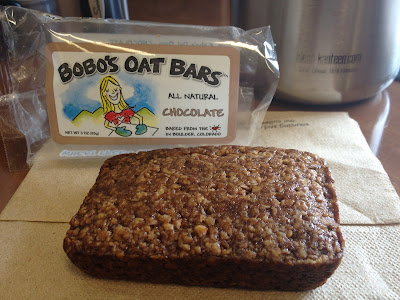 I have to admit that while it had an underlying cocoa flavor, I didn't see or taste any discernable chocolate in the form of chips.  Still, it was nice to know they were there. 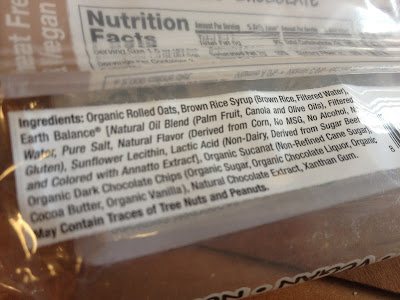 Even though I'm an insatiable chocolate lover, Sjaak's always seems to escape my attention.  So, I was very excited to try this dark chocolate with creamy caramel bar- especially given that chocolate-covered caramels are one of my favorites. 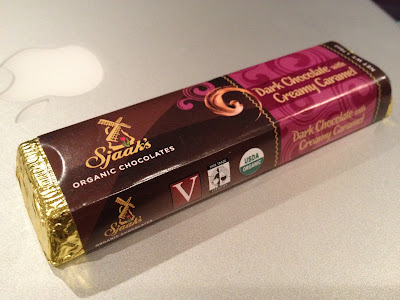 The chocolate was better than I remembered and I was pleasantly surprised by the fact that the caramel was so caramel-y, considering it seems to be only brown rice syrup.  What can I say?  I'm a sucker for sweets and chocolate. 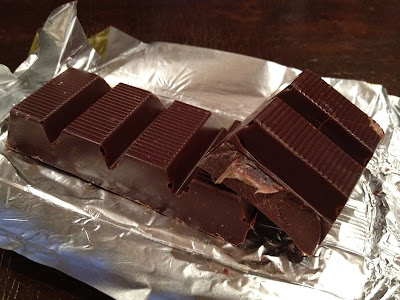 I've had earnest eats bars before because they're a vegan port in a non-vegan storm (i.e. they often sell them in ginormous food establishments where everything else is tainted with animal products).  But, as you might imagine, I have only ever tried the choco peanut butter.  Repeatedly.  So, I admit that I was a little trepidatious to try the cran lemon zest. 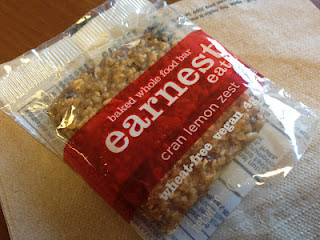 It was amazing!  Truly.  I decided to have it for breakfast and every bite was filled with all kinds of delicious flavors and textures.  I found myself reading the ingredients wondering how a non-choco-peanut-butter could be so good.  Magic, I tell you; it was chock full of all healthy things and I really, really, really (and unexpectedly) adored it.  I even bought a box of them myself; they're already gone too... 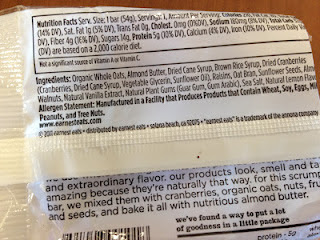 "Pizza in the morning, pizza in the evening, pizza at suppertime..."  These pizza flax snax from go raw really intrigued me.  It's something that I would probably never even find in the store, so I couldn't wait to try them.  I love me a flavorful "chip", but even I know those spicy sweet chili doritos, while vegan, aren't the best snacking choice; so, I had high hopes for these snax. 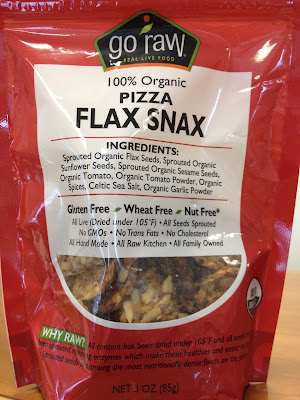 As soon as I opened the bag the aromatic scent of pizza really did waft appealling out of the bag and the taste did not disappoint; it was another example of real, good, food prepared into a delicious concoction without a long ingredient list of unrecognizable chemicals. 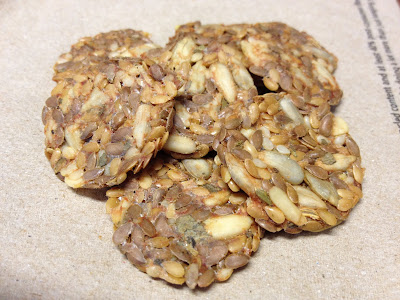 Because I come from a long line of crunchy snack lovers, I had to make an effort not to finish the bag (don't judge me; it was lunch!) so VM could try them.  She loved them just as much as I did, so they're now on both of our shopping lists.  One question, if anyone knows: what makes these kind of crackers stick together?  Just wondering.

I happen to already be a fan of emmy's macaroons and, as luck would have it, chai spice is my favorite! 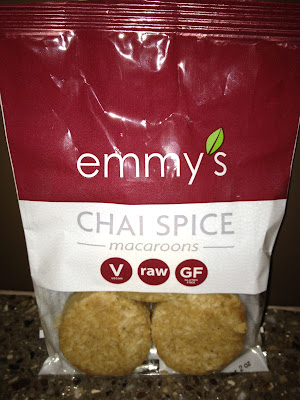 The flavor is robust without being overly gingery (eew), and they taste just as moist, fresh and healthy as you'd expect from a raw, vegan mac. 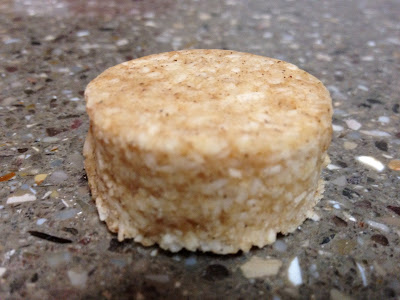 Speaking of ginger, I forgot to mention to foodfeud that I don't like it.  No worries, I know exactly whom to publicly re-gift these ginger candies to... 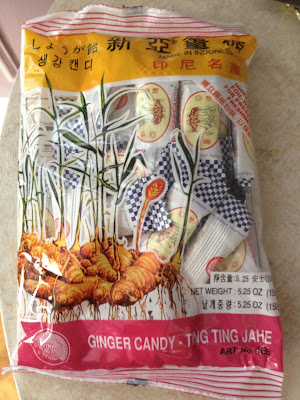 I'm not gonna lie; I love strawberry Twizzlers.  So fancy licorice like this Darrell Lea soft-eating mango liquorice is quite foreign to me. 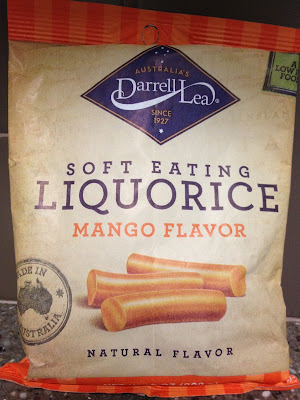 Not to mention that the ingredients differ slightly: 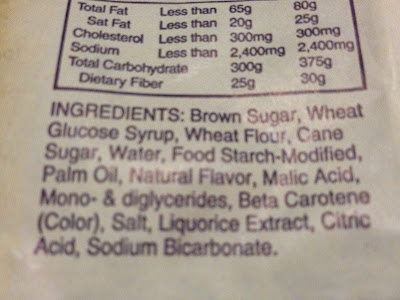 When, against all indications to the contrary, you are expecting the taste & chew of plastic-y, strawberry Twizzlers, high-brow mango liquorice is quite different.  The flavor is authentically mango, but I found the texture to be most unusual: very soft and also much chewier than their mainstream counterpart.  Most entertaining, however, is how interesting they look!  I had great fun serving these to guests. 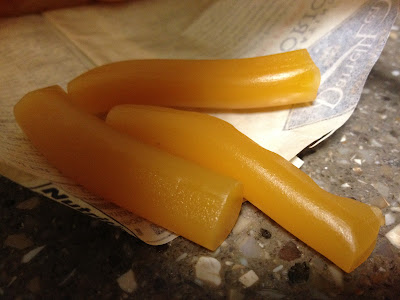 So, here's the thing.  I have been resisting Peanut Butter & Co's White Chocolate Wonderful for some time now, so when I spied it in my snack-package, I did a most-unflattering jig of delight.  Ever notice how gifts of things that you wouldn't splurge on for yourself are the best kind? 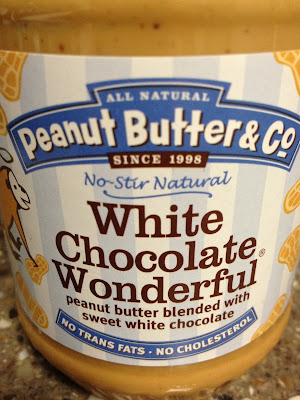 This stuff is SO GOOD.  I wanted to dip pretzels in it until I was wrist deep in the jar, but instead I just ate half of the jar a bit off of a spoon (full disclosure: what started out as one spoonful turned into many, but there's a reason I have service for 12, no?). 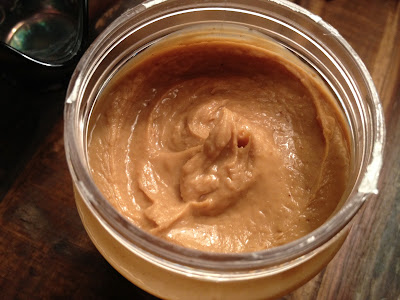 I realized while I was scarfing it plain that it would alternately make a great cupcake icing.  I'm not generally a fan of buttercreams, so this is another alternative to the Biscoff I'm fond of using in place of it.  I'm thinking white chocolate peanut butter banana?  Stay tuned.

And, finally: jello Natural Desserts jel dessert!  I am saving this particular treat for Father's Day, as my dad is one of the biggest jello lovers I know. 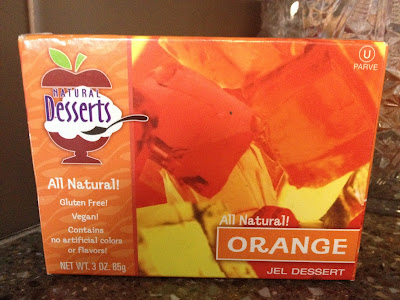 So there you have it, my thoughtful bounty from the extremely generous, foodfeud.  Check out what I sent in swap!
Posted by Abby Bean at 7:02 AM