Oy; I'm full.  Not surprisingly, Thanksgiving day was filled with lots of cooking and tons more eating- so much so that I have to break it down into two posts: one for dinner and one for dessert. 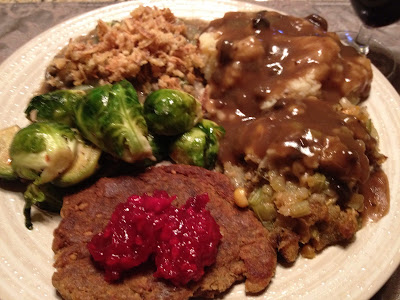 Truth be told, I don't like my food touching. 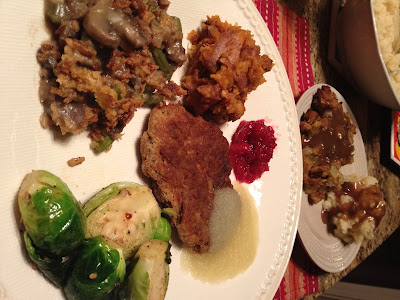 Especially gravied items; they belong on a separate plate! 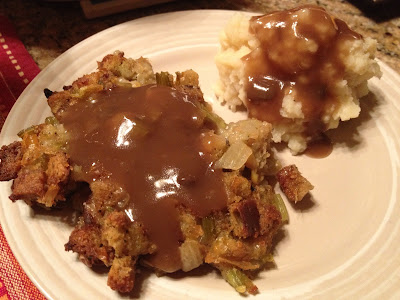 We went extremely traditional this year, starting with green bean casserole from the PPK: 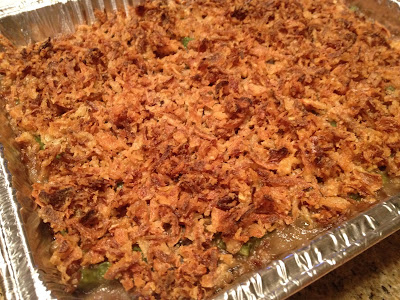 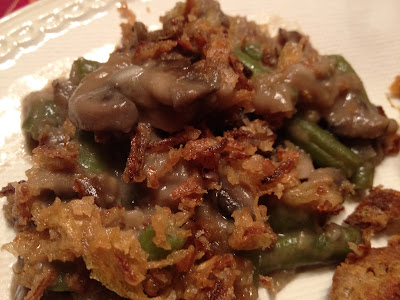 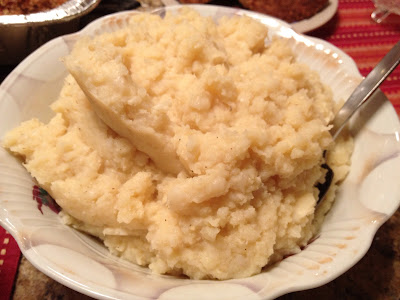 I had some farmar sweet potatoes languishing, so I cubed and roasted them skin-on with cinnamon and nutmeg, then mashed them with butter, maple syrup, salt, and cinnamon sugar.  AB's so-so, sweet, sweet potato mash. 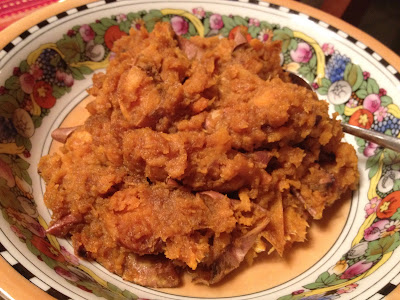 Because Thanksgiving is as good of an excuse as any to make brussel sprouts...we did.  But, we didn't roast them this time; instead, I tossed them in safflower oil with salt, pepper, garlic, and red pepper flakes, and sautéed them stove-top for 15 minutes.  They tasted very similar (better) than the ones from Blossom, and I loved the vibrant green.

VM has always made vegetarian, creamed corn stuffing, but she's long since veganized it.  On a good day she'll prepare them in balls rather than a casserole.  A day when a dead turkey is roasting in her oven is not a good day. 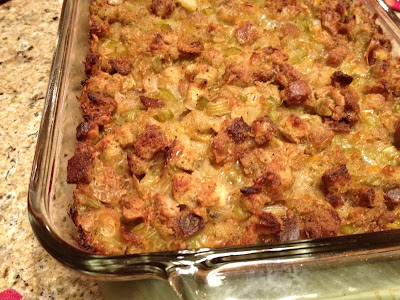 Okay, okay; our mushroom gravy is from a can. 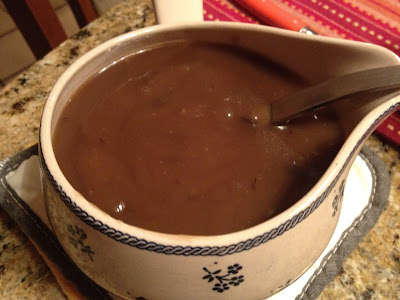 But our cranberry is homemade by my boss, who does something terrific with orange zest to make an orange/cranberry chutney of sorts that I really like...and I am not a fan of cranberries (never craisins). 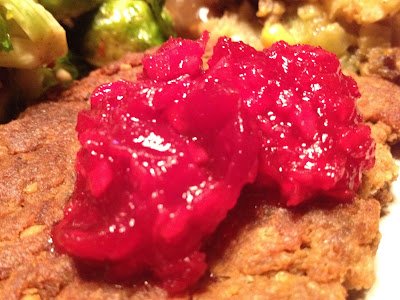 And, finally: our "main course" was chickpea cutlets from Veganomicon- easily doubled on PPK. Cause what are you gonna do with a single batch?  Not enough, that's what. 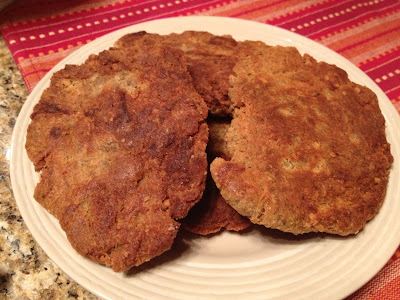 I really didn't overdo it.  The problem arose when I was effectively done, but then decided to have a little more mashed potatoes...and stuffing...and green bean casserole.  Then I was not only done, but done for.  Despite my own gluttony, it was a wholly successful spread and I'll be eating leftovers for at least a week.

Don't get me wrong; I did manage to have dessert...hours later.  But, I'm a professional.  I'll let you digest dinner for now and catch you later with part 2. 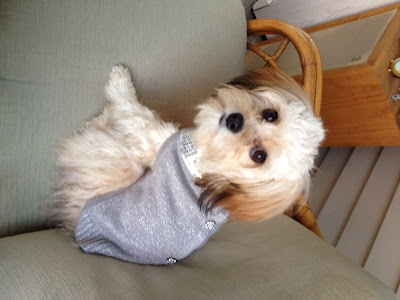