After we lost a week of civilization to Hurricane Sandy and another catching up, Thanksgiving kind of snuck up on us this year.  Planning dinner was relatively easy since we knew we'd go traditional (sometimes we buck tradition and go Italian!), but dessert hadn't really crossed our minds until after all our favorite dessert-makers had called an end to holiday ordering. 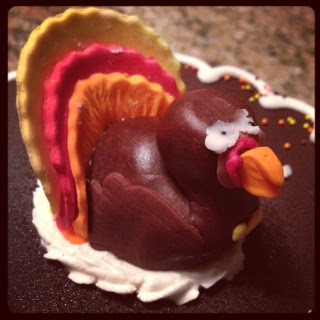 A week prior, I found myself at Vegan Treats gorging on just about anything I could get my hands on.

How do you improve upon a glazed chocolate donut?  Top it with chocolate cookie crumbles and chocolate drizzle! 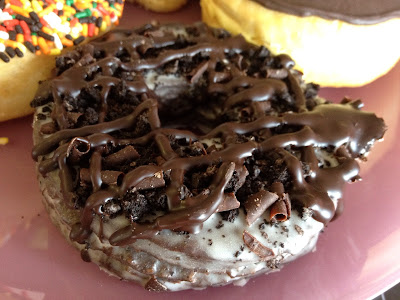 And I certainly couldn't pass up a holiday themed sprinkle donut. 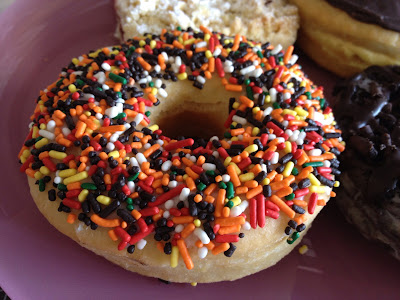 I also tried all of their cake ball/truffles of the day: chocolate caramel, red velvet, and chocolate hazelnut and I've decided they should offer a box of these for Valentine's Day.  You're welcome. 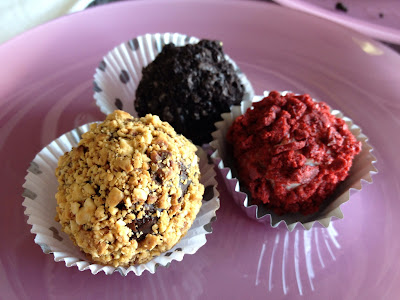 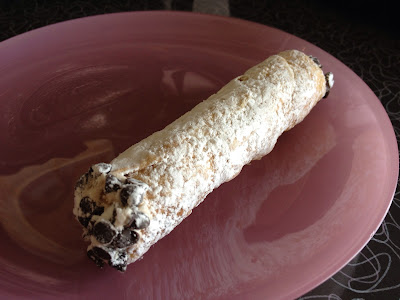 Oh, and ice cream; I always get ice cream.  On this day, chocolate and cake-batter ice cream: 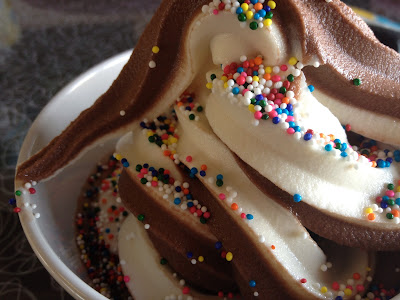 Then we spied this little feller in the case.  There was the issue of no Thanksgiving dessert...and once VM heard it was a cannoli cake the order was placed. 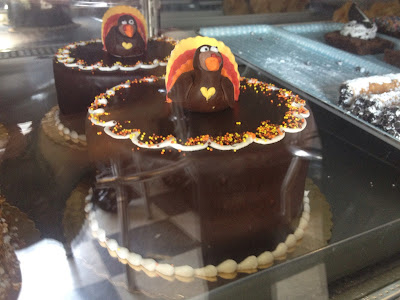 Since we'd decided to forgo the traditional Thanksgiving dessert, I had the forethought to bring that kind of stuff home for a fall treat.  There is no rule that says these things are only for the holidays, people!  A pumpkin cheesecake streusel. 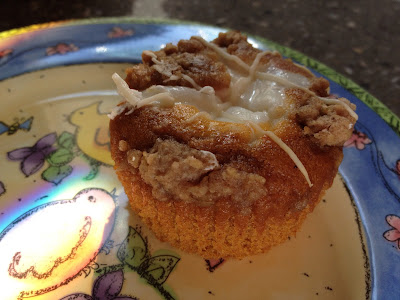 And a pumpkin cheesecake. 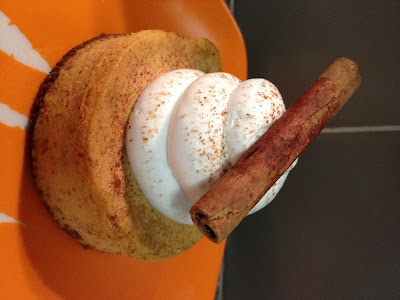 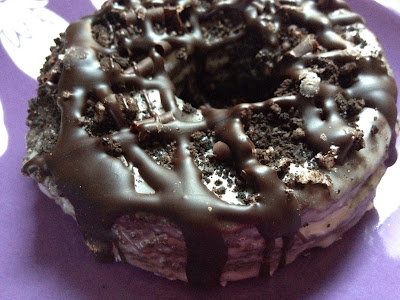 Believe it or not, that same weekend, I was lucky enough to see Vegan Treats again (Hi Ashley!) at the Brooklyn Renegade Craft Fair Holiday Market.  I didn't initially intend to get anything else...but, well- 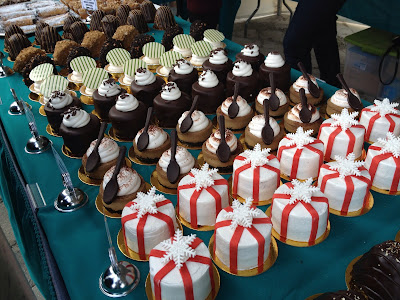 Instead of peanut butter drizzle, it was sporting some kind of cooking crumb garnish.  When I inquired, I was told that it was a Speculoos bomb.  Yes, you heard that right: SPECULOOS BOMB!!  As in Biscoff!!

Unfortunately, it knocked around in my totebag all day, so by the time I arrived home it had kind of exploded within the container.  Completely my fault, you understand.  I don't have to tell you I ate it anyway, right?  Well, I did.  Danielle said that it might be better than the peanut butter bomb and I am here to confirm that besides being a vegan baking genius, she is absolutely right!  Regardless of how it looked by the time I ate it, I can assure you that the taste was not affected in the least.  Phenomenal! 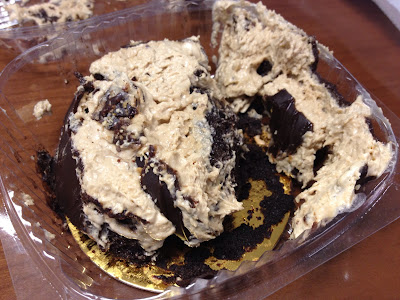 They couldn't possibly be more deserving of this top honor.

And then, just a few short days later, it was time to dig into the chocolate-turkey topped cannoli cake. 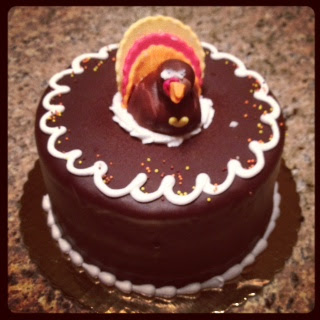 As you can see, the turkey's eyes melted from what we'd already consumed earlier that same day.

To our surprise, it was a chocolate cannoli cake!  We'd just assumed... 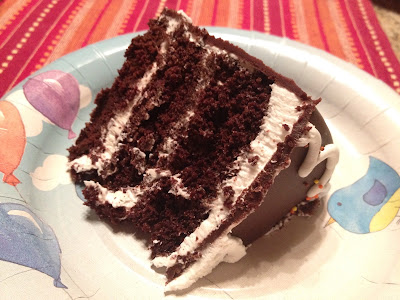 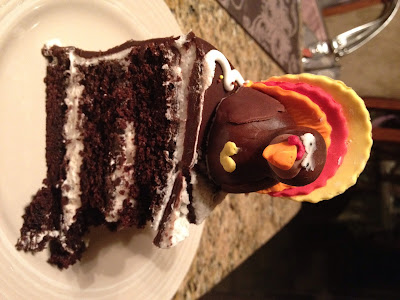 As for the turkey, he tasted like a tootsie roll. 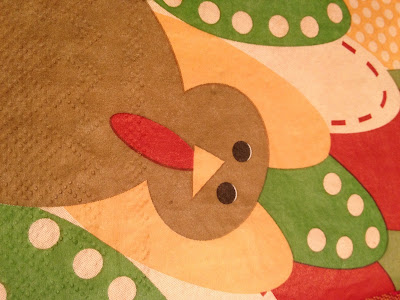 Much thanks to Vegan Treats' for the incredible desserts, as well as to the entire staff for always being so incredibly kind to my family. 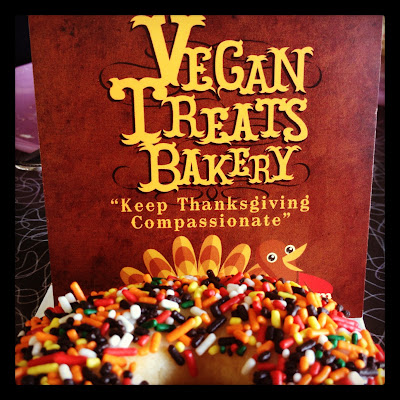