I overbought produce last week, so I spent my Saturday evening roasting various squash and digging into my cookbooks for recipes that matched the contents of my fridge and pantry. 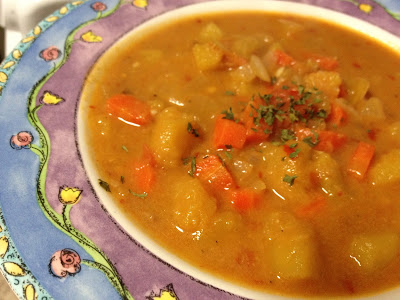 I used a roasted acorn squash and omitted the cilantro (that's dried parsley you see); it was FANTASTIC!  I love a recipe that only requires one pot and this was it.  I even shared: VM loved it and OD ate his whole bowl- which is saying alot since it was pretty spicy.

Although I've had enormous success with it in the past, the recipes from Viva Vegan intimidate me.  After this incredible stew, I will make a point to revisit both Terry tomes.  It's a good feeling to be shocked that the meal you created was done so by your hands. 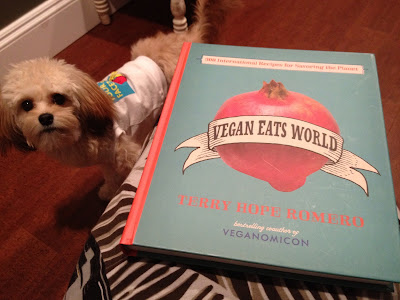 The low: frittata from Vegan Brunch.  I've been cooking with Isa/Terry books most of my vegan life and this was an unexpected (user error) disaster.

My add-ins were looking great: 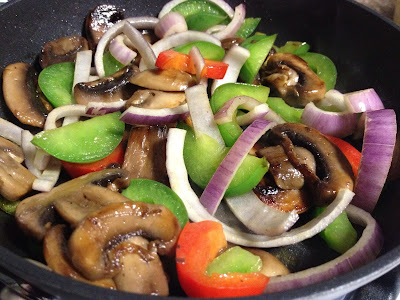 But, once in the dish, I could see that the frittata seemed loose. 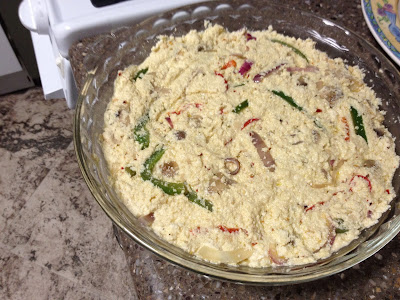 It did look fine enough when it came out of the oven. 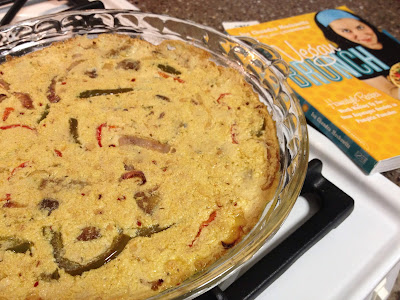 But, in the end, over-cooking it didn't save it.  Upon introduction to my slice-and-serve, it veritably melted into a frittatta puddle.  Let's just say it was suggested that I serve it with straws. 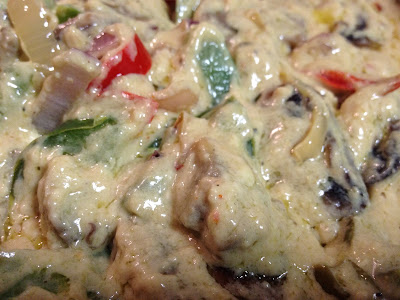 But, despite the texture, the taste was really good; I think maybe the sauteed mushrooms, onions, and peppers continued to release moisture into the frittatta as it baked.  Totally my fault, as the recipe called for chard and I messed with altered it.  I'll try again, but next I have my sights set on a quiche. 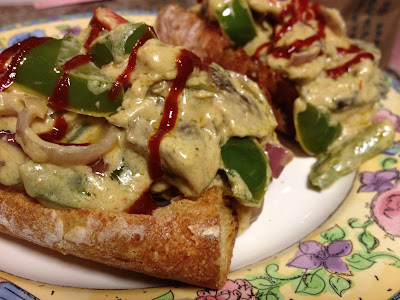 Lest you think I wasted the leftovers, fret not.  I enjoyed it the next day on toast with sriracha and sliced tomatoes (underneath).
Posted by Abby Bean at 1:45 PM