For everyone who prefers to remain below 14th Street, Peacefood's Downtown location has finally opened! 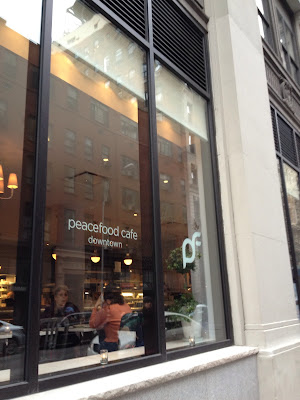 We were reminded of their recent opening when we spied the crowd that had formed around their USQ table after the Veggie Pride Parade. 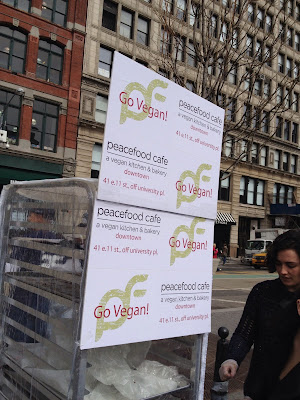 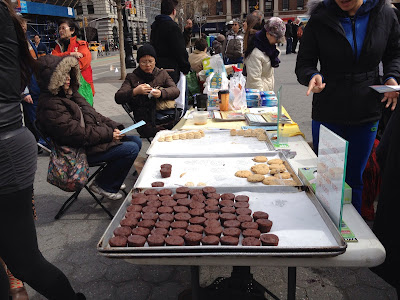 The sweets were yummy and the ladies were extremely friendly and popular with the crowd; it was just too bad they were tabling next to Green Compassion / Youth Buddhism Communications (whose website doesn't seem to exist) as they munched on McDonald's of all things.  Yes, really. 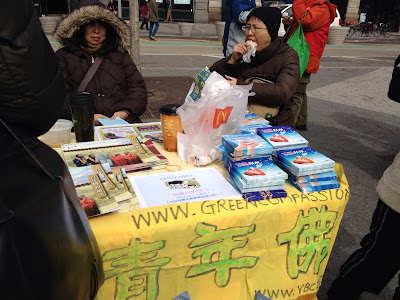 Anyhoo, a small group of us decided to check out the new Peacefood outpost for dinner.  We were immediately impressed by the beautiful and spacious dining room- much more upscale and less of a frenetic atmosphere than uptown's comparatively cramped and often noisy space. 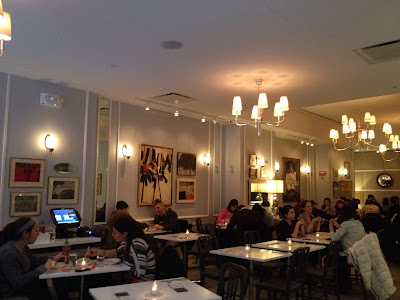 I was surprised to find that the menu and "specials" are exactly the same as the uptown location, but it turned out being kind of nice to have the familiarity of the highly-regarded, original menu to choose from.

We shared the chickpea fries: an award-winning recipe with a hint of Indian spices, served with house dipping sauce for an appetizer.  In keeping with their sister restaurant's habit of unorthodox timing, our appetizer was inexplicably presented at the same time as our dinners. We noticed this was a trend throughout the dining room even though there was no one waiting for a table and warranting a rush.  The poor party behind us was forced to eat their soup with their parmesan! 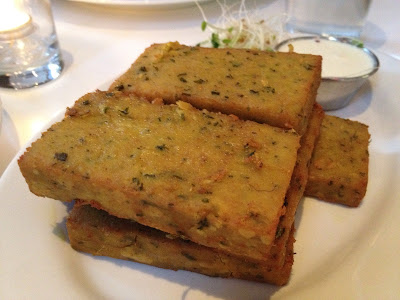 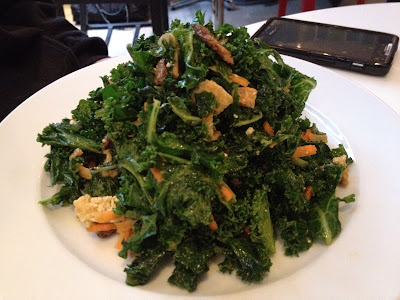 The others of us went a different route.  In case, like us, you're wondering if Peacefood Downtown honors the uptown location's habit of allowing you to have a half order of the pfc unchicken basket with a half order of the chef's potato salad: chunky potatoes mixed with celery, capers, a touch of onion juice, and vegan mayo; they do not!  To remedy that unfortunate decision, simply take matters into your own hands: find a buddy who likes it too, order a full order of both, and share (don't forget to ask for side plates; they seem not to bring them otherwise).  You're welcome. 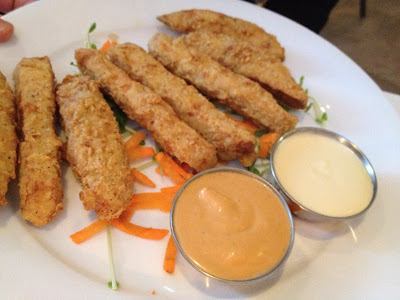 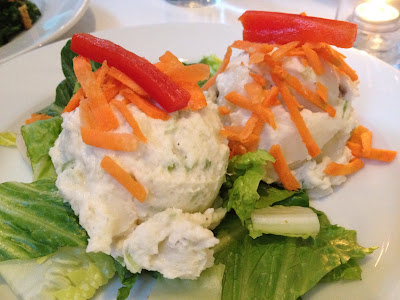 Everything was as delicious as always and I would be remiss if I didn't mention that our waitress- a new addition to the Peacefood family, was extremely friendly and attentive: the most pleasant and professional service I've experienced at Peacefood- by far.

I'm also happy to report that there was no shortage of enticing and familiar dessert options. 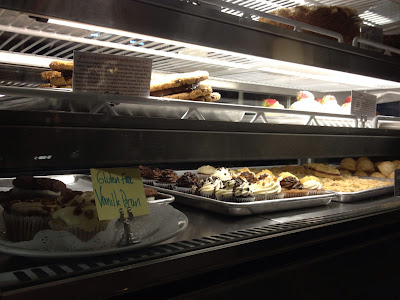 After considerable conversation, we determined that the offerings were the same in number and variety as uptown- exhibited in a much larger case.  You know what that means?  Room for more!  I nominate the tri-colored cookies that were spied recently as being part of the pastry chef's repertoire... 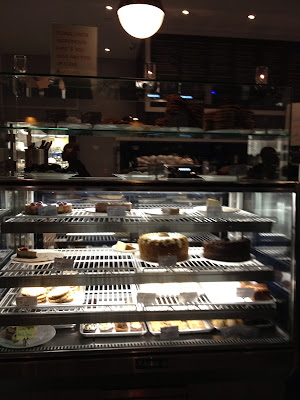 I'm sure I'm not the only one who is already planning to visit Peacefood much more frequently now that the downtown location has opened.  Gorgeous space, upscale atmosphere, consistently good food, and a significant improvement in service?  See you again soon.  Now if only the museums would relocate, I might never have to venture uptown again. 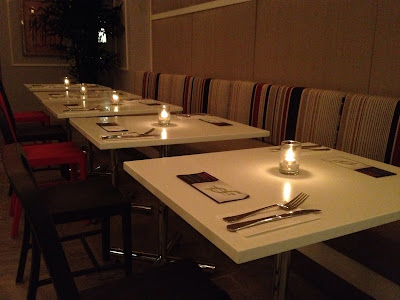 I wish them lots of success.
Posted by Abby Bean at 7:41 AM