I've just traveled to London, England- exciting for many reasons: vacation, first trip off the continent, first stamp in my passport, and, well...LONDON! 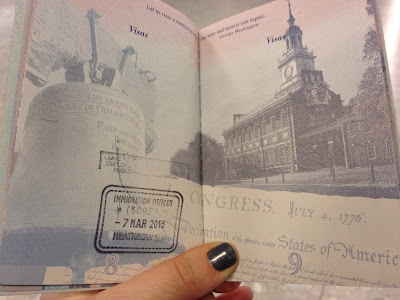 I approached the impending travel with the same research techniques I'd employed in preparation for Portland, Oregon- namely, blogs.  Who needs guidebooks?  My vegan peers did not steer me wrong; special thanks to QuarryGirl, Fat Gay Vegan, and Vegan in Brighton.

I came down with the flu almost immediately upon return and could do nothing but watch Downton Abbey and snuggle with 89.  So, it's going to take some time, but I'll soon be organizing my trip photos and blog-worthy stuff and off we'll go.  I assume that the easiest and fairest way to blog will be as close to the order that everything occurred.  In that vein, let's start with the special "vegan" meal on our British Airways flight out of America. 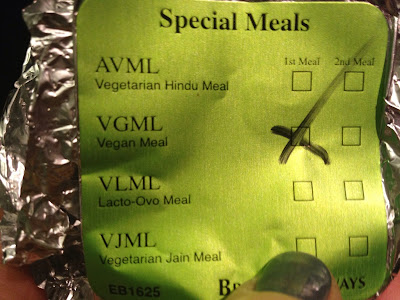 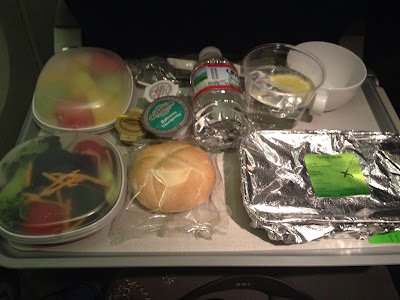 Upon further inspection it became clear that the reality would be a significant downturn from my first impression.  I'll get to the main course- which was just plain icky, but it was the inclusion of blatantly dairy creamer and non-vegan butter that really got my blood boiling.  If you offer a vegan option, people assume you know what that means, dig? 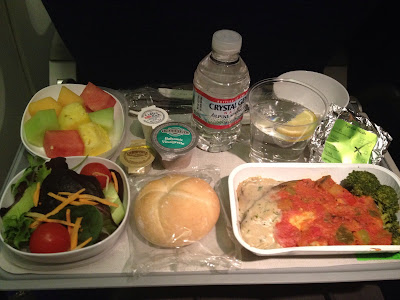 I'm not much for bad language, but, if I had to guess, this is the point of the trip when I began cursing heavily- if only in my mind.  Limp eggplant is bad enough, but half-covered in awful tomato sauce and half-covered in gravy; what the eff is that about?  And don't get me started on what I can only assume were once nutrient-dense broccoli florets.  As if the flight itself weren't enough to make me gag. 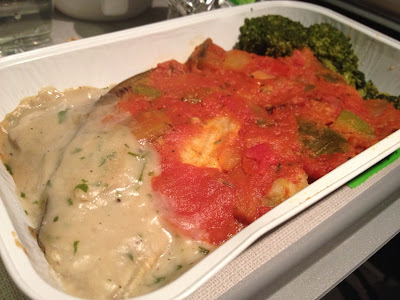 A little later on, a snack appeared.  It felt cool and substantial; we were excited. 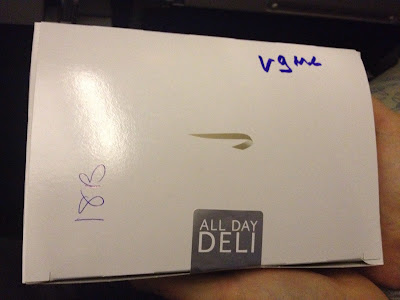 We needn't have been.  Another questionably vegan roll, more dairy creamer & non-vegan butter, orange juice, and apple sauce. What vegan wouldn't want this random mess assortment?  Total gagfest (Although I did drink the OJ). 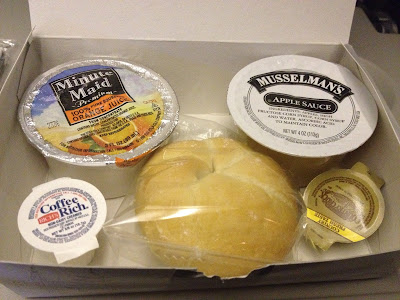 Bigtime fail, British Airways.  I'd joked that the vegan meal would wind up consisting of all vegan things I happen not to like: apples, cilantro...but I'd given you much too much credit.  Those things are actually vegan and would have gone together better than this hot mess.

Fear not, though; the eats vastly improved upon arrival; stay tuned!
Posted by Abby Bean at 9:35 AM