We celebrate a lot of holidays in my family; sometimes they get a little muddled. 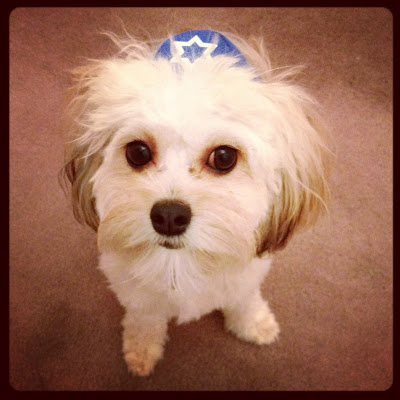 What they all have in common is yummy eats. 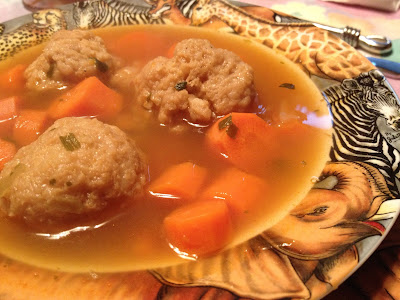 Before that, there was her incomparable charoseth- a.k.a. the one time a year that I eat apple.  Apple, walnuts, cinnamon, wine- all atop matzoh. 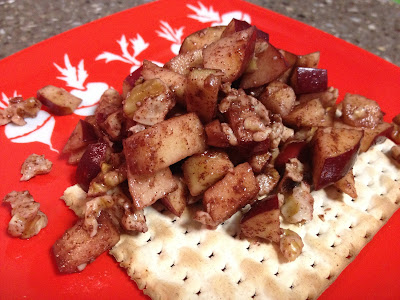 For dinner: peppery mashed potatoes, roasted Brussel sprouts, Veganomicon's chick pea cutlets with apple sauce, and (something she decided to do with) mushrooms and onions. 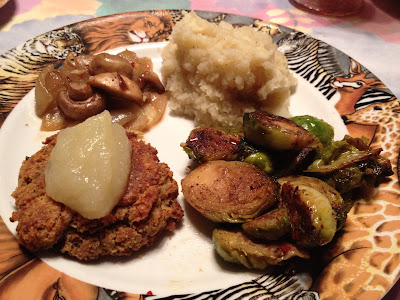 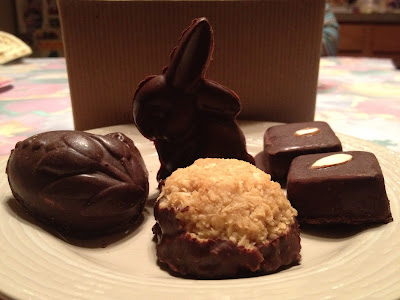 I know I'm always saying this, but this is my new favorite thing from Gone Pie.  Imagine moist coconut in a thick, chocolate, spring-themed shell...then get your own because I already had to battle VM for hers.  Officially: coconut filled chocolate eggs: "Each dark chocolate egg is filled with a rich coconut cream that is a simple, creamy agave sweetened coconut mixture." 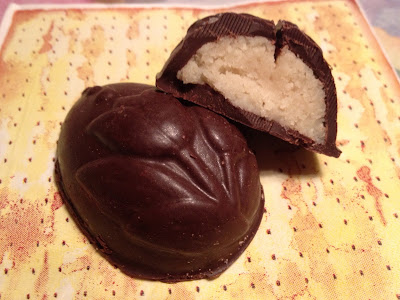 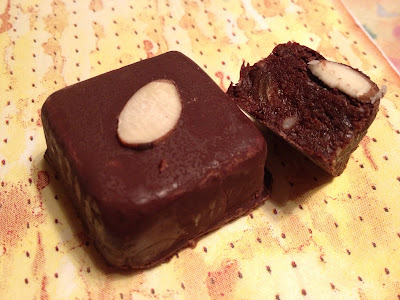 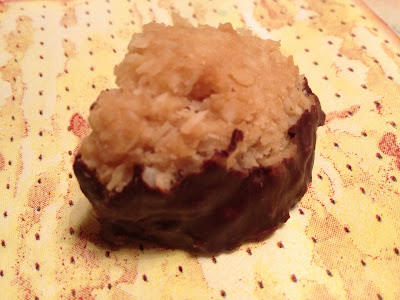 The bunny?  The one that's "over 1 1/2 ounces of fairtrade, organic chocolate blended with cashew and coconut based caramel, giving the chocolate a creamy, rich taste"? 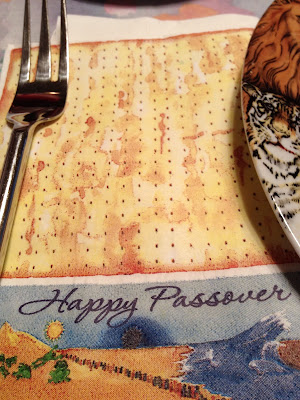 Oh, that hopped into my belly long before it could get ready for a close-up.  Get your own!
Posted by Abby Bean at 7:55 PM