VEGAN LONDON: Starbucks (Much More Vegan-Friendly Than in the U.S.!)

What can I say?  My traveling companion is a Starbucks fanatic, but I was hoping to tea it up like a local in various cafes.  Unfortunately, none of the ones we came across offered any vegan food options- which made the SB oatmeal porridge awfully appealing when we were in need of something to fuel our days of running from one tourist attraction to another. 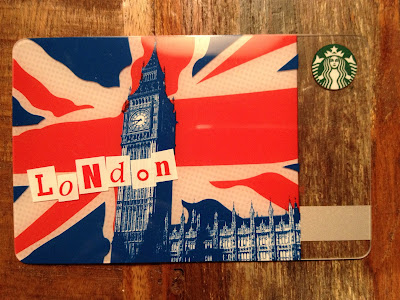 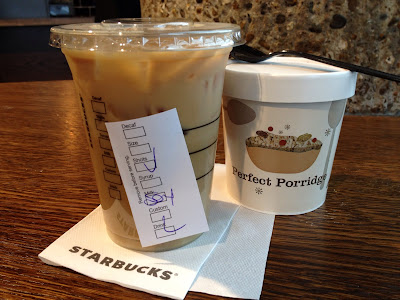 When said friend ordered his coffee with a splash of soy, the barista was kind enough (not to mention extraordinarily pro-active: good luck having that happen in America) to point out that- unlike in the US where the oatmeal is made with water and, therefore, vegan by default, UK porridge comes in "regular" (inclusive of a dairy-derived ingredient) and "soya" varieties.  Choose soya! 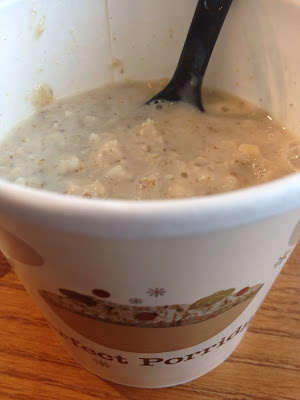 Buuuut, do be forewarned that it isn't porridge in name only.  It was very different from U.S. oatmeal: a larger, more liquidy, stickier portion of breakfasty warmth.  And I, for one, thought it was in dire need of added sweetener (none of the toppings offered were vegan).  Truth be told, most days I brought my own breakfast: in the form of whatever baked good I had leftover from the previous day's haul, and paired it with a soya beverage. 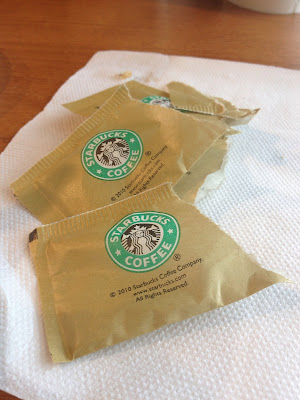 Another difference was that their lattes were MUCH stronger than in the U.S.  Their chai, however, was made with the Tazo concentrate we have here.  Ah, the taste of home. [UPDATE 4/24: It has been brought to my attention (please see the comments) that Tazo chai concentrate contains honey.] 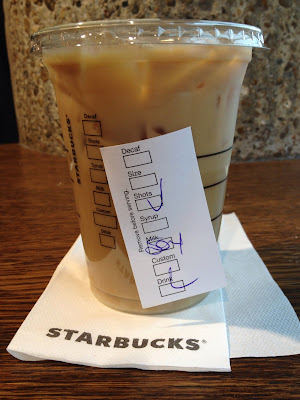 Oh, and guess what?  Unlike America where it's been usurped, UK Starbucks still offer FREE SOY to registered card-holders.  Hmph. 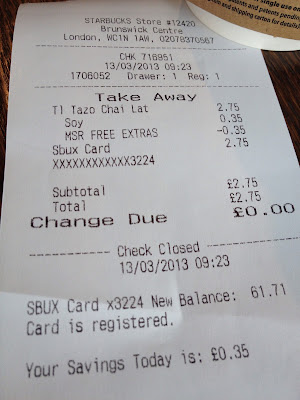 Another UK win: unlike the dairy ingredient-laden American counterpart, the UK dark chocolate candy bar from Starbucks is vegan by default.  Not to mention good!  It was a gift from my traveling companion and it kept me awake for all 130 minutes of Oz the Great and Powerful in 3D (it was a good movie; it was just that we'd spent a long, wintery day at the Tower Bridge and the Tower of London). 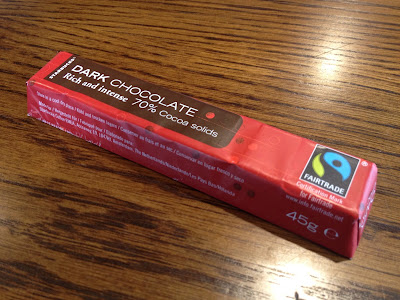 London Tip: As always, Starbucks is a great place to pop into if you're in need of some quick wifi* to figure out how to make it from Big Ben to Harrod's. Be a sweetie and bus your own table; it was disgraceful to see that hardly anyone did this throughout London.

*The wifi in our hotel was spotty, so one evening/early morning we were desperate and found ourselves huddling outside a closed Starbucks taking advantage of their apparent 24-hour wifi!
Posted by Abby Bean at 8:41 AM