In light of the recent VeganSaurus post on the subject, I wanted to check in regarding the Earth Balance Holiday Popps, which I found at Whole Foods. 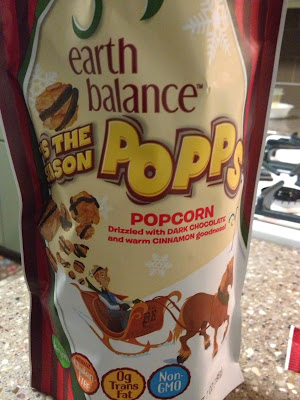 I had the highest of hopes for these popps, as did the vegan cashier who rang up my sale.  Unfortunately, I'm here to tell you that they were dashed.  DASHED!  These popps are VERY cinnamony.  Not to put too fine a point on it, know that they're entirely TOO cinnamony; and this is coming from someone who really likes cinnamon. To add insult to injury, what they make up in cinnamon, they severely lack in chocolate.  In other words, they are NOT very chocolatey.  I love chocolate and there's not nearly enough!  And, finally: almonds instead of peanuts?  I call foul. 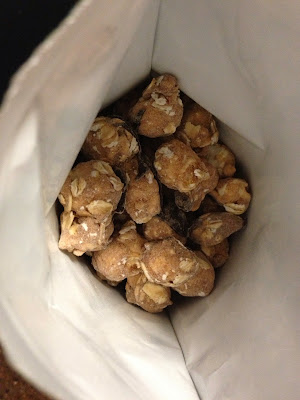 Because I'm a huge fan of Earth Balance's palm-free, aged white cheddar puffs, I had no idea to expect that the Popps would contain palm oil- but they do.  The production of palm oil is destroying rainforests and brutally maiming and killing the orangutans and other animals that inhabit them, not to mention displacing indigenous people and having a wholly negative impact on the environment.  The term "sustainable palm oil" is as-yet unverifiable, so I do my best to avoid it.

Bottom line: the Holiday Popps were a disappointment in every respect.
Posted by Abby Bean at 7:50 AM