I know, I know; I've been home for months now (almost a year!), but here is the final post about my trip to London. 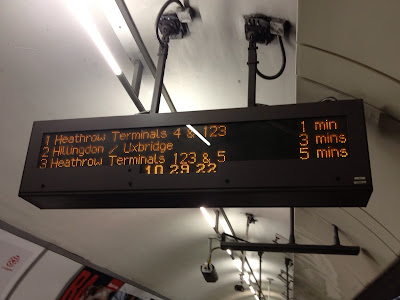 The tube goes directly to the airport, but it was a little confusing because the trains that arrived were not mimicking the sign.  I may or may not have refused to stay on a train that was questionably going to our terminal; hopefully they can work on that because I can't be the only person that didn't get it (or am I?). 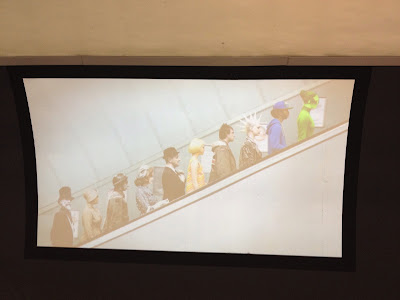 We did go to Harrod's while in London, but I think I glossed over most of our non-food related stops and missed mentioning it.  It was overwhelming and we didn't make it through the whole enormous store (which is probably a good thing since I've heard that there's a pet-shop upstairs).  But, we met a representative from Patchi chocolate in the candy department who sold us what was purported to be vegan (and really amazing) chocolate.  Unfortunately, when I contacted them once home for more information about the product and the vegan ingredients, I received no response.  This was extremely disappointing, as the recipients of the chocolate were really impressed.  In any event, this is just a cool Harrod's sign that is in Heathrow. 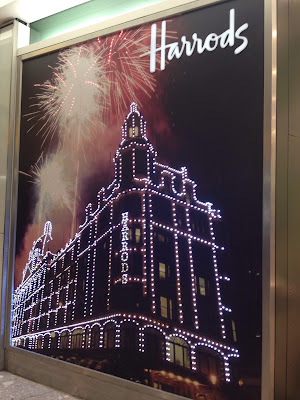 I didn't find any enticing vegan options in the airport (my friend had the forethought to have made a Saf-to-go purchase), so I just waited for the flight anticipating my reunion with 89.

There was a lot going on in my seating section, so I had to rely on my friend across the aisle for the initial photo of everything wrapped.  I was seated on the opposite aisle; there was a nice New York actor in the middle seat, and an insufferable, drunk man at the window.  This man would not stop annoying the flight staff for booze or our shared seatmate for unwanted conversation- even after being asked to stop talking altogether by everyone involved.  Eventually he fell asleep and his foot somehow managed to come to rest upon my neighbor's tray table; it was appalling.


But I digress.  The meal was much more identifiable than the questionable meal going: that's soy rice pudding in the top left (I don't really like rice pudding so I only tasted it; it was okay).  An unmarked roll, vegetables and couscous that were decent at best, and a cold bean salad medley that was the savior of the whole tray.


I can report that we did, at least, receive actual vegan margarine.


We also unexpectedly received this hummus sandwich as a "snack," but I saved it to eat the next day.  The bread was super soggy and the hummus was probably the worst I've ever had.  I'll never understand how you go about ruining hummus.  In sum, British Airways receives extremely low marks for vegan meals.  Not a Biscoff to be seen! 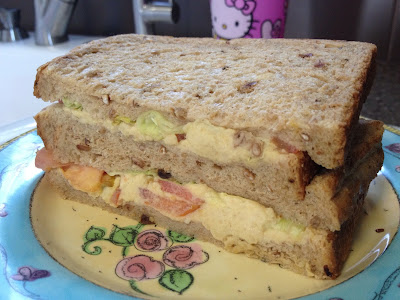 So that's it, an unceremonious end to an otherwise exciting and delicious trip.   More travels to come, though...stay tuned.