A friend stopped by vegan fast-food staple Foodswings in Brooklyn this weekend to find it unexpectedly closed during normal business hours.  A little bit of Facebook sleuthing revealed that many others had a similar experience; so, it would appear that Foodswings has bid us an even earlier adieu than previously expected.  [UPDATE 1/24/14: Foodswings will be open today through 1/26!].  As you might have heard, Foodswings was originally slated to close at the end of the month, making this all the more surprising. 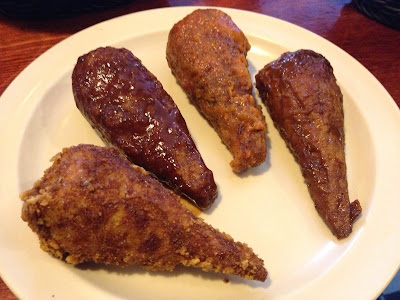 Normally I'd suggest keeping an eye out just in case they reopen for a goodbye blowout, but it's not looking promising.


Like many vegans disappointed by the impending demise of the institution of Foodswings, a few friends and I made a plan to enjoy some of their famous drumsticks earlier this month- before they disappeared for what seems like will be for good. 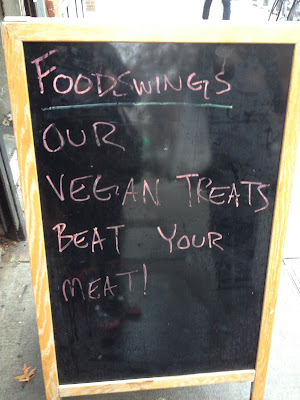 The place was pretty crowded- even Dr. Michael Gregor, nutrition expert, was there to show his support. The decor was slightly different from what I remembered, but the atmosphere was as frenetic as usual. 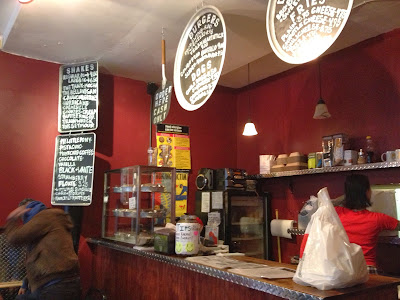 The menu, however, was mostly the same.  Since I didn't want to waste any stomach space on extraneous foods I can enjoy elsewhere, I decided to focus on the delicious drumsticks.  I even waived the combo plate options of salad or mac. 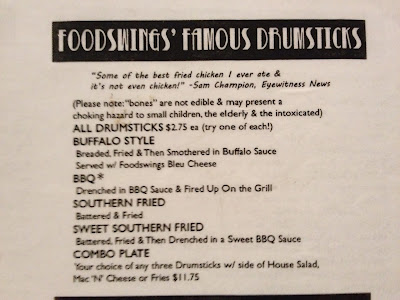 The Southern Fried drumstick with sweet mustard dipping sauce has always been my favorite, so that was a given. 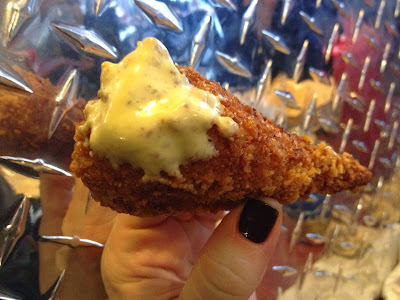 But, on this occasion, I decided to bid them all a fond farewell.

The assortment:
Southern fried (1 of 2!): "battered and fried;" also known as the best! 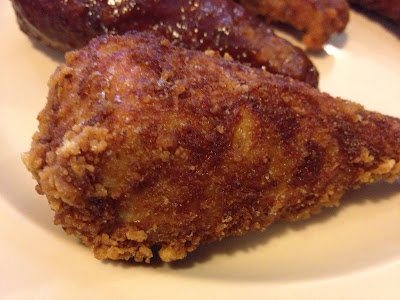 Barbeque: "drenched in BBQ sauce and fired up on the grill;" really good: a little sweet, a tiny bit smoky. 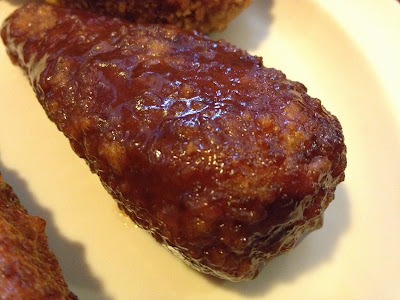 Buffalo style: "breaded, fried,and then smothered in buffalo sauce; served with bleu cheese;"  I know this is everyone else's favorite, but it's my least.  Plus, the bleu cheese doesn't hold a candle to the sweet mustard. 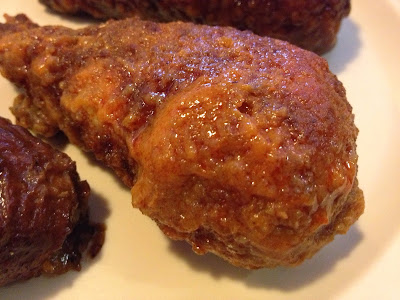 Sweet Southern fried: "battered, fried, and then drenched in a sweet BBQ sauce;" so, the problem with this one for me is that the BBQ mushifies the perfect crunch of the southern fried batter. 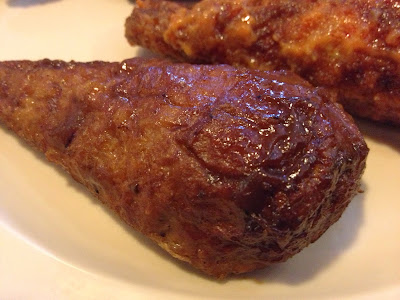 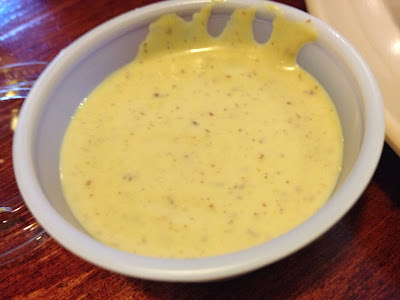 We were all so focused on the matter at hand (stuffing our faces) that properly recording the table's other indulgences slipped my mind.  Nachos, disco fries, and mac 'n' cheese were all represented whilst I focused solely on the drumsticks.  No regrets. 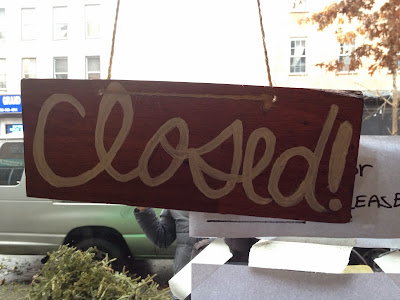 Keep an eye on their Facebook page for any new developments, but it does appear that they've closed permanently.

Non-vegans are prone to dismissing veganism because "there are so many people who need help"- presumably before animals.  In most cases, those making such declarations don't actually do anything to help humans, so it's just a theoretical excuse.  In the broader picture, by helping animals we are helping humans; veganism is a tremendous start towards alleviating all unnecessary suffering.  And, the bottom line is: you don't bring any harm to humans by helping an animal.

Support vegans.  Support their events, products and businesses.  But, most of all, support their plight.  It's just as easy to go vegan in order to consciously decrease animal suffering as it is to make excuses and continue to directly contribute to it.  Take responsibility for your actions.