Was so excited when I learned, shortly before the grand opening, that an all-vegan, fast casual, burger shop was coming to New Brunswick, NJ. I wasn't able to make it to the SeedBurger opening party, but I followed  a bit of the journey on social media (this photo made my week for obvious reasons) and finally visited on my way to see Preacher and Justin Lawson perform at the Stress Factory. Vegan food followed by vegan comedians? LEVEL FIVE VEGAN, Y'ALL. 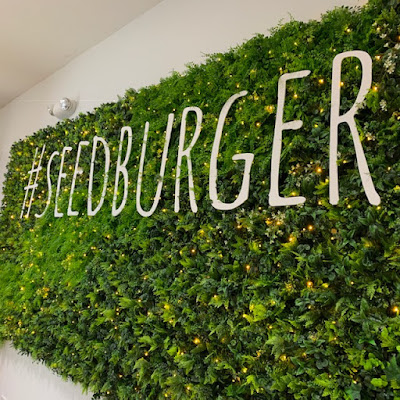 Unless I'm missing something, be prepared to look for street parking; we did fine. The resto is bright and inviting; best of all, it was crowded! You order at the counter and your food is brought out to you; there are individual tables as well as a communal table depending upon preference and availability. There's free wifi, dance encouragement, and a bright, clean restroom WITH HOOKS on the back of the door. 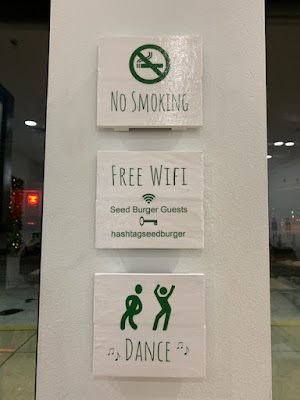 Did I mention ice cream? There's ice cream too! 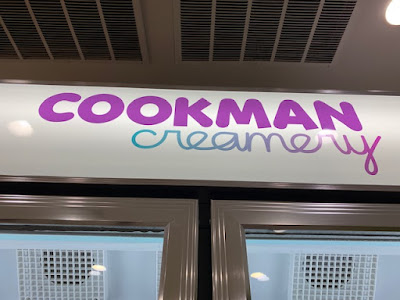 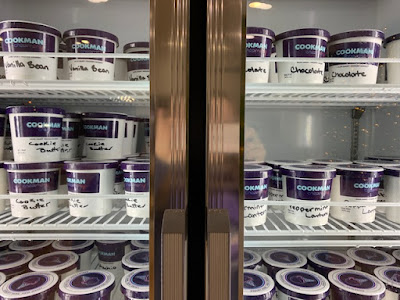 Cookman Creamery pints to go (or to stay; no one is judging) and a legit amount of flavors to enjoy by the scoop. 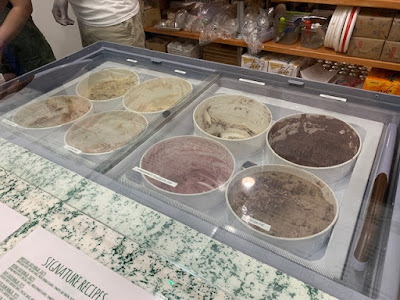 But, let's start from the beginning. Follow along with the menu, if you please.

Happy to report that aside from the Beyond and Impossible burgers on offer, which are probably the biggest draw to vegans and non-vegans alike, they offer two veggie-based burgers to choose from. Combined, we wanted to try just about everything, and we pretty much succeeded.

My first choice was the chipotle bean burger: black bean patty, chipotle sauce, fresh spinach leaves, tomato, red onion, pickles on a pretzel bun. I added cheese and avocado to the burger and curly "air" fries on the side (most things are a la carte). 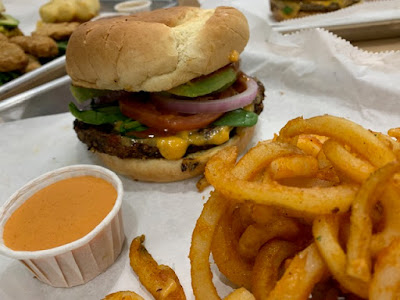 I'm assuming it was a pre-packaged patty, but it was really good. The cheese (chaze) & avo add-ons were plentiful and worked really well with the black bean base. I'm not a huge burger fan, but I really, really enjoyed this. The chipotle sauce wasn't spicy, but had a really great taste. The bun did not seem to have even a hint of pretzel, but the only real disappointment was the curly fries: they came out limp and barely lukewarm, which I recall as a issue with the "air" fries at another vegan establishment that shall not be named.

My SO errs on the meatier side of things, so he got us a buffet that included a build-your-own Beyond Seed Burger AND an Impossible Seed Burger- both with buffalo sauce; cheese & avocado, as well as an order of chick n' tenders, which he immediately identified as Gardein. He also got an order of yuca fries- despite my protestations, which was the exact right thing to do. Although I normally don't enjoy yuca, these were outstanding: crisp and delicious; definitely the fry choice of the evening. Don't be fooled by the buffalo sauce because it's light in color; it's awesomesauce nonetheless.

The Beyond burger is a thicker patty than the Impossible, but because he was familiar with both: pretty standard and enhanced by the toppings - bonus points for being able to get it off a vegan grill at an all vegan establishment.  Please note that the "special" sauce and the "house" sauce are the same; it's referred to differently in different places, but we confirmed. It has a Thousand Island quality to it- albeit thinner and no chunks, thanks to pickle juice instead of pickle bits.

We left over just enough food to justify getting ice cream for dessert (i.e. one tender and 2.5 curly fries). We tasted a couple of flavors, but ultimately both chose a scoop of cookie butter each. 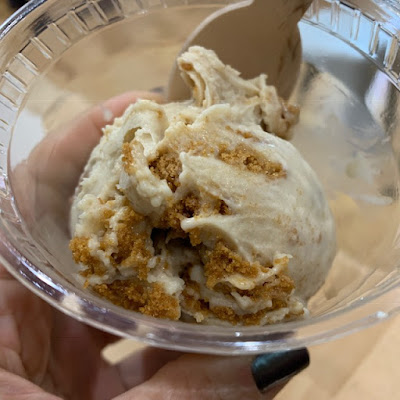 Best of luck, SeedBurger!
Posted by Abby Bean at 4:47 PM

Email ThisBlogThis!Share to TwitterShare to FacebookShare to Pinterest
Labels: SeedBurger