So, I unintentionally left myself with not much in the way of foodstuff to start the week.  Making the best of what I had left, for breakfast, I decided to try a greenish (or should I say -ist!) smoothie instead of juice.  A cucumber, raspberry, almond butter, cinnamon (and water) smoothie, to be exact. 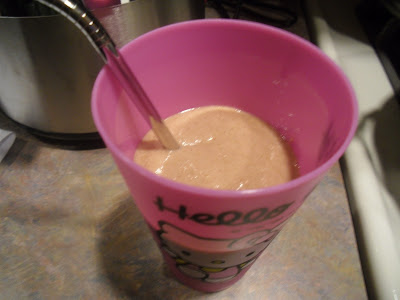 Magic Bullet to the rescue. 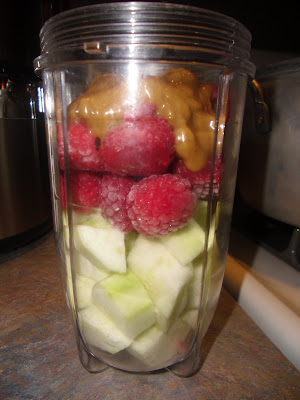 It was kind of like peanut butter almond butter and jelly, but...different.  Thankfully I had frozen my fresh raspberries, so that added a chill and thickness to the smoothie that would have otherwise been warm and liquidy.  Without them, I would have definitely had to add ice cubes.  The almond butter was the dominant flavor, so I would have to adjust the proportion in the future.  Overall it was thick and heavy, albeit only about 8 ounces.  Very filling.

I had nothing to pack for lunch, so when the time came I had to venture out into the real world for some healthy grub.  Finding vegan food is one thing, healthy vegan food quite another.  Turns out, this is even harder on Columbus Day.  To make matters worse, I somehow forgot my cell at home.  If someone wants to complain and there is no means by which to text, are they still annoying?  It didn't matter; the smoothie had been so filling that I really wasn't hungry. 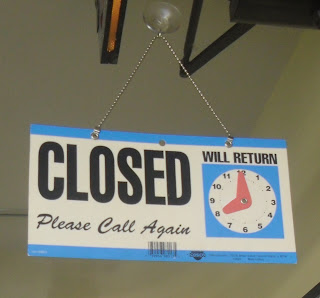 For dinner, a reprieve.  I'd forgotten that I'd picked up some broccoli when purchasing the ingredients for my zucchini spaghetti.  To make up for yesterday, I ate the cruciferous veg raw with shabby sheik hummus from AFR (p. 138).  Since I'd eaten so many chick peas over the weekend, I subbed cannelloni beans.  I tripled the cayenne for obvious reasons. 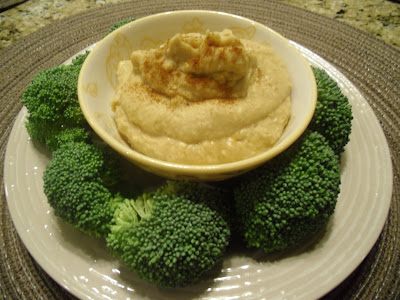 I also made a salad of mixed greens, thinly sliced avocado, and peanut almond lime dragon dressing (AFR p.34).  I subbed Bragg's for soy sauce; this dressing was great!  I will note that it's very watery and prone to separating, so plan to prepare and serve immediately.  Leftovers aren't advisable. 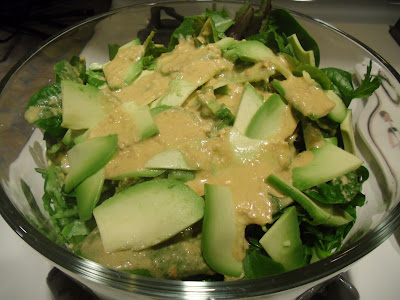 Fear not; I will be better prepared tomorrow and there will be kale.
Posted by Abby Bean at 6:28 AM