"You cannot build a reputation on what you are going to do." -Henry Ford 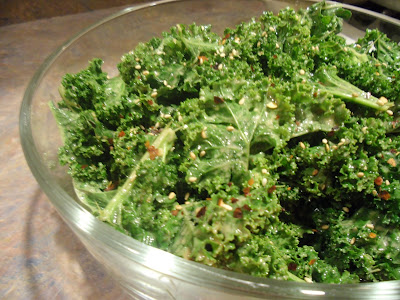 I am strictly an ethical vegan: vegan for the animals, not my health or the environment (those are just grand side effects).  Admittedly, I'm not the healthiest eater (although I do love raw kale salad).

I've read about cleanses and considered them, but they've never seemed my style.  Plus, I was under the impression that they involved pricy, store-bought juices and I certainly couldn't justify that.  But then a couple of friends started the self-propelled (and community supported) 21-day Adventure Cleanse from Crazy Sexy Diet.  These gals are better eaters than me to begin with, and way more fit; I still didn't feel like it was for me.  I started following one of their blogs, Well of Intention, but more out of genuine interest and support than camaraderie.  Then I met up with one of them at a recent dinner for another friend and WOW, did she look great.  Not only was she physically stunning, but her whole being just exuded happiness and clarity.  To be fair, after catching up I learned that both her personal and professional life were in a really great place.  But, which came first- the soy chicken or the tofu egg?  Did it matter?


Coincidentally, it was that time of year again for Vegan MoFo.  I'd never participated because, although I blog regularly, the idea of doing so every day seemed a bit daunting.  But what if I combined the two considerations and tackled both a cleanse and MoFo simultaneously?  Genius or crazy?


When I emailed a trusted friend about whether or not I should finally participate in MoFo he was unabashedly enthusiastic.  I was a little more trepidatious about suggesting the possibility of a cleanse.  In fact, I was actually afraid he'd think someone had hacked into my email account, so I ended the message with, "This isn't spam; it's really me. I'm eating a Terri chocolate chip mocha brownie for breakfast."  Thankfully, he was just as supportive about the cleanse idea (although he did concede that "Yep, only you would have a c.chip brownie as you’re talking of a cleanse") and extremely insightful about the idea of my MoFo relying solely on a lifestyle I know nothing about.  I was thrilled with the input and support, but still wondered if I could really do either- let alone both.

I told VM about my idea and she gave me her lemon-face.  The last time I saw this face was the first Thanksgiving I was a vegetarian; it's not a good face to be on the other end of.  After some prying I was able to determine that she thought a cleanse non-negotiably included colonics.  First of all, no.  Second of all, no.  Third of all, no more Howard Stern for her!

The Crazy Sexy Diet book remained in my shopping cart, the MoFo sign-up form perpetually minimized in my computer tray.  I badgered the cleansers who inspired me for days straight and attempted to will a friend to embark on the journey with me.

And then I just decided to do it.  Why not?  The only thing really standing in my way was taken care of when LB kindly provided me with my blog's feed address (so I could actually sign up for the MoFo), and here I am- on my way.


Disclaimer: I will officially start the cleanse on Day 4 of MoFo, reporting back on Day 5 (unintentional convolution; stick with me, peeps).  I must sheepishly admit that today, MoFo Day 2, will consist of an all-out Cinnamon Snail feast.  Surprised?  Newbies should poke around my blog and they won't be.  Hear all about it tomorrow.  And then, a cleansing adventure on the horizon...
Posted by Abby Bean at 6:17 AM