Vegan MoFo Day 26: The Cleanse is Over; Bring on the Grub! 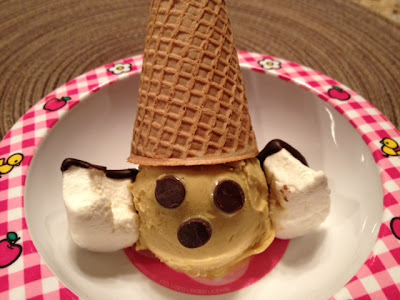 At about 10:00pm on the last night of the cleanse I decided I needed to at least smell chocolate, so I unwrapped one of the Earth balls I'd been saving.  Imagine my furor when I realized I'd bought milk chocolate by accident.  Here I was expecting those deep, dark, spheres of days gone by and instead: milk.  I bellowed, "I BOUGHT MILK CHOCOLATE BALLS!" to no one in particular, and then pouted. 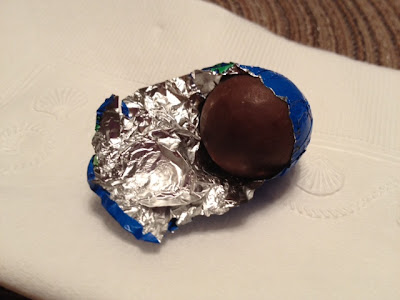 By midnight I was ready to call this cleanse a (21) day(s) and I went to grab my peanut chews.  Unfortunately, I'd forgotten where I'd hidden them.  After a few panicked minutes of searching I found them and dug in.  Eew; was this what I'd been waiting for?  No; yuck!  They didn't taste at all like I'd remembered; so, rather than continue eating something I didn't particularly want, I abandoned them.  I had been looking so forward to enjoying them and instead of satisfying my long overdue sweets craving, all they did was leave a bad taste in my mouth- literally.  Had I lost my taste for sweets? I decided to go to bed and consider the thought in the morning; it was too mind-boggling. 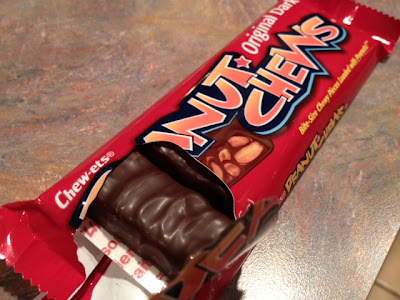 I knew that even I wouldn't feel like candy first thing in the morning, but I expected to be giddy at the prospect of eating whatever I wanted.  Instead, I woke up full.  Full?  From a bowl of soup & 1/5 of a peanut chew?  Who had I become?

I also woke up unusually early and well rested, so I just started the day with some orange juice.  It was sweet, good, and...filling.  Really?  Really. 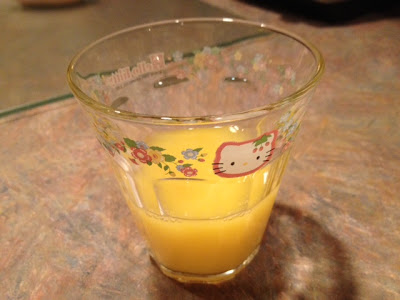 An hour passed and I still wasn't really hungry, but I knew I had to eat something before I headed off into commute-land.  Believe it or not, I was stumped; the limitless choices seemed unnavigable.  Oatmeal?  Awfully heavy when compared to cucumbers.  Buttered toast with a mountain of cinnamon sugar?  VM was probably right- not exactly appropriate for the first post-cleanse morning.  So, my breakfast wound up being a toasted bialy half with cream cheese and black raspberry jelly. 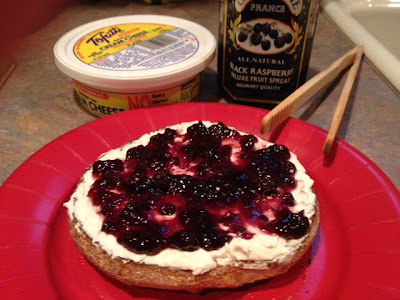 Delicious, but heavy.  I usually dig the dough out of my bagels, but I was so out of practice that I forgot.  So, halfway through my nosh I was stuffed.

For lunch I bought, washed, chopped, prepared, and packed NOTHING!  It's pretty slim pickins around where I work, but I left myself open to get salt and vinegar potato chips whatever I wanted.  And what do you know?  I wanted kale salad.  Who am I?  With none in tow, I decided to splurge and go to Starbucks.  Well hello, tall-soy-decaf-cinnamon-dolce-extra-hot-no-whip-no-foam-latte; so nice to see you again. 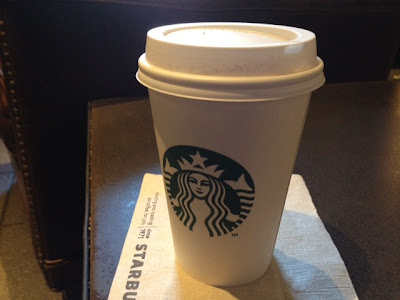 Ultra creamy and rich; it took me 40 full minutes to savor this beverage.  I guess it's true what they say, that you appreciate things more when you don't have them often.  But I was beyond full from the veritable cup of soy milk for the rest of the day.

Dinner!  VM halfheartedly offered to make me ceremonial spaghetti (she really doesn't like to cook) now that the "madness" was over, but I asked her to hold off; I had another meal in mind. 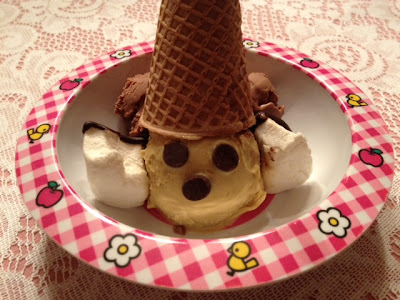 That's right, it was time to break out the Lula's pumpkin ice cream I'd been saving (admit it, a part of you thought I'd eaten already).  And what better to do with it than to replicate the happy ending sundaes of my Friendly's youth?

So good!  Now this is something to enjoy.  Smooth, chippy, chocolate chip and perfectly creamy, autumnal pumpkin goodness; thank you, Lula's Sweet Apothecary; that really hit the spot!

Did anyone catch it?  In lieu of whipped cream, I used my Sweet and Sara marshmallow bat-wings for the clown hair!  I know: culinary genius. 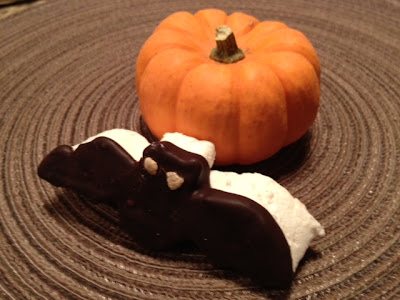 To recap, the first day post-cleanse didn't go exactly as planned.  Instead of blindly gorging on everything I could get my hands on, I found myself thinking thoughtfully and carefully about what I wanted to eat, and didn't waste any chewing on things that I couldn't truly enjoy.  So maybe there is something to this cleanse idea after all, even for me.

I admit it, the idea of clean food really appeals to me and I could stand to eat raw more regularly.  It's the feasibility of maintaining it as a constant lifestyle that makes it so repellant to me.  Making your own dressing every time you want a salad is tiresome!  Oh yeah, I also love snacks.  But a cleanse isn't intended to be a lifestyle; there is a happy medium and I will try to find it.  To be continued...
Posted by Abby Bean at 5:46 AM