The eats in my last post were so stellar that I feel the need to begin this one with a bit of a disclaimer.  Yesterday was tricky- trying to stay true to the cleanse while eating all 3 meals out of the house was no easy task.

For breakfast I had an avocolada from Perelandra, an incredible natural food store right near my friend's apartment. 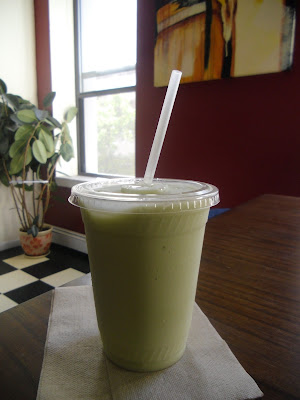 Avocolada: "ice, avocado, coconut juice, lime, honey agave"; the first few sips were unusual because of the lime, but after that it grew on me as a mild, barely sweet shake.  I'm still not sold on using avocado in desserts, but maybe now I'll at least be gutsy enough to try one in a smoothie at home. 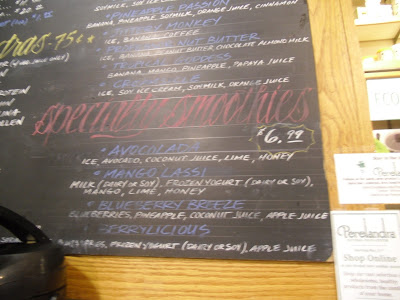 Lunch was more of a snack- NY Naturals raw kale chips, also from Perelandra.  Please note that I did not eat the whole box!  There was a lot of sharing going on. [UPDATE 10-11-11: Prompted by a comment below giving me credit for will-power, I feel I must come clean and explain.  I would have eaten the whole box, had it not been for a kale chip injury I suffered early on in the snacking episode, whereby a monstrously pointy kale stem impaled my inner gum, rendering me incapable of eating to full capacity.]


For dinner a group of us met up at V-Spot and I admit that instead of scouring the menu for a more raw-friendly meal, I got sucked in by the awesome Sunday dinner special.  It starts off with a choice of soup and one of their famous empanadas, ending with their special of the day.

I chose the butternut squash soup, which was a little heavy on the nutmeg, but otherwise delicious. 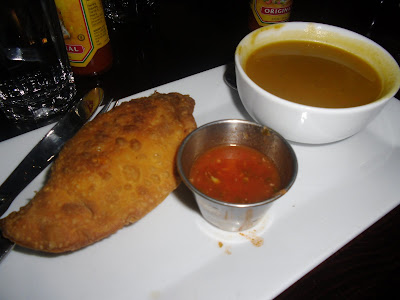 I thought that the empanada was the black bean variety, so I intended to just eating the filling (no fried dough on the cleanse).  When I realized that it was actually a seitan empanada, I was snapped back into reality (no gluten on the cleanse).  The tablemate at my elbow received the bounty and I refrained from eating even a bite. If anyone deserves an extra empanada from me, it's him; win-win. 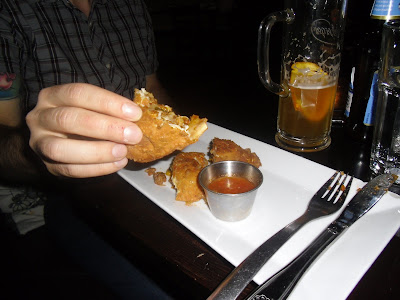 For dinner, (gluten free!) quinoa with curried kale, "ginger flavored organic quinoa with sauteed coconut curried kale, chickpeas, and organic tofu".  The curried kale was extremely rich tasting; could that be an effect of the cleanse?  Interesting if yes.  I gobbled it up along with about half of the quinoa.  Note: I don't recall seeing any tofu in my dish. 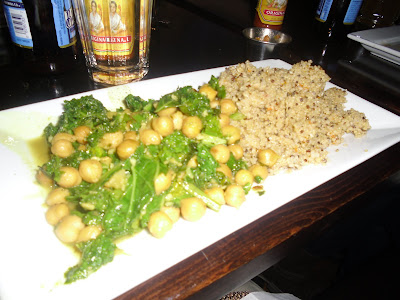 So there you have it; not nearly enough raw food, but I didn't exactly eat a pizza.  It's hard enough learning to follow this cleanse at home; doing it out is a whole different story.  In my defense, we did walk about 100 miles around Brooklyn over the course of the day, so I felt all square on the exercise front.

Incidentally, a few things happened this weekend that left me wondering what the universe is trying to tell me about this cleanse.

1) Lula's has rolled out pumpkin ice cream for the season!  How is someone supposed to resist that- especially right smack in the middle of autumn?  Perhaps the reason we didn't go to Lula's after dinner was for that precise reason; my friends knew I wouldn't be able to resist!

2) Those adorable and chocolatey marshmallow bats are back for Halloween; Sweet and Sara, I can't quit you (for longer than 21 days)!


3) My Vegan Pie in the Sky cookbook is expected to ship earlier than expected.  As in next week.  During my cleanse.  No fair!
Posted by Abby Bean at 10:16 AM