Lemon Blueberry Poundcake and Some History

Even though I've always loved chocolate desserts and avoided fruit variations, there has always been a special place in my tastebuds for my grandmother's lemon pound cake.  VM would serve the mildly lemony cake chilled, each slice cut into 4 dense, moist, "sticks" of cake: the perfect treat for small fingers. 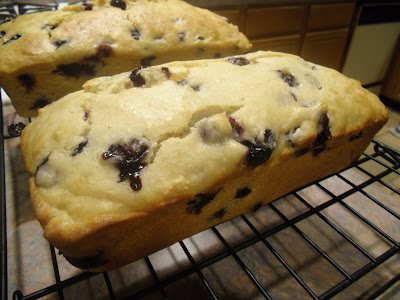 When I became interested in cooking I asked VM about the recipe.  She waffled between claiming a mysterious memory lapse and cryptically promising to get the ingredients one day.  VM doesn't cook much, but when she does- look out.  So, I imagined all kinds of secrets involved and waited impatiently- for years.   But when the day finally came it wasn't as momentous as I had expected.  Actually, it went something like this:

Me: Why is there a box of Duncan Hines cake mix in the pantry?
VM: It's for the cake.
Me: What cake?
VM: Grandma's cake.
Me: That's the secret?  That's not an "ingredient".
VM: No, the ingredient is the box of pudding mix next to it.

Yes, sad but true.  Apparently this deified dessert was actually the lemon pound cake recipe that has been printed on the back of every Duncan Hines lemon cake mix box for, by my calculations, at least the last 3 decades.   So, what's a vegan to do?  I got to veganizing.  Both the box of cake mix and pudding were accidentally vegan, so all I really had to do was replace the eggs.  Easy?  Yes?  Successful?  No.  Not exactly the cake of my memory. 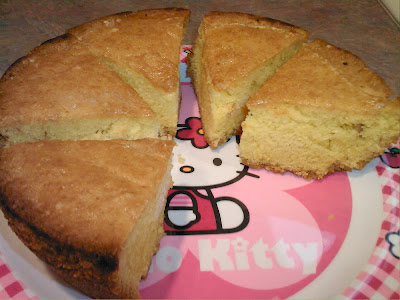 To start, the hue was unpleasantly radioactive, so perhaps my tastebuds couldn't rationalize with my eyeballs.  Either way, I found it inedible.  I really don't think the egg replacer is all to blame; perhaps my memory is faulty or my palate has evolved.  It has also crossed my mind that VM is simply hoarding the real recipe for reveal when she starts her own blog.

Whatever the problem, I was still on the hunt for the perfect lemon poundcake.  Enter Vegan Diner.  After the success of the strawberry double chocolate pie, I was anxious to try another dessert from the same tome.

I'd recently read a tip that if you want to prevent your fruit from sinking to the bottom of your baked goods, simply coat them with flour.  It worked! 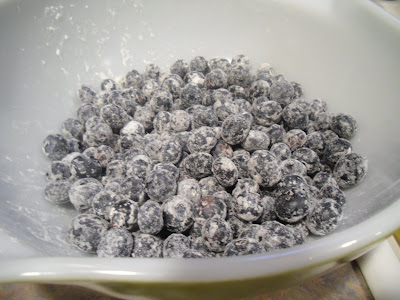 Lemon zest was conspicuously absent from the Duncan Hines recipe; perhaps part of the problem? 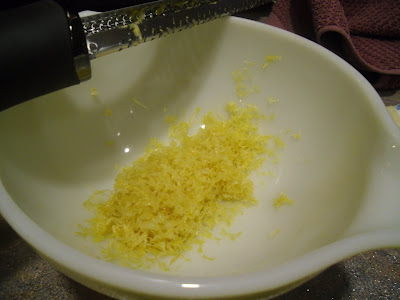 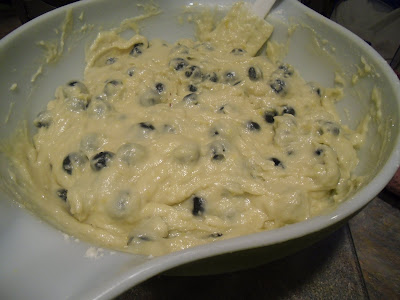 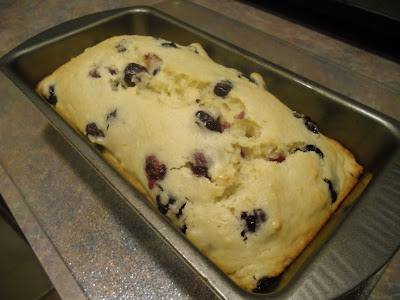