Since cooking classes are out of the budget of late, I've been somewhat hooked on Vegucating Robin, the relatively new, online, vegan cooking show hosted by Robin Quivers and Gavan Murphy.  Their recipes all seem appealing, hearty, and do-able, and I finally attacked the spaghetti squash It Looks Like Pasta recipe, accompanied by It's Not Pesto Without Pine Nuts (with slight variation). 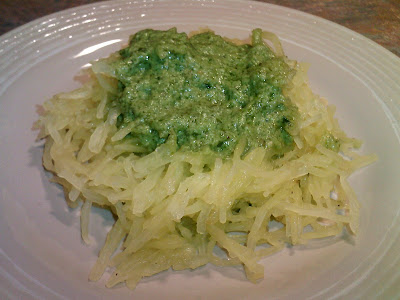 First off was the spaghetti squash.  Be forewarned that halving it is a very dangerous feat for all fingers involved, but after that it's pretty much smooth sailing.  However, it bears repeating; halve your squash with extreme caution.


Once divided, enjoy the aroma that reminds you that this is going to be no more fun to de-seed than a pumpkin. 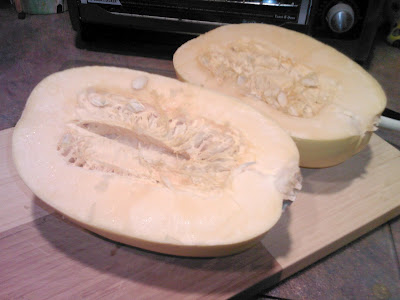 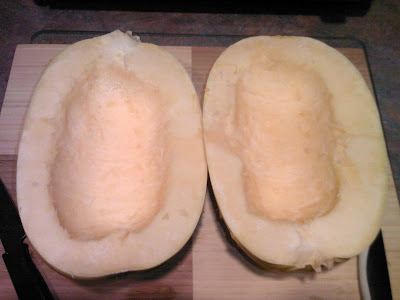 Because I was really out of my element roasting squash I was hesitant to deviate from the recipe.  So, the only variation that occurred was that I didn't use fresh herbs on the pan.  And guess what?  The dried worked fine.

The great thing about spaghetti squash is that it requires no special skill or equipment.  All you need is a fork and nature does the work for you. 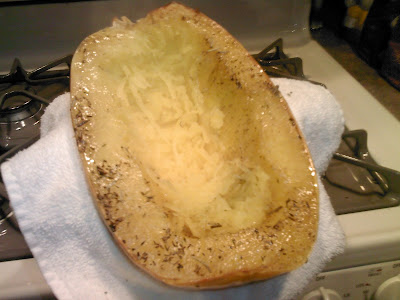 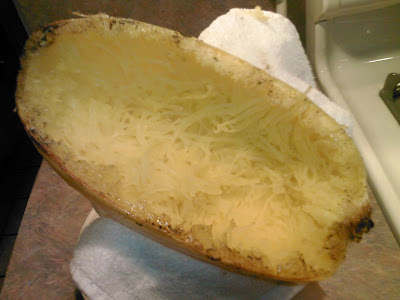 Remember to scrape all the way down to the skin.  Much like an avocado, you'll know when you've gone to far. 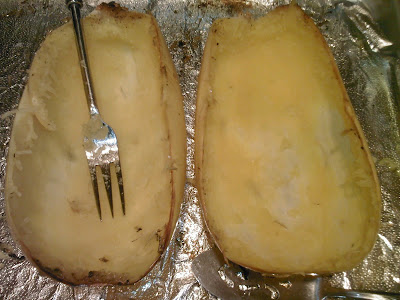 Eventually you'll wind up with a great big mound of vegetable spaghetti. 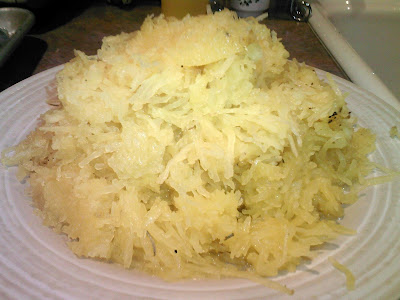 Unexpectedly, my basil plant has been flourishing since I brought it indoors from the sunroom for the winter and I had just enough of its giant leaves to make a nice batch of pesto using the VR recipe.


I was all zested out, so I substituted 1/4 cup of lemon juice for the lemon zest.  I also added 2 tsp minced garlic and cut the oil by 1/3.  It was good, but I prefer my pesto creamier, i.e. even less oil and more nuts. 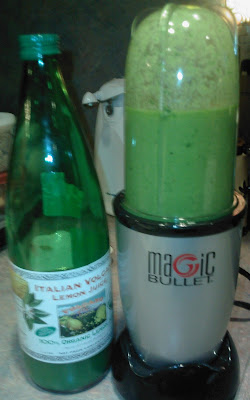 In general, I'm not a huge fan of pesto; so, I don't make it often.  But with the spaghetti squash it was infinitely superior than on traditional pasta.  Serving it on a vegetable rather than macaroni really cuts the richness to a tolerable and more healthful level. 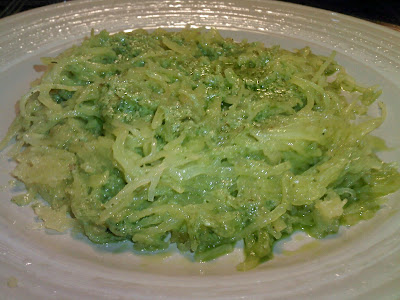 For leftovers I tossed in some tomatoes and it was even better. 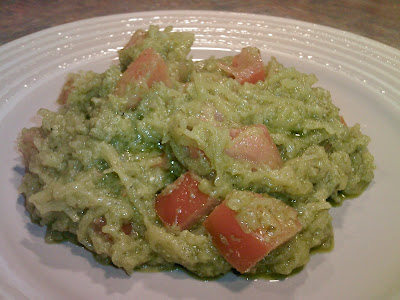 Tip: For whatever reason, it's much easier to navigate and print recipes from Gavan's site than directly from Vegucating Robin.
Posted by Abby Bean at 8:01 AM