It all started with a bounty from someone else's incredible CSA share.  For starters, I received my very first batch of fresh okra.  It doesn't seem like it would be, but it's kind of sticky like lotus root. 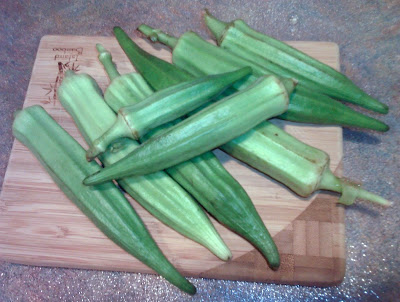 I am now convinced that I have only ever eaten frozen okra in the past (restaurants included) because I had no idea to expect such a pleasant taste and texture; even the seeds were delicious: popping as I chewed.  I have The Indian Vegan Kitchen to thank for my okra with onions (p. 110): simple to prepare, extremely fragrant, and impressive results.  This is the kind of dish that fools me into thinking that I'm a masterful chef. 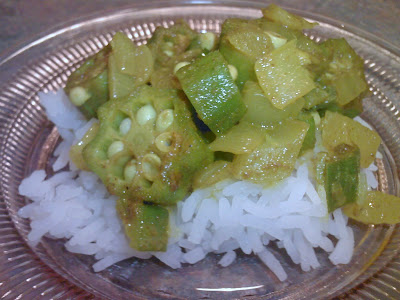 This was also my first association with fresh edamame.  Cooking confidence buoyed by my previous dish, I simply prepared these as I thought I should (then later Googled to confirm my technique): by pouring the vigorously cleaned pods into boiling water for nine minutes, draining, then sprinkling generously with sea salt. 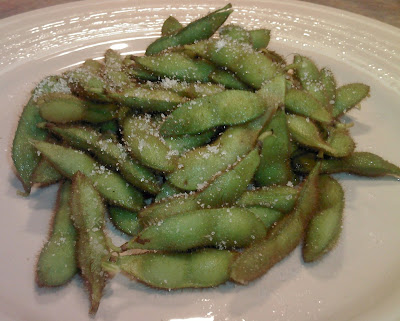 I've eaten edamame out countless times, and frozen pods by the truckload at home.  I've never found them to be so obviousy furry; is this a trait specific to fresh pods?  Or, more likely, are store-bought treated in such a way so as to bleach and/or remove the hair? 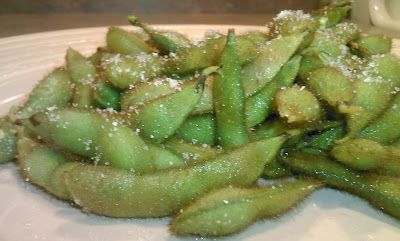 Don't get me wrong, they were absolutely delicious.  But, seriously; look at them.  They're practically mammalian with all of those brown bristles!

Finally, tomatillos.  I have never purchased a tomatillo, nor have I intended to do so.  But there they were, having been gifted to me in all of their oddly, sticky glory. 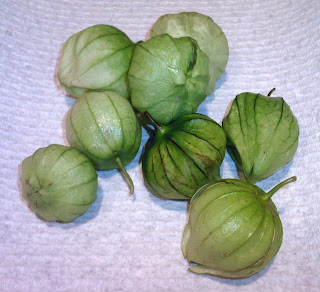 Since they were so tiny and I didn't have many I wasn't sure what to do with them.  I decided on the salsa verde recipe in The Candle Cafe Cookbook (p. 168), leaving it to chill and firm overnight in the fridge.  I didn't realize until after I made it, served it to an unappreciative audience (me), and re-checked the recipe, that I put in way too many onions.  Um, I'm not good at math; my bad!  Either way, there is no love lost between me and tomatillos; I don't think we'll be friends.


With all of the fresh grub I decided to give my overflowing basil plant a serious pruning and trim. 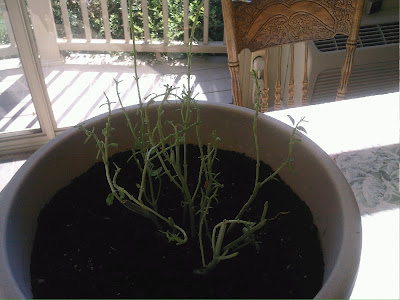 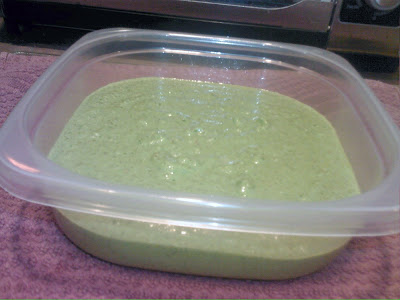 Despite its somewhat grody appearance below, it was definitely the best pesto I've made thus far.  That little container was more than enough for a whole box of whole wheat thin spaghetti, but I would cut down if working with quinoa or brown rice pasta, as they seem to absorb more sauce.  While this was good cold and room temperature, it was definitely best warm: freshly tossed. 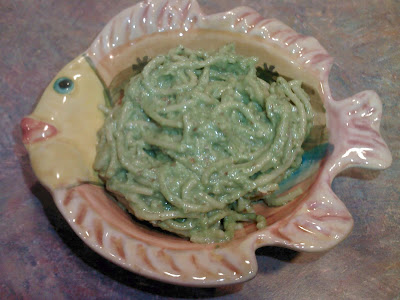 At this point I realized that my own topsy turvy vast garden was overflowing with green chili peppers.  So, I picked all of the ripe ones and, along with every other hot pepper I could scrounge up from the fridge, tackled the South African green beans from Vegan Fire & Spice (p. 131), with the following modifications: double the oil, quadruple the hot peppers. 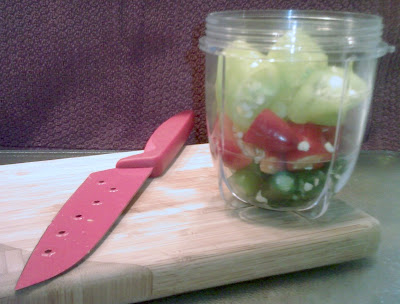 Very spicy (and delicious), I think this would have been more of a crowd-pleaser had it been served over rice or something else that would have absorbed all of the excess pepper seeds and capsacian that otherwise went to waste on the inside of my bowl. 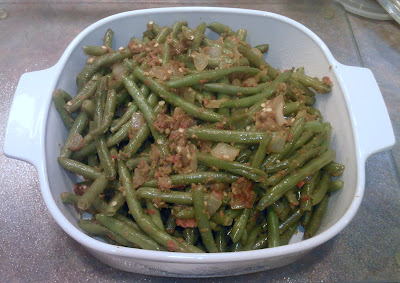 That's all the greens I have for now; I think I'll head over to Vegan Treats to balance things out.
Posted by Abby Bean at 7:22 AM