About a hundred years ago I spotted Frozen Hot Chocolate for the first time, in the dessert section of a chain restaurant menu.  When I asked the waitress about it, she said only that it was like hot chocolate- but cold.  I ordered it despite the lackluster description, and it turned out to be one of the best drinks ever.  I managed to have it twice before becoming vegan, although they've long since taken it off the menu. 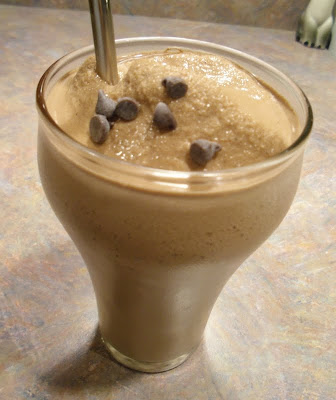 Having had the original, I can best describe it as the coldest, thickest, most chocolatey shake you can imagine.  Fast forward decades years later and a co-worker to whom I'd been describing the drink gifted me the Sweet Serendipity cookbook, containing Serendipity 3's famous recipe for frrrozen hot chocolate.  If you've been to Serendipity 3, chances are you didn't eat anything; it's not exactly vegan friendly and neither is the cookbook.  But I thought I could change that by adapting the frrrozen hot chocolate recipe with vegan ingredients.  I won't go into detail, but suffice it to say it didn't work.

And then one day it occurred to me why; the soy milk I'd been using wasn't mimicking the fat content of the full-fat cow's milk.  So, I substituted coconut milk and voila: the coveted and authentic frozen hot chocolate- cruelty-free! 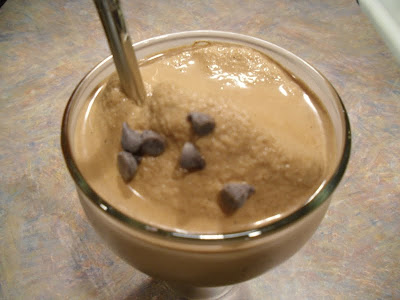 directions:
Tip: once your chips are melted, remember to move quickly through the remaining steps.  If you're too slow, the melted chocolate will sieze.

* If for some reason you don't have a Magic Bullet, you can certainly use a blender.
Posted by Abby Bean at 12:43 PM