On the way home from Catskill Animal Sanctuary, we decided to try out the all-vegan, Asian, Pure City Healthy Vegetarian Restaurant in Pine Bush, New York.  According to their menu, "We only use 100% natural, vegetarian soybean ingredients, no saturated fat, low sodium, no cholesterol and MSG free.  A healthy nutritious balanced diet, suitable for all." 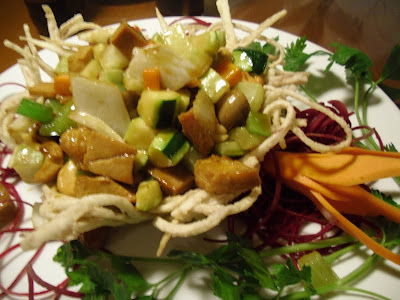 After a bit of a drive on considerably windy roads, we were happy to finally find ourselves in a town, on a literal Main Street, and see this: 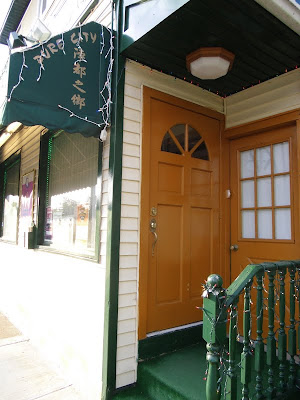 We didn't have any idea what to expect, but the dining room was startlingly pretty- with stained glass light fixtures over each table.  The restaurant seems family-run, as a young man and a young boy- presumably brothers, serve as waiters.  They both hustled, with the latter trying to spend the down-time reading at an unoccupied table. 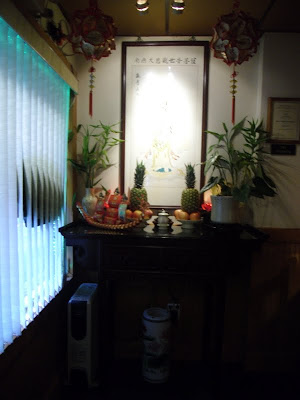 Unfortunately for him there wasn't much downtime and the table didn't remain unoccupied for long; we must have arrived just before the dinner rush because soon after every table was full and people were waiting. 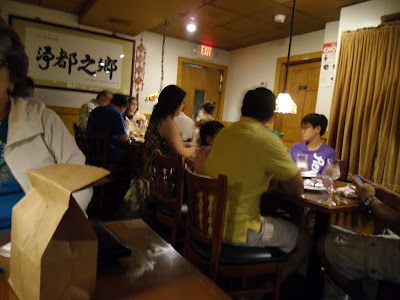 We quickly ordered something to drink: VM root beer and, for myself, iced plum tea.  The tea was syrupy and cloyingly sweet, which is saying a lot coming from me.  It also must have been brewed immediately prior to being iced, so it was served at a temperature that ranged somewhere between boiling and chilled. 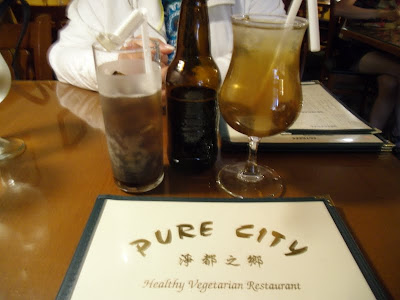 The spring rolls were nothing special; in fact, they were curiously similar to the forgettable ones we'd had at Loving Hut.  They were inexplicably served with soy sauce, but we were given sweet and sour sauce upon request. 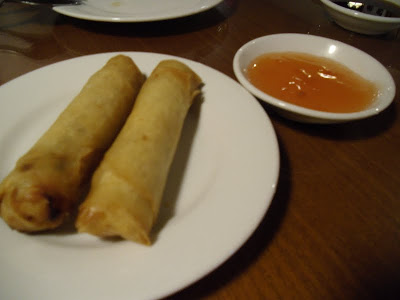 The fried veggie dumplings were a bit better, but nothing special. 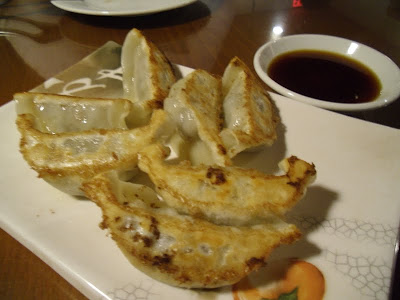 Ordering the hot and sour soup was my mistake; I always forget that I don't like the mucousy texture. 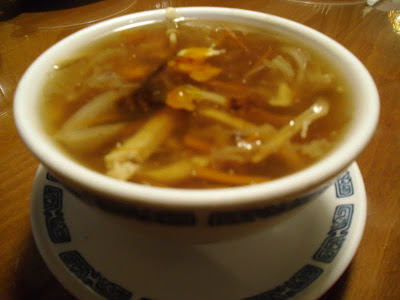 The menu is heavy on soy protein and something called "veggie nuggets", which our waiter explained differs depending on the dish.  Neither of us were feeling adventurous.

VM chose the crispy golden mushroom, "Black mushroom squeeze excess moisture dredge in cornstarch and deep-fry the mushroom strips until crisp with sesame sauce", in the hopes that it would be similar to Hangawi's crispy mushrooms in sweet and sour sauce; it wasn't.  I found the texture so unappealingly rubbery, in fact, that I'm not sure how she ate as much of it as she did- which was about half.  The presentation was dire. 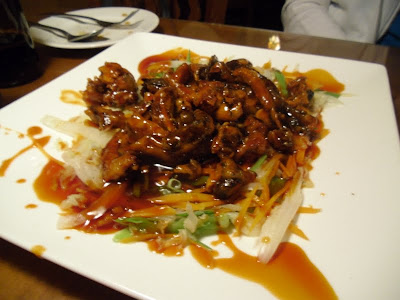 I really didn't know what to order until a neighboring table was served the impressive looking mixed diced vegetable in taro, "A remarkable dish!  Finely diced zucchini, veggie ham, veggie protein, mushroom, red pepper, sauteed in our special light brown sauce, topped with cashew nuts and served in a taro bowl".  I'm a sucker for those crispy bowls; remarkably, this wasn't crispy at all.  I enjoyed the veggies, nuts, sauce, and especially the unadvertised cooked celery.  The veggie protein was surprisingly quite flavorful and I didn't mind having to pick out the veggie ham; unfortunately, though, the stale (?) bowl was a huge disappointment and hard to overlook. 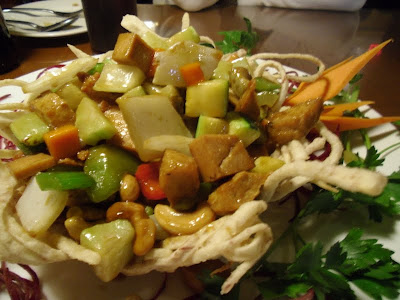 As a side, we ordered the vegetable fried rice, thinking it would be done up right at an all veg establishment.  Unfortunately, it was almost identical to the boring one from Veggie Heaven; we mixed in the remaining sauces from our appetizers to give it some flavor. 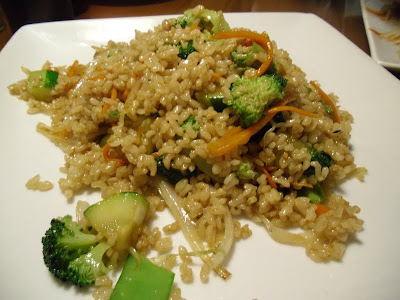 While I can really appreciate an all vegan restaurant- especially far from the city, I was surprised that the prices- particularly for the entrees- were so high and the portions so small.  All in all, it was a ho-hum, anti-climactic meal.  Then, when I finished my tea, I noticed that what I'd originally assumed were tiny, encased tea-bags were actually some kind of shrivelly pits. 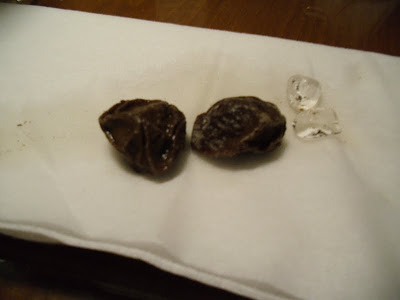