Just when we were about to leave the Red Bank farmer's market with tummies full of delicious grub from the Cinnamon Snail, I got a glimpse of this: 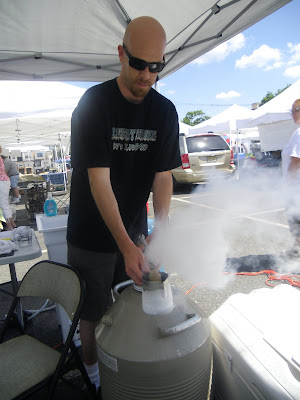 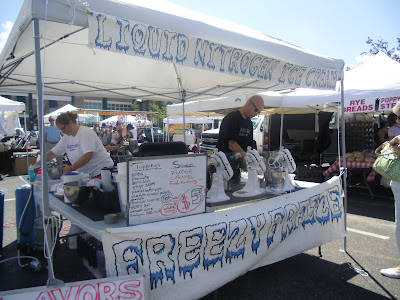 It seemed too kitschy to be vegan, but I decided to investigate the process just out of curiosity. 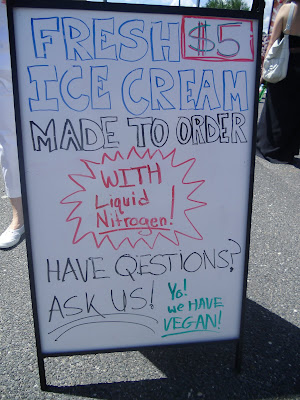 It would seem, though, that I'd missed the "Yo..." in the corner above. Luckily, there was this sign to answer the unasked question: 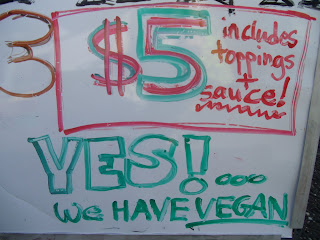 Well then.  Problem was that I was full.  But it was hot.  And, besides; it's my duty as a blogger to thoroughly explore all vegan options that come my way.  At least that's what I tell myself think.

I approached the "Mad Scientists" (for real, that's what it says on their business card) and was told that the vegan version was made with soy and coconut milk, dairy-free Valrhona chocolate, and the option of Oreos.  Say no more, Freezy Freeze; let's do this.

First the milk mixes up with the chocolate powder. 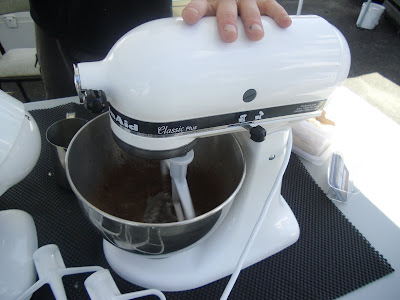 Then the exciting part: filling the metal pitcher with the liquid nitrogen.  Check out the frost:

After that the liquid nitro goes into the chocolate/milk mixture and instantly freezes the contents. 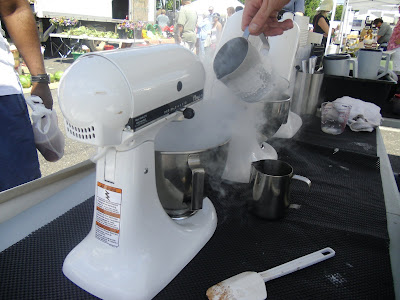 It doesn't take much time, but it does take some strength to chop up the super-frozen contents of the mixing bowl and quickly mix in the toppings (they have an assortment to choose from). 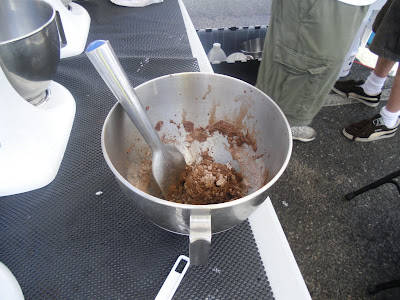 And then, in addition to the demonstration, I received my very own bowl of liquid nitrogen ice cream. 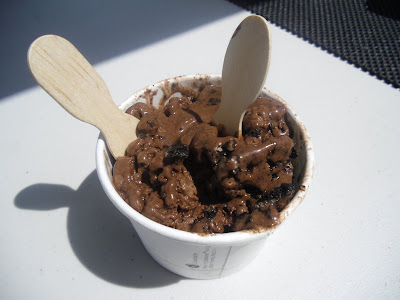 Now normally I eschew all kinds of magic science and math, but how could I resist when the end product is ice cream?  Plus, you gotta love the juxtaposition of the space-age ice cream with the old school wooden spoons.  Get some for your very own at the Red Bank Farmer's Market!
Posted by Abby Bean at 4:42 PM