In keeping with the not too complicated/not requiring too many ingredients theme of the day, for dessert I decided to make VM a treat that we haven't had in eons. 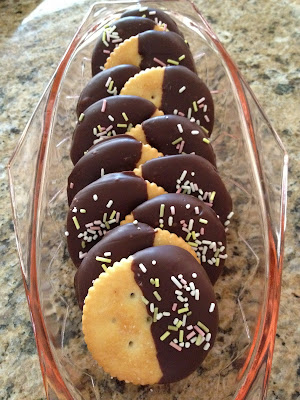 Sometime last century, Ritz offered a product that was basically Ritz crackers dipped in non-vegan dark chocolate (not to be confused with the non-vegan fudge covered Ritz that are offered now).  It sounds weird, but think about it: salt and chocolate?  YUM!  Unfortunately, they weren't around for long and we've been talking about them ever since.  For some inexplicable reason, it never occurred to either of us how easy it would be to mimic.  So, I finally melted up some chocolate, 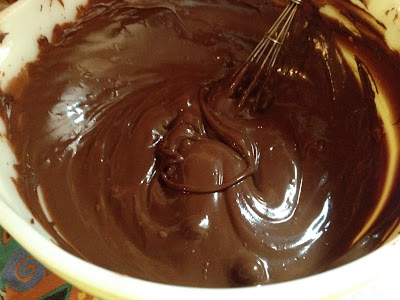 got to dipping, and finished off with birthday sprinkles. 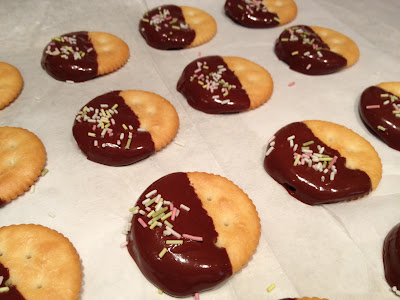 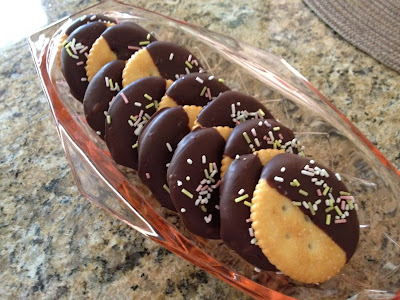 As per usual, I wound up with a bowl partially filled with melted chocolate not deep enough for dipping.  And then I had an epiphany...  I broke up some pretzel rods and mixed them into the chocolate until the ratio looked even. 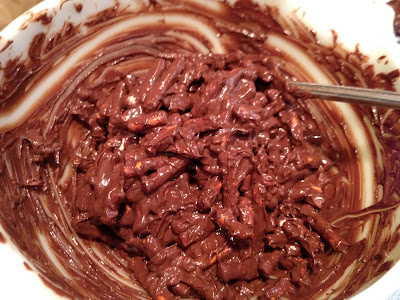 Then I used a small ice cream scoop to pack them into two-bite-size candies, sprinkled them with sea salt, and let set in the fridge. 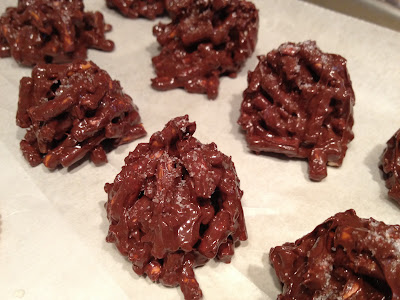 If you're thinking these look familiar, you're right; the inspiration was the pretzel clusters from Cocoa V.  My pretzel pieces weren't as small as in the original, but they tasted exactly the same! 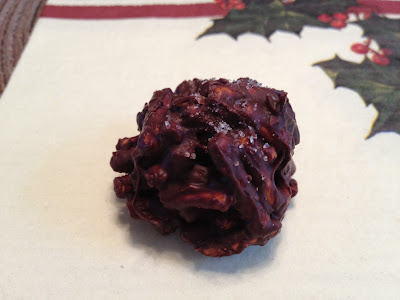 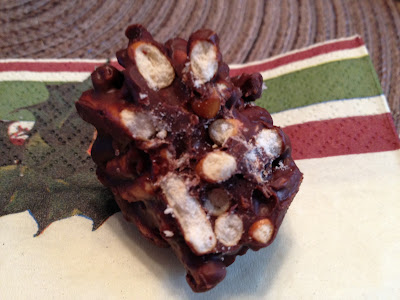 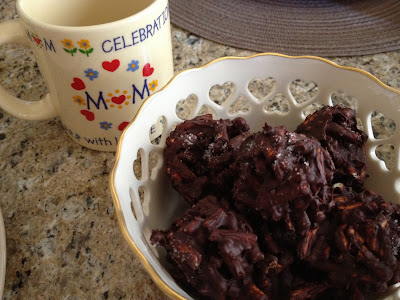