I was recently A while back I was lucky enough to win a blog contest for the Skinny Bitch: Ultimate Everyday Cookbook from I Dream of Greenie.  Bess was kind enough to whisk it out to me pronto and I would have gotten to work on it much sooner had the renovation of all renovations not been dragging on to infinity. 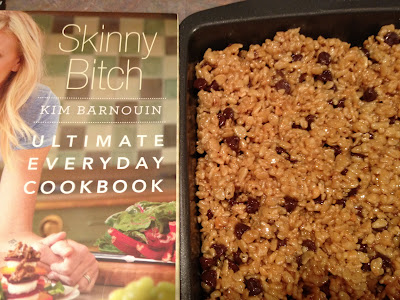 Although I usually start off with dessert, I found myself with some beautifully, tightly curled bunches of kale at my disposal.  I consulted the index and decided to try kale with peanut dressing (p.186) with a few variations.  Instead of preparing it as a cooked dish as indicated, I omitted the carrots and used the ingredients as a dressing for raw kale salad; it was rich and tasty.  Cooked, I imagine it might be a lighter, more Americanized version of this African Vegetable Stew. 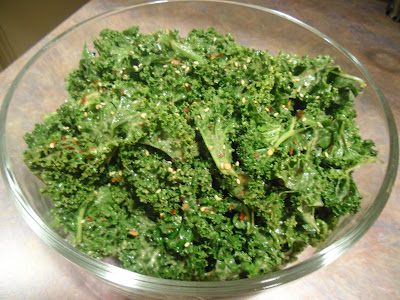 Made anxious by the detour, I returned to the dessert section and decided to get serious.  You can never be too full of peanut butter in my book, so I decided on the Alicia's crispy peanut butter treats with with chocolate chips (p.249).  I Dream of Greenie herself suggested that I halve the crispies and I was extremely grateful for the suggestion...until I realized that nothing measures ounces in my house- least of all me (I laugh cry in the face of math). 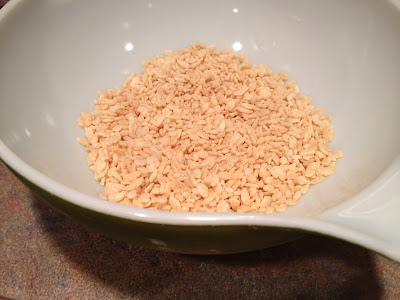 Five ounces seemed too much less than a cup to be enough...so I quadrupled it.  Don't judge me; I have other skills! 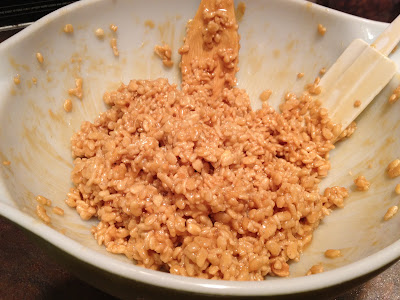 It wound up being fine, which had nothing to do with the fact that I eyeballed the rice syrup and peanut butter amounts because it was easiest to just finish both sticky jars than to add to my already growing pile of sticky dishes.  Priorities, people. 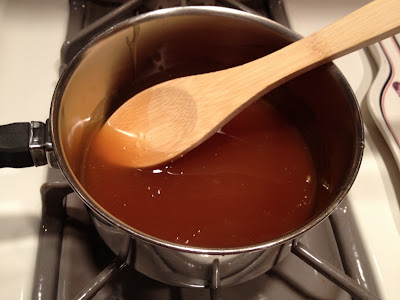 After (those bits are peanuts; I used chunky PB): 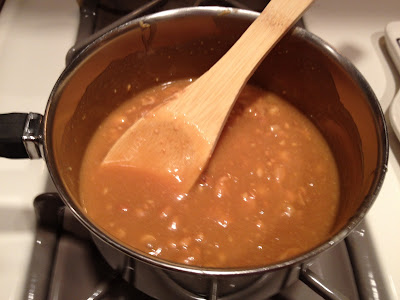 They were ready in a flash. 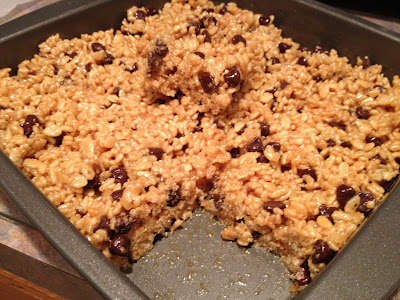 These were SWEET!! And remember who's talking here, the queen of sweets. Sweet is actually an understatement for these bars, so prepare yourself. [Update 1/27/12: After Andrea made an excellent point in the comments, I realized that besides possibly overdoing it on the rice syrup, I also used sweetened peanut butter. My bad!] 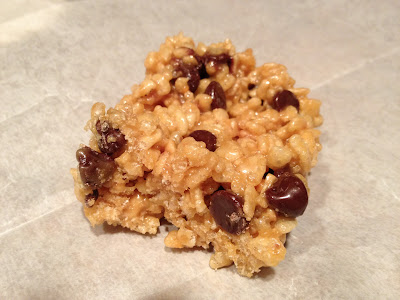 Next up was the roasted curry cauliflower (p.175), with an eye towards the opposite page's red lentil dal for a dinner in the not too distant future.  I'm a big fan of roasted vegetables in general, but for some reason cauliflower never seems to cooperate for me.  However, with this recipe everything was perfectly crisp and robust, the flavors incredible: really the highlight of the three dishes I've tried so far.  Did you hear that?  Cauliflower trumped dessert!  Amazing. 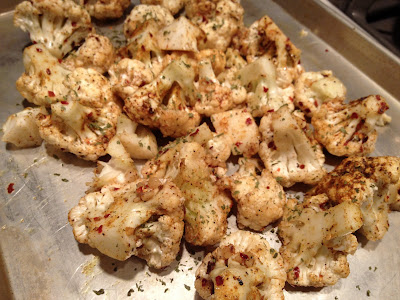 One note: when I have a specific ingredient in the house, I'll often check the index of various cookbooks to see what they have to offer.  For some reason, the index of this book isn't necessarily set up for this kind of recipe shopping in all cases.  For instance, the cauliflower recipe can only be found under "sides" and not "cauliflower", yet the kale in peanut dressing is under "K".  Just remember to scan the meal "type" as well and you'll be good to go.

Thanks one again to Bess for the contest and to Kim Barnouin for the cookbook; more recipes to come.
Posted by Abby Bean at 6:27 PM

Email ThisBlogThis!Share to TwitterShare to FacebookShare to Pinterest
Labels: SBUEC