Does New Jersey Have the Best Iced Coffee?

It would seem that Small World Coffee is quite a big deal in Princeton, NJ.  Until recently, I'd never ventured in because a popular, local, coffee place such as Small World seems as though it's intended for serious coffee aficianados- definitely not me.  I've never considered myself a huge coffee fan; unless it's all sweetened and fancied up it's not my style. 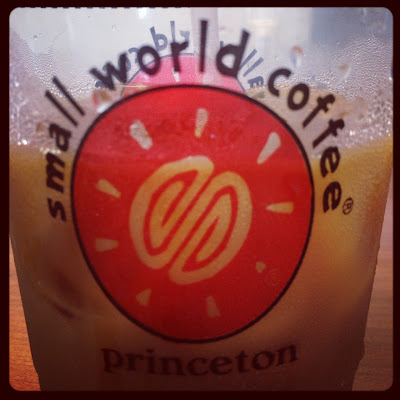 When I mentioned my warped justification to a local, they implored me to try the Small World NOLA, a New Orleans style iced coffee with chickory, homemade vanilla syrup, and milk. Yep, more coffee than milk. Scary, but I was willing to give it a try. 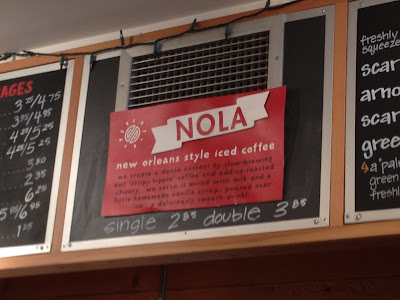 So this is what real coffee is like.  Neither VM's bitter instant, nor the rich and milky lattes I'm used to; this is a drink to be reckoned with. 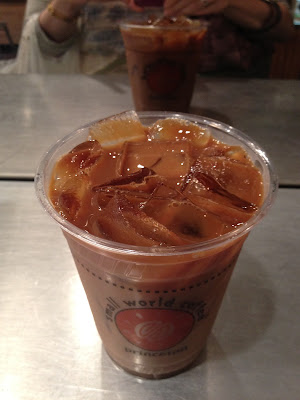 Even though Small World is an extremely popular place (their two establishments are within walking distance from one another), my drink was ready almost instantaneously.

Boy was it was nice not to be bottlenecked at the end of a counter watching 3 people take drink orders and 1 person create them (ahem). 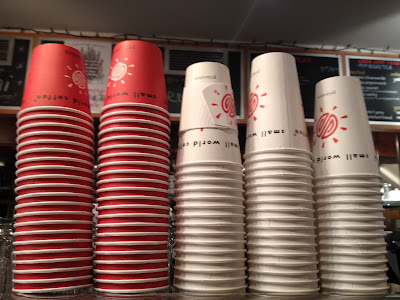 I'm more than a little disappointed to report that they charge 75 cents for soy milk, but hey- at least they offer it. Contrarily, they have no vegan baked goods at their Witherspoon location (I'm told their Nassau shop often has a vegan oatmeal cookie sandwich).

And I do want to note that there is no decaf option, so if you're like me and are very sensitive to caffeine, prepare to have your excitement over the delicious drink toe the line of possible heart attack as the afternoon wears on with your skin tingling and heart pumping.  Don't say I didn't warn you! 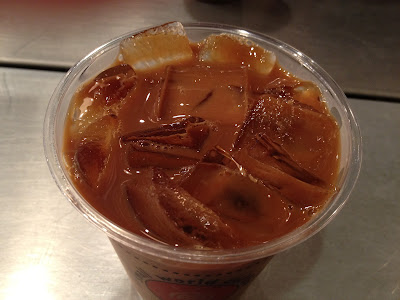 No matter what your level of coffee love, if you're in the area I'd highly recommend you skip the Starbucks and make your way to Small World.
Posted by Abby Bean at 10:12 AM