Gather Ye Figs While Ye May (Figs On Toast!)

Growing up, VM was a fan of dried figs, which I found vile.  Worse, though, is that I unfortunately assumed they were figs in their natural state.  Thankfully, a few years ago I finally had my first fresh figs and I couldn't believe the sweetness that vastly contrasted the detestable dried version.  In the years that followed I often missed them in their short season, but this year VM was on the case.  First, California figs (thanks for the head's up, Vegan Victuals) found their way into my fridge. 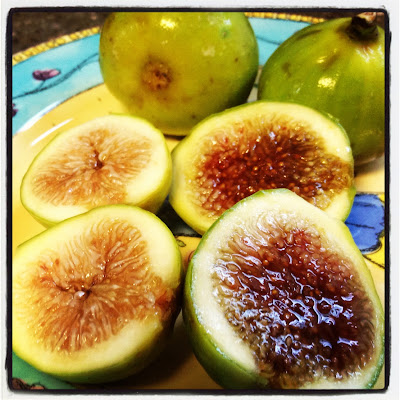 After that, mission figs. 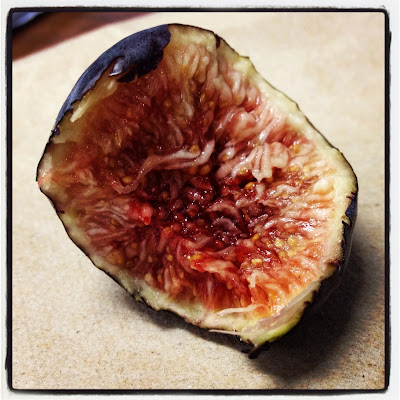 Hard to believe, but I got a little tired of eating them fresh.  Cue a friend's post on Facebook, touting focaccia with figs and balsamic reduction from Eataly.  I'd been to Eataly once and hadn't enjoyed it in the least, but then again I hadn't noticed any figs on toast while I was there, so maybe that's where I went wrong.

Nevermind, I was sure I could give it a go on my own.

I decided I was much too lazy busy to make a balsamic reduction, so I improvised.  I washed and sliced the ripe figs, marinating them in balsamic vinegar for a few minutes. 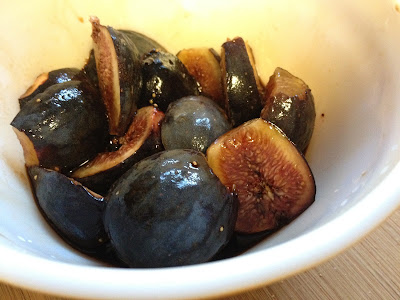 Instead of making my own focaccia, I decided to buy a fresh loaf of ciabatta. 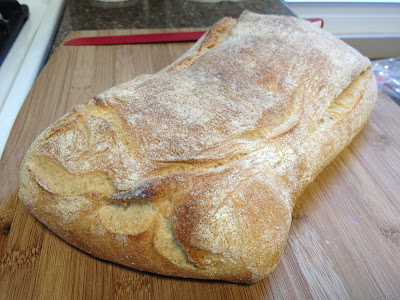 I sliced the loaf lengthwise and cut it into "slices".  For some strange reason, it occurred to me to lightly butter half of the bread as an experiment. 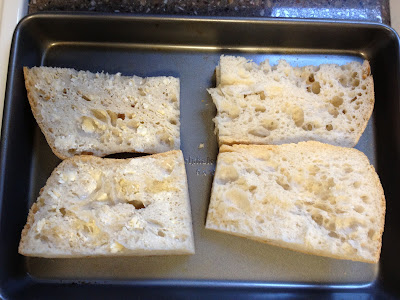 I placed the fig slices evenly across the bread. 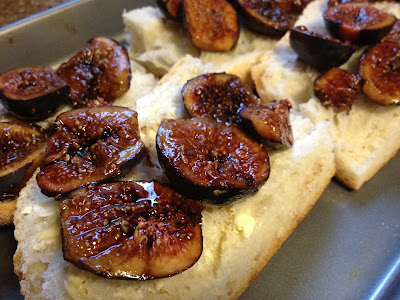 Then I drizzled them with the remaining balsamic and a bit of extra virgin olive oil, smushing the fig slices into the bread with a fork. 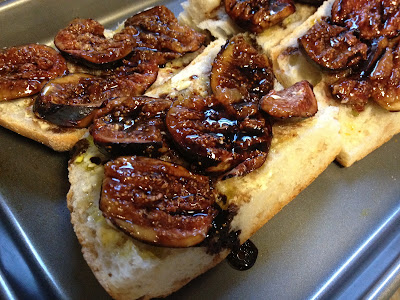 I toasted the concoction in a 360 degree oven for 12 minutes. 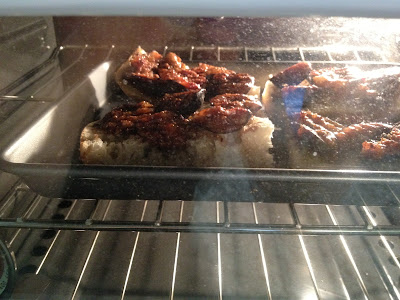 And, voila: figs on toast! 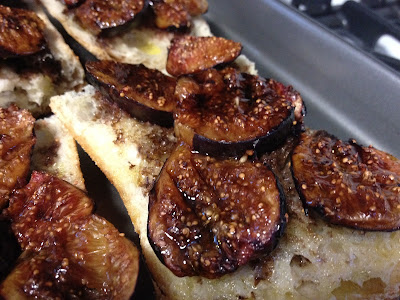 I did get a little confused as to which slices were which, so I can't definitively tell you if the buttered was better than the non-buttered (or vice versa). 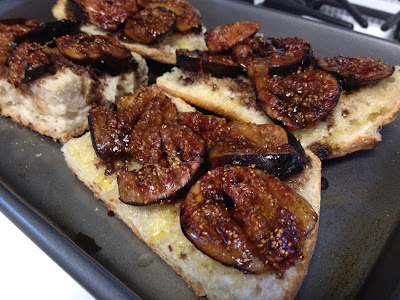 I will say that this was quite fancy meal with extremely little effort.  It makes a decadent dinner for yourself, but I'd imagine that it would also be quite the impressive appetizer for guests if created in a bite-size version. 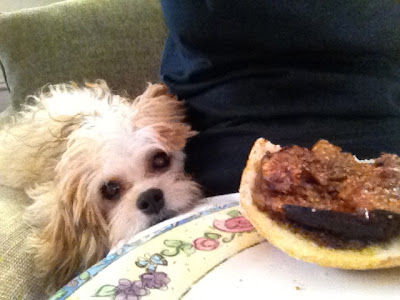 I can also tell you with the utmost certainty that I was very popular while eating this.
Posted by Abby Bean at 6:57 AM