With all my galavanting with animals big and small, I really haven't been cooking much, have I?  Inspired by a meal Cadry's Kitchen posted on Facebook, I decided to make my own Mediterranean pesto zucchini pasta. 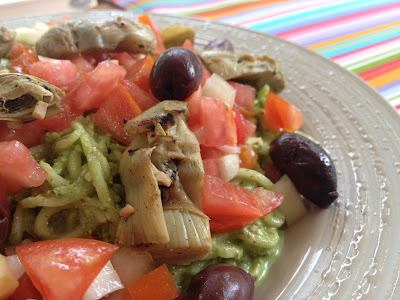 Instead of my standard pesto, I used the suggested Spork recipe, subbing almonds for the pistachios. 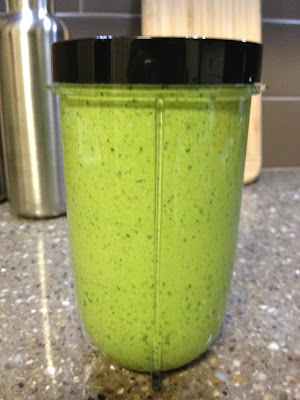 Then I spiralized 4 medium zukes. 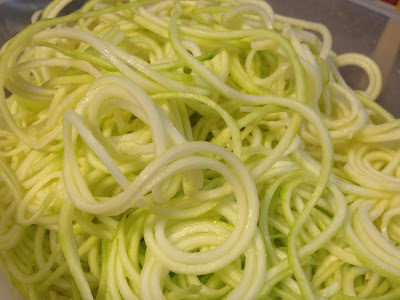 I sauteed some frozen artichoke hearts with salt, pepper, garlic, and red pepper flakes (and only ate a couple along the way). 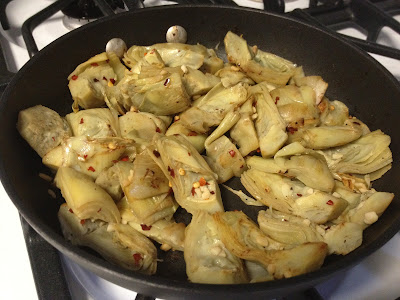 And then I chopped 3 fresh tomatoes and 1 small onion.  I was originally going to use sun-dried tomatoes, but I thought they would be too rich. 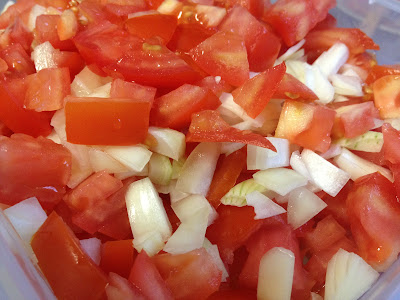 I tossed the pasta with the pesto first: no easy feat since my strands always wind up super-long!  Then I plated the "noodles" and spooned all of the accoutrements on top- including kalamata olives, whose pungency wound up being the savior of the dish. 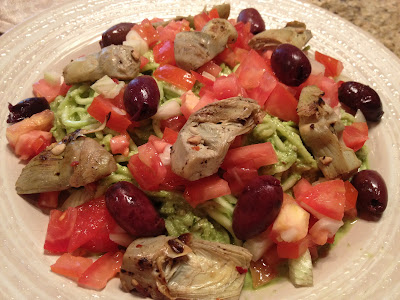 VM liked it much more than I did; it seemed to be missing something.  Maybe I threw off the balance with the almonds in lieu of the pistachios?  Or maybe I should have added some whole pignolis at the end for crunch?  I'm going to have to consider what ingredient could turn this from boring to wow.  But as long as winter is coming, bring on the traditional puttanesca!
Posted by Abby Bean at 8:20 PM