Isn't that fun to say?  My receipt gave me endless giggles.

After dinner at Saf we explored Whole Foods a bit.  I'd already picked up a bag of crisps before dinner, but was intent on finding something sweet for dessert; Saf's options were too fruity for my taste. 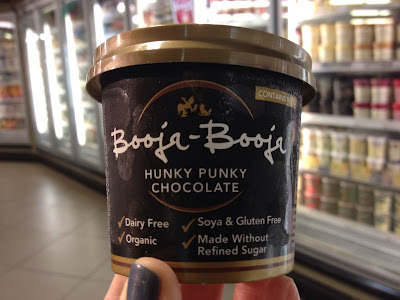 I found an unexpected treasure in the frozen section under "alternative ice cream"- an apt but still humorous description. 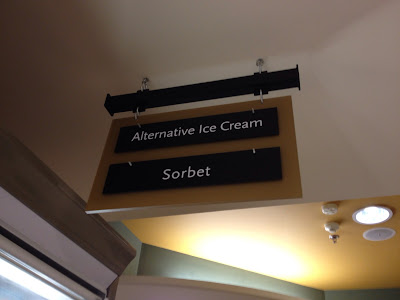 Booja Booja makes a few flavors of dairy-free, gluten-free, soya free, organic, mostly raw ice creams (as well as chocolate truffles).  This Whole Foods had only the chocolate- erm, hunky punky chocolate ice cream flavor, but of course that was a-ok by me. 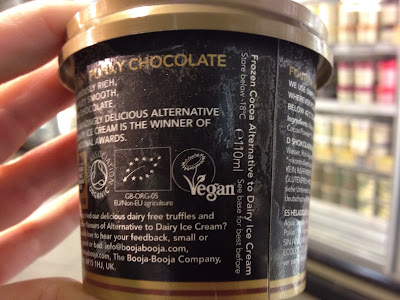 I can't pinpoint exactly what it reminded of, but let me know if you figure out.  Soooo light, airy, and creamy.  It looks like it's only available abroad, which is probably a good thing.  There's a reason I don't keep Lula's in my freezer at home. 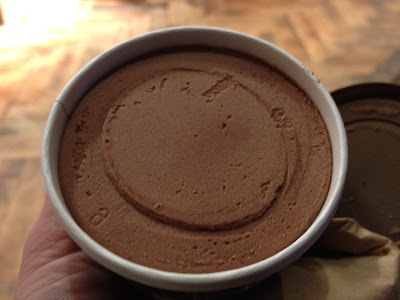 It was more than a little chilly out, so I had no reason to rush to eat it other than it was so good.  It probably deserved to be enjoyed in a much nicer setting. 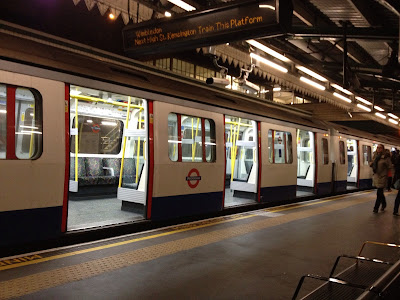 London Tip: The tube stops running at midnight!  Cabs and pedi-cabs abound, but be fore-warned so you don't panic when you find a locked, metal gate between you and the station. 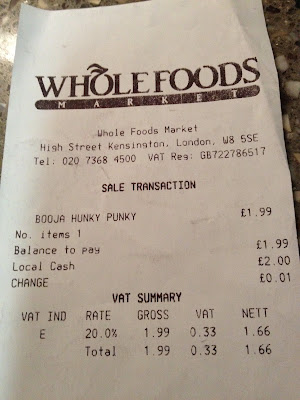 Still giggling.
Posted by Abby Bean at 6:43 AM