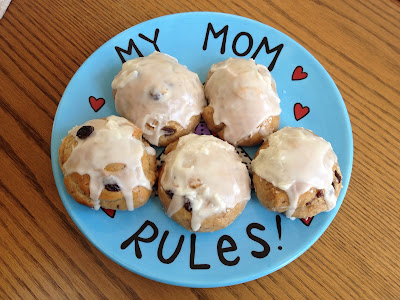 The day before Mother's Day, VM and I kicked off the festivities by seeing The Great Gatsby in 3D, and enjoying a peanut avocado sushi unroll accompanied by Trader Joe's delicious vegan kimchi. I returned home later than I expected that evening, and remembered I hadn't yet assembled the bouquet.  I'd ordered her a dozen Sweet and Sara marshmallow pops: "creamy, plush marshmallow dipped in rich, organic chocolate rolled in graham cracker crumbs, real strawberry flakes, or sprinkles on a lollipop stick," with the intention of expertly assembling them as an edible bouquet, but the only preparation I'd accomplished thus far was to have purchased the pops...and a bit of green Styrofoam.


As it turned out, the Styrofoam was old and brittle; the second I opened the package I had invisible Styrofoam crumbs all over my kitchen.  I tried to seal it with tape; green tissue paper; even wrapping paper to contain the bits, but it was no use.  The frightening granules were spreading and I just had to discard the Styrofoam, clean my kitchen, and come up with another plan.  At this point it was after 1:00am and I was a bit thirsty.  I poured myself a small cointreau on the rocks and became instantly drunk, talking gibberish to 89 and scanning my house for anything that I could stick lollipops into; this is how my green tissue box became a target.  Alas, instead of creating the illusion of greenery, it looked only like a tissue box with lollipops stuck in it and I quickly abandoned the idea. 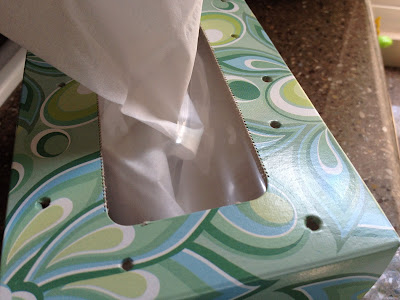 And then, an epiphany.  Why couldn't I just re-purpose the container the pops came in?  I crumpled a piece of green tissue paper inside, turned it upside down, gave it my awl, and voila: a field of chocolate-covered marshmallow pops! 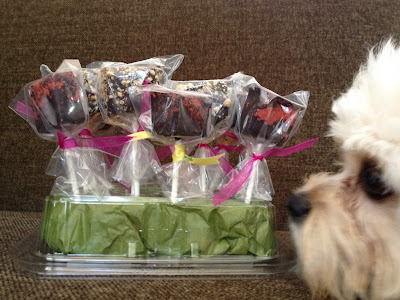 I finally got to bed at about 2:30 and was up again at 7:00 to begin work on breakfast: My Vegan Dad's hot cross buns.  While reviewing the recipe, I was slightly concerned that my previous blogpost about them mentioned that the preparation called for a lot of dishes- especially since I had also patently forgotten that the recipe required two rises.  The clock was ticking. 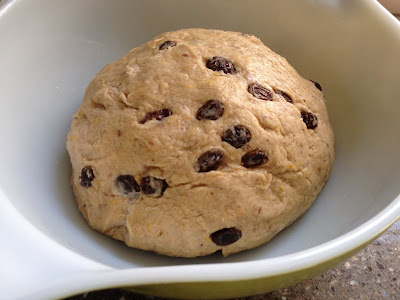 It was laborious, but I was making good time.  Here's the dough after the first rise, during which I folded laundry, peeled & cut mangoes, and began the dishes. 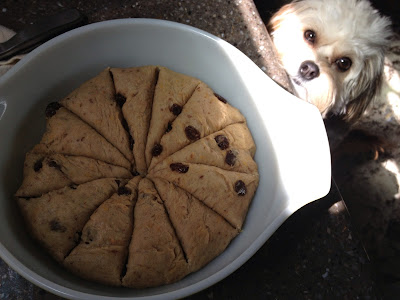 When the buns were finally ready to bake, I noticed that my oven wasn't holding temperature.  So, I self-regulated for twenty minutes. 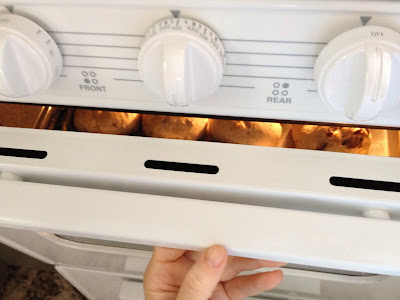 I swear that I let the buns cool sufficiently before attempting to ice.  The results would suggest otherwise.

Ultimately, what had seemed so promising and worth the effort... 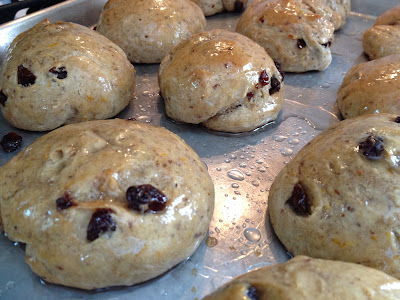 wound up looking less than appetizing: 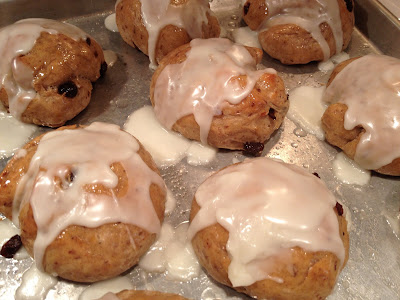 The icing was both unruly and melty and there was nothing I could do about it!  Considering I'd been intending to spell out a message in icing on the buns, I was incredibly disappointed.  Also, I was running a half hour late.  I packed everything in the car and hightailed it to my parents' house.  On the way I passed a diner, brimming with blissful customers who hadn't began their day suffering a defeat.  Next year: Champ's!

Although they fell far below my aesthetic expectations, my family will tell you (and I will concede) that the buns tasted significantly better than they looked.  In future, though, if I intend for them to take the place of a greeting card, I'll make both the buns and icing in advance- ensuring they are respectively chilled and under my explicit control. 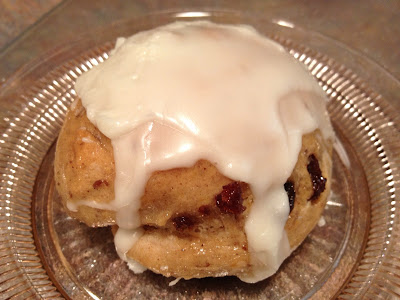 What exceeded my expectations, however, were the marshmallow pops.  You'll notice that they fit right in amidst the other Mother's Day bouquets, however embarrassingly non-edible. 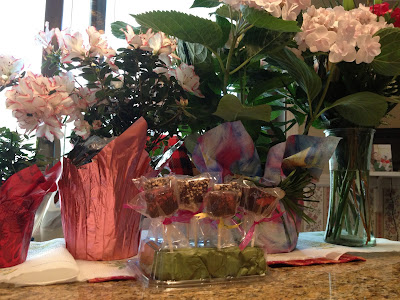 Marshmallows dipped in chocolate are even better than they sound. 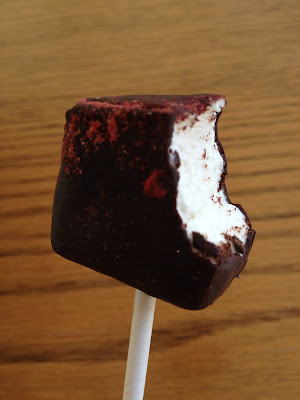 The rest of the day consisted of fun with 89 and two Scrabble tournaments.


To recap, the hail: 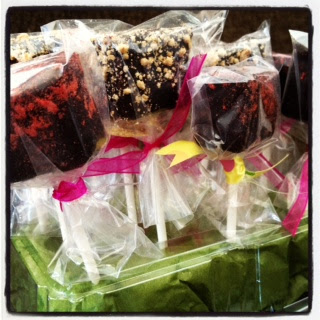 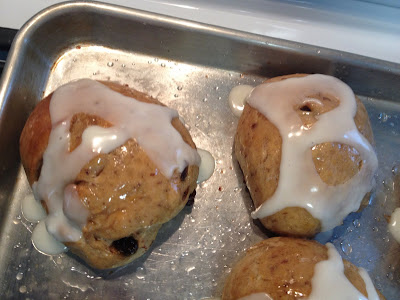 P.S. Does this remind you of anything?