We'd had yet another long, busy day and were happy to have planned a dinner destination of Inspiral Lounge, for which we'd read tons of accolades. 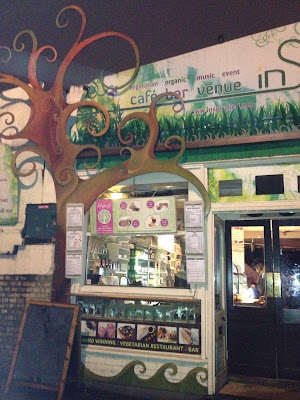 It was nothing like we'd anticipated: more of a counter-service establishment than the traditional restaurant/lounge the name had led us to assume.


There were a number of people already dining, but no one in queue, so we took the opportunity to ask the man behind the counter how it all worked. 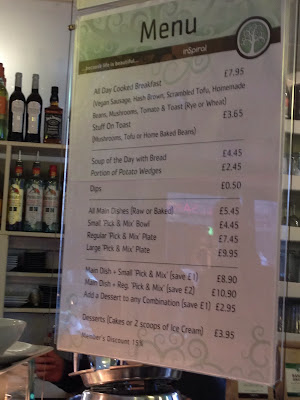 He asked if it was our first time visiting and, when we confirmed that it was, told us he had to take a minute to gather his thoughts before he could welcome new people to the establishment.  This seemed promising, but his preparation seemed only to consist of him pouring a cup of water onto a bowl of rice that had presumably dried out.  He eventually returned his attention to us, gave a short explanation, and directed us to make the selections for our main course from here:
﻿
﻿
Then he brought our attention here to choose our sides:


To his... credit? detriment? he never acknowledged the fact that the emperor had no clothes.  We'd arrived at about 9:00pm and they were to be open until 2:00am, so I've no idea what was to be served for the next 5 hours besides reconstituted rice.  If there were additional options, they weren't mentioned.

All we could manage was to politely say that we needed some time to decide and then we stepped aside.  At that point, I- ever the amiable travelling companion- informed my friend that I was not going to be able to eat there.  Moreso than the lack of actual food, just as tibits the evening before had exuded inviting warmth and cleanliness, Inspiral's dippy atmosphere...did not.

We hadn't eaten since that morning (maybe a few crisps) and we needed a game-plan.  We'd seen their take-away at Whole Foods Kensington, so we purchased what we considered to be safe snacks: he a brownie and I a cookie (and a brownie to take home for OD), and had a seat to discuss our options. 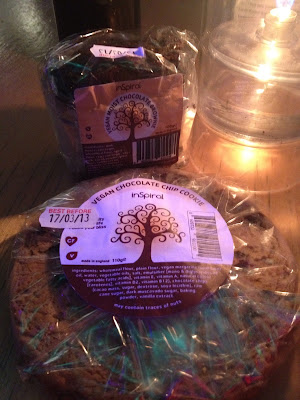 The cookie was fine, but that could be because I was practically starving.  The brownie was pretty much so miserable that if I'd had the nerve I would have asked to return the unwrapped one I had in my bag- not for the sake of the money, but as punishment for the restaurant being such a monumental disappointment.  I didn't.  Also, the plant on the table was dead.  Just so you know. 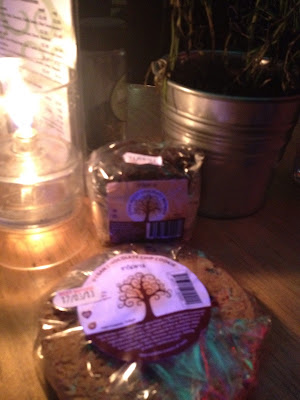 On our escape tube ride outta there, my friend remembered he'd also purchased kale chips.  We've been home over a month and he still hasn't tried them.  I think he's scared!  Either that or he just knows that they won't hold a candle to Brad's. 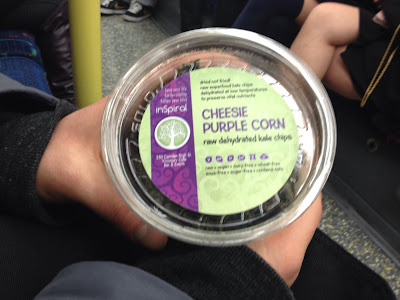 A couple of days later we were in the area mid-morning for the Camden Lock Market Cookies and Scream, so we decided to stick our heads into Inspiral and see, well, if they had any food.  To our surprise and relief, they did! 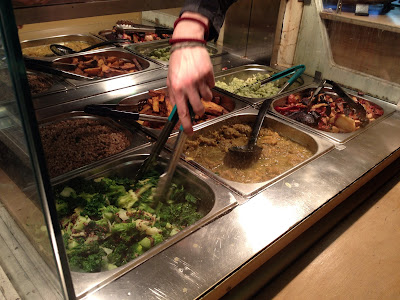 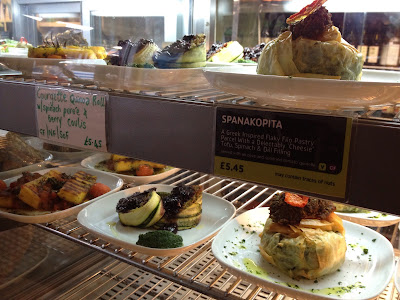 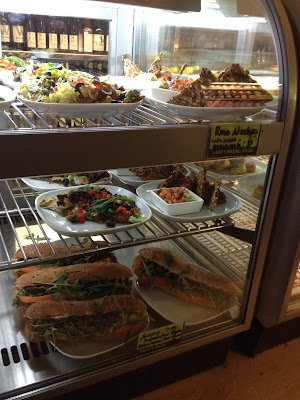 Despite the impressive spread, the last visit had left such a bad taste in our mouths that we decided not to give it another chance.  But, I'm still happy to report that on this day they were not only better stocked, but it was also nice to see it in a wholly better light.  Plus it was good to know that the folks who had spoken so highly of Inspiral weren't crazy.  Unfortunately, we're still not sure exactly what was going on the day we visited.


For those of you keeping score, the remaining brownie (that had been bought with the best of intentions) did manage to travel across the Atlantic Ocean to OD. He and VM didn't seem to find it as deplorable as we had, describing it only as "more cakey than brownie" and, "slightly bland."  When I reported this to my traveling companion, he vehemently maintained our first, collective impression, "I disagree. I know my brownies, and that s*** was bad!"

If you go to London, see for yourself.

London Tip: We expected the Camden Lock Market to be full of avant garde artist's wares, but it was highly commercial with repetitive booths of mostly mass-produced stuff.  My friend described it as St. Mark's before; I think he hit the nail on the head.  Regardless, it's worth the trip for Cookies and Scream alone; stay tuned.
Posted by Abby Bean at 7:57 AM