The simple fact of the matter is: if it's at Lula's, I'm going to try it (yes, even black licorice ice cream- which is REALLY good- even if you don't like black licorice).  This credo has served me well over the years, and it was there that I was lucky enough to try Cake Thieves' cinnamon buns for the first time.  So when I snagged myself this s'mores cinnamon bun at the April Vegan Shop-Up, I was more than a little excited because I knew to expect something good.
﻿
﻿
If you attended said Shop-Up, you'd know why this picture is so blurry: it was PACKED!  The event was scheduled from noon to six, but most vendors were sold out by 4:00 (I missed out on so many goodies from Gone Pie!).  Cake Thieves was offering cinnamon buns in the following flavors: pumpkin spice, original gansta, pb chocolate, chocolate covered strawberry, and s'mores; I snagged a s'mores. 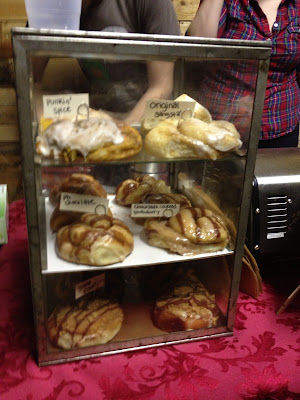 As well as the pumpkin flavor lent itself to the cinnamon bun, so too did the s'mores.  Just the right amount of sweetness and flavor; what do you know?  I'd recommend this one too!  I admit I got a little distracted when the foreign woman next to me asked what s'mores meant; imagine what it would be like to have made it to adulthood without ever having had s'mores.  Next time I'm going to give the peanut butter chocolate flavor a whirl...perhaps along with another s'mores. 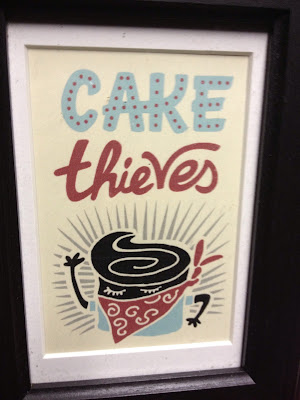 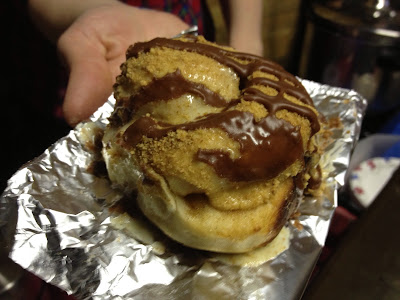 Find them at Vegan Shop-Ups, The Bean, Betola, and more.