Even though we'd been out until 3:00am hanging out with our new Italian friends and checking out a fancy casino, we still managed to wake up at our regular time of 8:00am and see the sights!  I admit this was the day my feet hurt the most; we packed in Big Ben, Parliament, Westminster Abbey (St. Paul's Cathedral had been the day before), The London Eye, Trafalgar Square, Buckingham Palace, and Harrod's before settling down to dinner at Saf Restaurant: a vegan establishment located in Whole Foods Kensington. 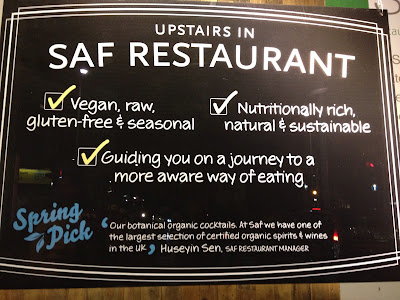 Yep, it's a regular Whole Foods with a full, vegan restaurant upstairs.  Did I mention it's vegan? 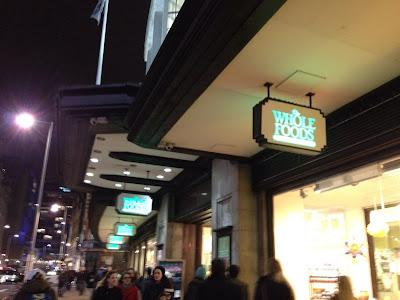 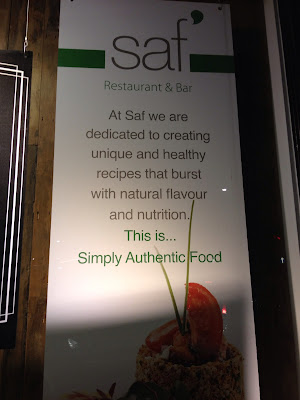 We were ridiculously excited, and then we stumbled upon this sign in the stairwell.  WTF, WF; seriously?  This "animal welfare rating" system that's been instituted is just another layer of the humane myth that allows them to keep profiting off making people feel better about using animals for food- totally incongruent to the vegan restaurant to which we were headed.  Major buzzkill.

So, the second floor of the Whole Foods is the "food court" area and Saf takes up about half of that space. 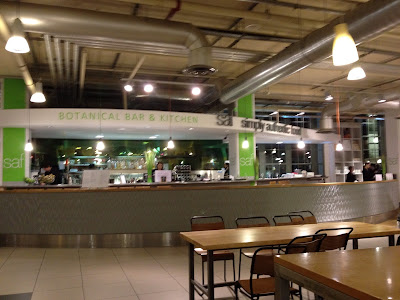 While the layout is open, it's still defined as a wholly separate space from the communal seating. 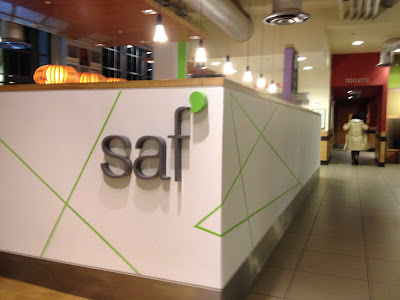 It wasn't terribly busy later in the evening when we were there, so I'm not sure if it would be unpleasantly noisy from the people dining outside the restaurant confines at a more usual dining time. 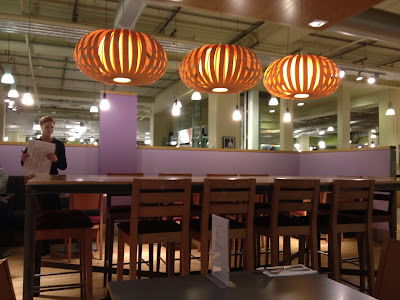 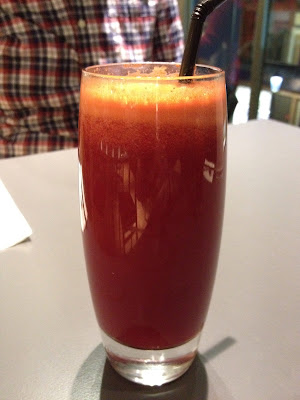 I, on the other hand, ordered the vanilla and grape raspberry mojito: a refreshing mix of vanilla-infused, organic papagayo rum mixed with muddled grapes raspberries, fresh mint, agave syrup, and fresh lime juice.  I'm not entirely sure how a restaurant located in a supermarket "runs out" of grapes, but the raspberry substitution was fine; I was just happy to be sitting. 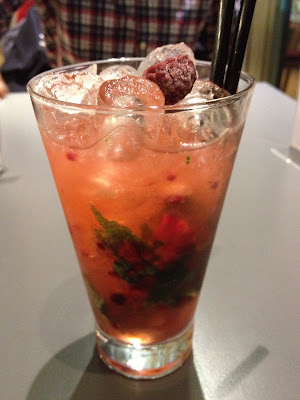 For an appetizer I ordered the raw cauliflower wings: cauliflower "wings" marinated with Spanish sweet paprika and chipotle chili, served with celery sticks and aioli dipping sauce.  Let me put it in simpler terms: they took some raw cauliflower, dusted it with paprika and chili powder, and called them wings.  They weren't even trying!  I admit raw food isn't my favorite, but I have been known to enjoy it.  However, the term "wings" in this instance was more than a bit of a stretch and we weren't exactly competing for the last one.  The aioli was delish, though: filled with fresh dill. 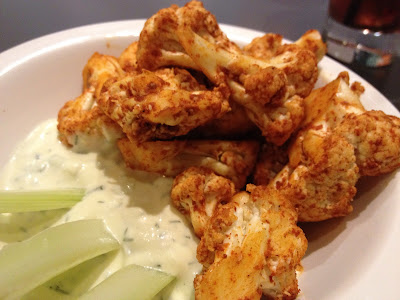 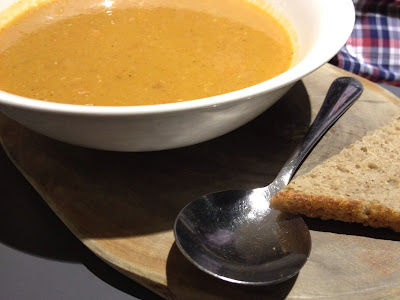 I have to be honest, there weren't a ton of entree options that were floating my boat.  If you can believe it, we both wound up ordering the same dinner of massaman curry: a Southern Thai coconut curry with baby potatoes, mange tout [snow peas!], pumpkin, bamboo shoots, baby corn, and cherry tomatoes served with mixed wild rice.  Yep; more curry/more cilantro.  He kept his cilantro: 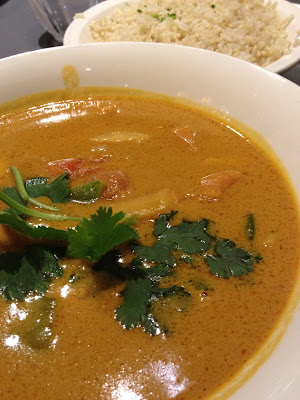 I gracelessly picked mine off. 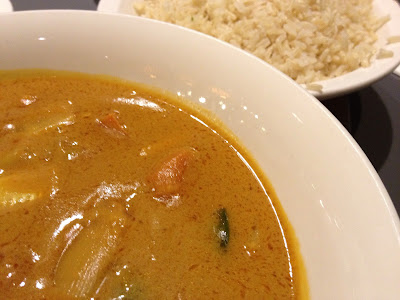 I've pretty much never met a curry I didn't like, but- for the record, I could determine nothing wild about the rice. 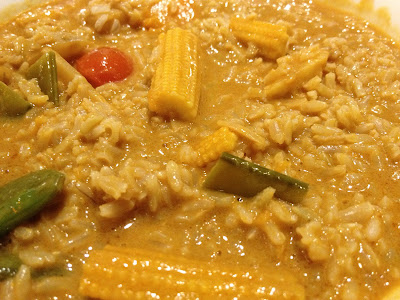 Did I mention I was happy to be sitting?  Our view. 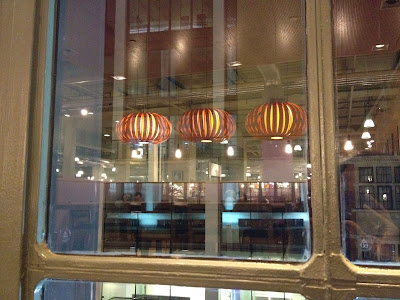 I have no complaints about the dinner (the appetizer was another story), but- overall, I wasn't overly  impressed by the experience; it was definitely missing a wow factor.  The menu at Saf seems to change regularly, so perhaps on a different day there would have been more appealing options.  In the end, it's wonderful that this Whole Foods chooses to have a vegan restaurant on premise- regardless of the fact that it doesn't necessarily mesh well with the extraordinary nonsense of their "animal welfare rating system."

For those interested, know that Saf also carries take-out items on the main level of the store: Saf Express. 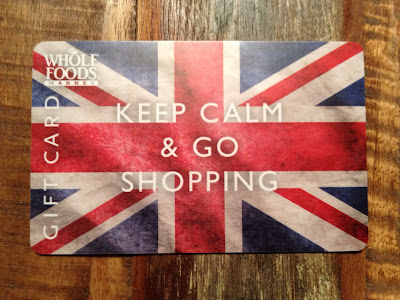 London tip: They really seem to love cilantro in London; it's used as a generous garnish a lot and is never mentioned on the menu.  If you're a hater like me, remember to ask them to leave it off!
Posted by Abby Bean at 6:57 AM