The Cinnamon Snail Continues to Prepare Impeccable Food; I Continue to Eat It

Visiting the Cinnamon Snail at the Red Bank Farmer's Market is one of our favorite day trips.


Generally open from Mother's Day through fall, it's a medium-sized market with a relatively impressive assortment of fruits, veggies, plants (the non-edible kind...well, edible ones too), and assorted crafts.


If you haven't been, it's a really nice way to enjoy the Snail away from the hub-bub of the city. 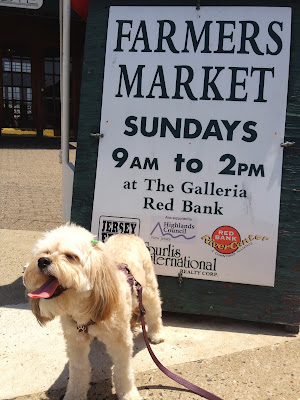 We usually do an inaugural walk through the market to pretend like we didn't only come to eat, and then we get on the Snail line because we basically did.  There, on this day, I met a kind man named Odie (sp?) who told me he was local to the area and a new vegan.  He could not have been in a better spot, amirite?


I'll admit VM's heart broke a little when she realized her fave portabello carpaccio was missing from the new menu.  Defeated, she instead went all breakfast on me, for which I was not prepared, and ordered the blue corn pancakes: with pine nut butter and Vermont maple syrup.  This was completely unexpected, as I generally like us to be in sync with our sweet vs. savory! 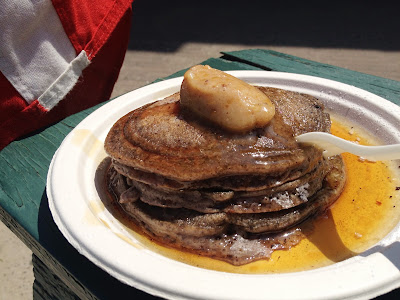 Of course they were so delicious: thick, hardy, and all fancied up with their pine nut butter swag that they made her forget about the sammie for the time being (until later in the day when she implored Chef Adam to bring it back).  I may or may not have gobbled up some (alot) of her pancakes; they were insanely awesome and I don't know how or why I've never ordered them before.  Definitely put them on your must-try list from the Snail.  I can tell you from experience that Snail pancakes are even great the next day. 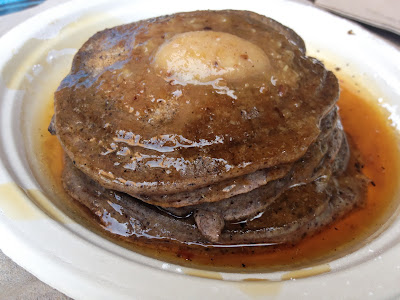 I was all set to order the gochujang burger deluxe for myself, but the seasonal menu changes took me by surprise as well- however contrarily.  My heart actually grew three sizes when I spied a new menu item (that may or may not have kicked the portabello carpaccio off- eek!): Thai BBQ tempeh: with pickled onions and Thai basil, arugula, smoked chili roasted peanuts, and sriracha mayo on grilled spelt bread that is right up my alley.  So much deliciousness in one place!  The contrasts of textures and flavors and all things culinary that my tastebuds appreciate more than my brain understands: this sandwich deserves a standing ovation; I'm already plotting the consumption of another (at the Vegan Shop-Up perhaps?). 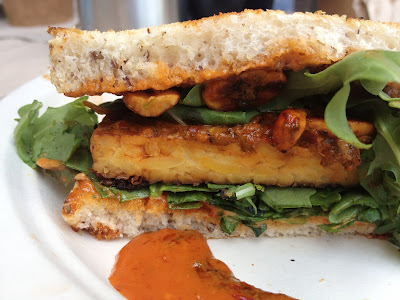 I admit that I did try to sub a baguette, but Chef Adam convinced me to give the new, gluten-free bread a whirl (update: not to be confused with the spelt bread).  As you probably know, I generally reserve my gluten-free eating to select places, but I've got to admit that the man was right; it tasted mighty fine. 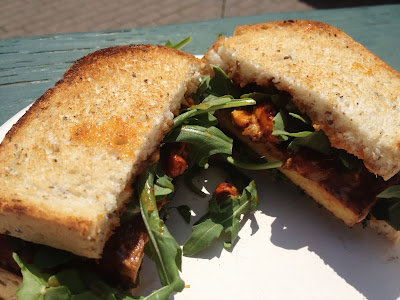 You might not know this about me, but I love me some toast (someone should make that scent into a perfume); the more old-school the better.  Had I not known, I never would have considered that this grilled bread was gluten-free. 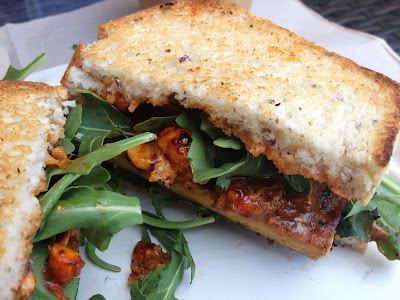 Since we I cleaned both of our plates....let there be donuts! 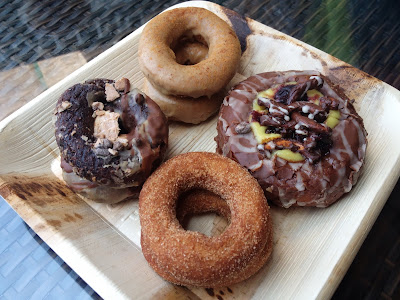 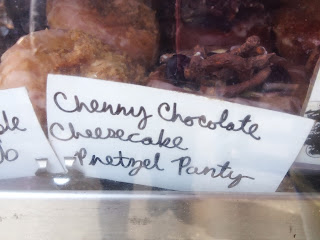 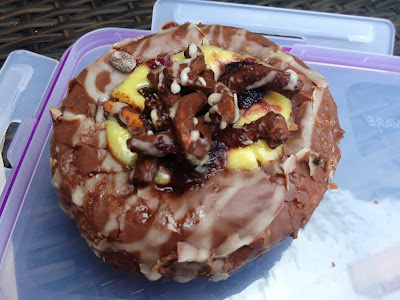 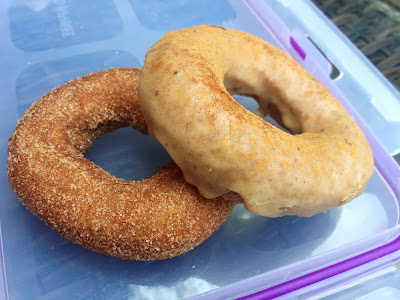 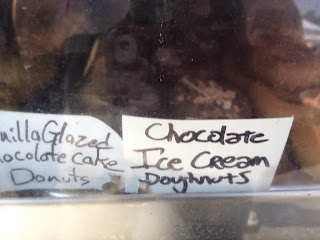 What?  Chocolate Ice Cream Doughnuts!  Need I remind you how much VM and I like ice cream cones?  A lot!  This donut is just begging for a scoop of drumstick ice cream accompaniment. 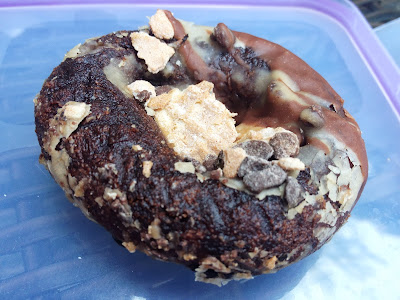 For the record, we didn't eat everything right there and then; we took a bunch home in the Snail pail to get us through the week. 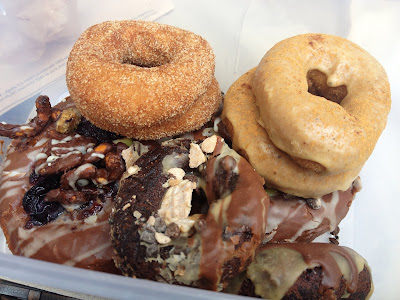 The Cinnamon Snail is always adding new items and specials to their amazing and incomparable repertoire of food, drink, and dessert.  If you haven't experienced their food yet, I respectfully urge you to get a move on; what are you waiting for?  In addition to their impeccable flavor combinations and unmatched service, what also remains consistent is their extreme dedication to fostering compassion. Thank you, Snail; we heart you for all that you do.
Posted by Abby Bean at 10:58 AM