Despite what many non-vegans think, vegans do not spend their days pining for yodels foods they cannot eat.  But every once in a while we are reminded of yodels something that we used to enjoy, and consider that it would be nice to do so again.  This is how I feel about Challah bread, and so I have Lilly's vegan version every once in a while.

This Rosh Hashanah, Sacred Chow mentioned they were baking some Challah loaves of their own and my heart rate increased.  Since they do everything else so well, I really wanted to try their Challah.  Unfortunately (for me), they sold out in a flash and I missed it.  Fear not, this Hanukkah I had VM on the case, phone at the ready I was much better prepared. 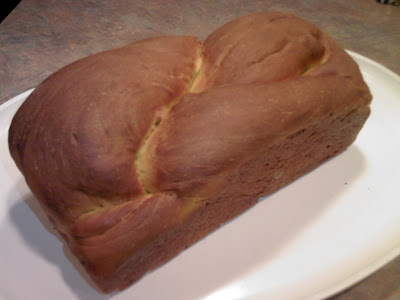 One need only hold one of Sacred Chow's Challah loaves to appreciate the literal weight of the impressive vegan offering.  Here it is, lovingly wrapped & prepared, specifically, for Chez Bean. 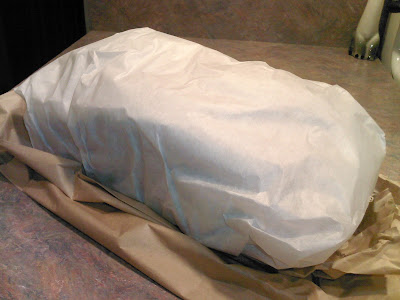 I was literally awestruck when I unwrapped it; the distinct aroma was authentic, but this Challah was unlike any I'd ever seen.  From the top it looked like a traditional, braided Challah, but underneath it was obviously more of a loaf: an impressive example of substance and beauty. 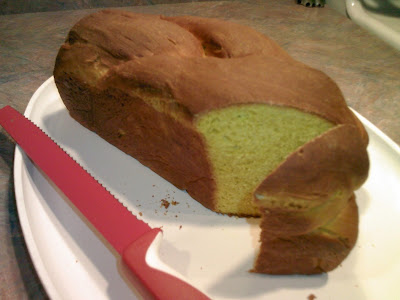 The taste was unmistakable Challah, but the texture was more dense, course, and satisfying (i.e., unlike traditional Challah, you probably couldn't eat this in its entirety in one sitting: nub by nub). 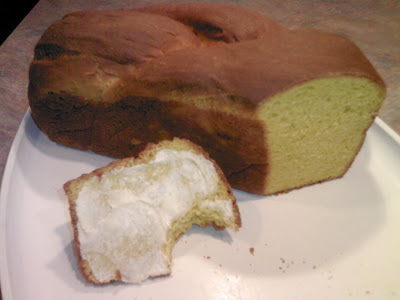 Slice it, toast it: however you choose to eat it will make your tummy happy.  For those of you with self-control: it freezes extremely well too. 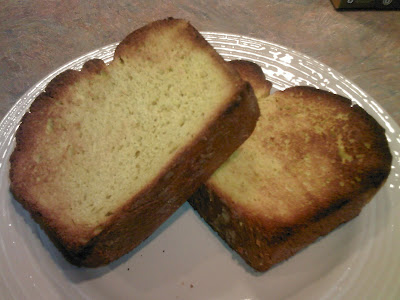 I believe that Sacred Chow's Challah is by special order only, at certain times of the year.  So, stop in regularly (like you need an excuse) and follow them on Twitter and Facebook to get your Challah back!  Thank you to Cliff, Kyle, and Dino for being so nice and for making this, and everything else at Sacred Chow, so especially extraordinary.