Ever Heard of Quicos? I Found Them in a Cheese Shop.

Before you get all excited, this post is not about vegan cheese.  Instead, it's about a vegan item I picked up from a "real" cheese shop, Murray's Cheese.  But don't feel as though you've suffered a cheese fake-out because this is better than vegan cheese; this is about chocolate.

I'm talking about quicos, people.  They are giant, crunchy corn kernels coated with dark chocolate.  It sounds a little weird, but what's weird about something salty paired with chocolate?  What's weird about anything paired with chocolate?  Nothing, that's what.  With an intensely satisfying crunch, these morsels taste like extra-crunchy chocolate-covered popcorn and they are addictive. 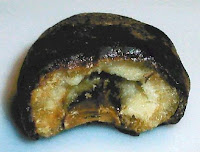 They don't say they are vegan anywhere on the package; there aren't even ingredients listed (why is that legal?).  But I nicely grilled the sweet cashier until she questioned her previous product knowledge certainty and called the manager to confirm.  So, although I don't have proof in writing or anything, both peeps assured me that their quicos are vegan.  I don't know if that means all quicos everywhere are vegan, but the word on the street is that these are. 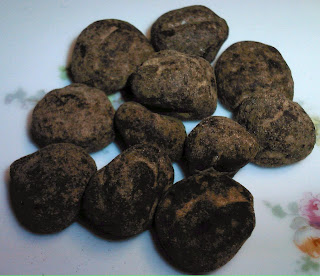 So, indulge in yet another food item made only better with the addition of chocolate... and wonder if anyone has ever thought of making super-quicos.*

*Quicos quadruple-dipped in chocolate, duh.
Posted by Abby Bean at 7:47 AM