After the wholly frustrating somewhat disappointing result of my inaugural loaf of bread, I decided to next attempt a My Bread recipe as stated; this time: Walnut Bread (p. 66). 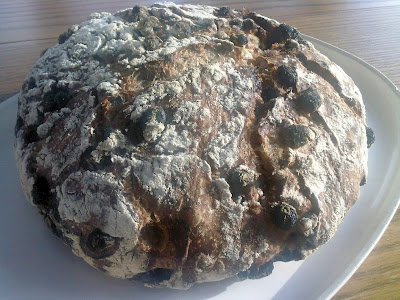 Excited, anxious, and a bit nervous;  I had the best of intentions.  Yet, ultimately, I still couldn't leave well enough alone.  The recipe called for 1/2 cup each of walnuts and raisins...that didn't seem like nearly enough, so I just about doubled it* and was on my way.

Prepared for the 18 hour rise: 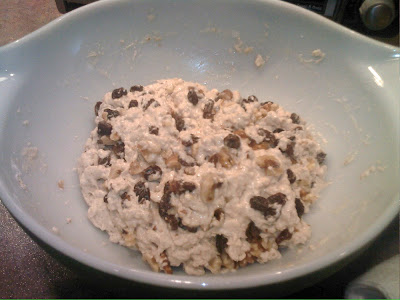 Note: This was the first opportunity I had to use an awesome new gadget that found its way into my kitchen via my Amazon recommendations.  I like unusual utensils I'm not even sure why I bought it (it certainly wasn't mentioned in the book), but the Danish dough whisk is great!  Instead of alternately attacking mixing the sticky dough with your hands, a wooden spoon, and a spatula-- all you need is this.  It takes the place of all three: neatly mixing the ingredients whilst simultaneously scraping the sides of the bowl.  And, unlike your fingers and other utensils, the dough doesn't stick to it like glue.  This is what it looked like after the efficient mix: requiring a simple rinse and toss into the dishwasher. 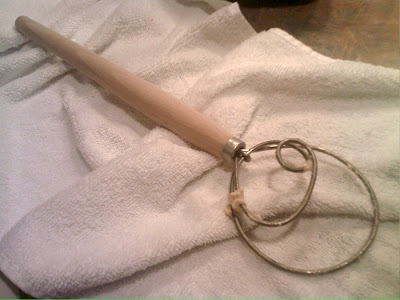 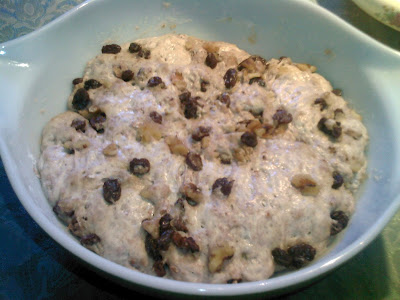 Time for the second rise: 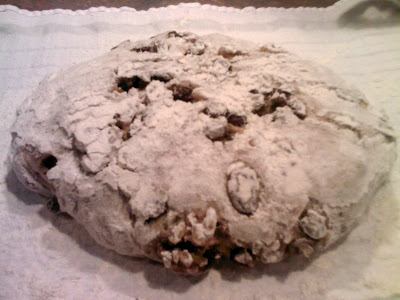 After the second rise it never looks any different to me.  I suppose it's possible that it's slightly more spread out, but I don't see that any considerable, additional rising has taken place. 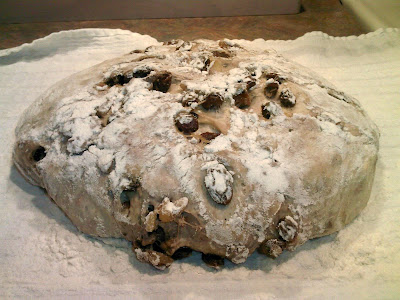 I managed not to burn myself on the pot this time, and into the oven it went.  Halfway through and looking good. 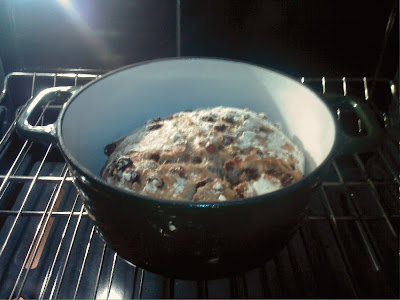 The raisins on the outside of the loaf were a little well done, but other than that it was fine. 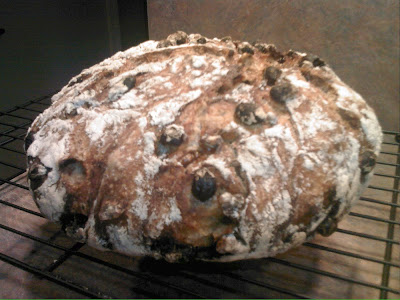 No, better than fine: really great, in fact.  Cross section: 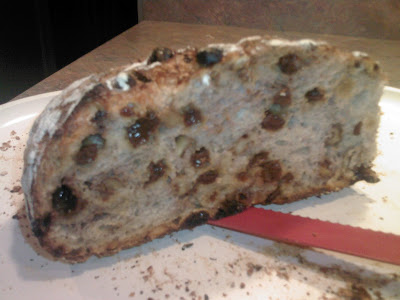 *The doubled walnuts and raisins were the perfect amount.  Next time I will definitely add extra cinnamon as well!
Posted by Abby Bean at 6:24 AM