Yes, yes; I know I use the words wings and drumsticks interchangeably.  Get over it and get to Foodswings.  See, I don't really like fake meat all that much, but for some reason there's a special place in my heart for Red Bamboo drumsticks.  Now too there is even more space for Foodswings' version. 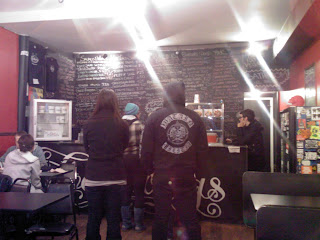 You may remember the travesty of my having ordered a southern fried drumstick and having been erroneously served a  sweet southern fried BBQ drumstick instead.  It was delicious, but it was the original that I wanted.  So, when I returned with some vegan peeps I finally got my southern fried wing...oh yeah, and a tempeh reuben. 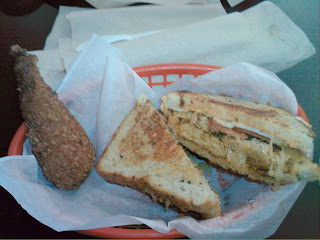 Make no mistake, this reuben is Foodswings style: greasy (but oh so good)! 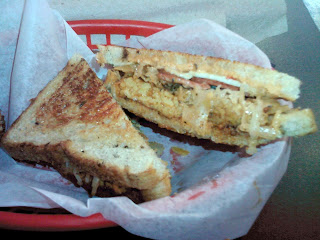 And then the wing; exactly what I had hoped: coated in breadcrumbs and fried to crispy perfection! 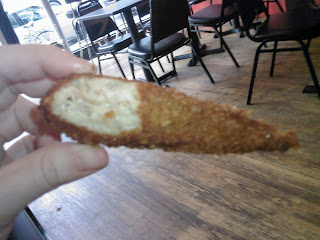 My fellow drumstick lover got the combo with Daiya mac n' cheese and his fave: the buffalo style wings. 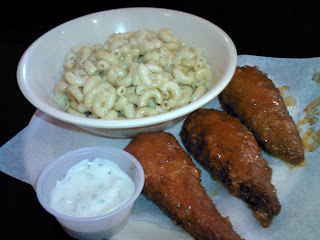 But I'm a purist and once I'd tasted the southern fried marvels I had to get more.  So I did!  (It wasn't the same day; I swear).  Bonus points for the adorable to-go bag that kept the drumsticks in perfect condition. 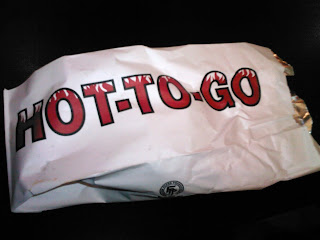 I suppose you might be able to reheat them in the bag, but I decided against the risk (of ruining my drumsticks, not starting a fire). 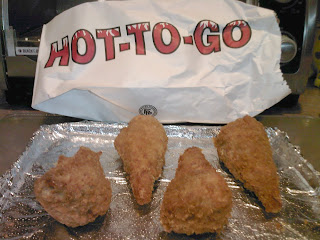 They reheated just great; it was as if I was eating them freshly served.  And the sweet mustard that they came with was extraordinary!  Take it from me, you'll need one container for every two drumsticks.  At least. 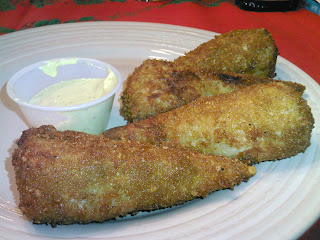 One day I will order one of each wing flavor that Foodswings offers and have a proper taste test, but for now I am extremely satisfied with my southern frieds! 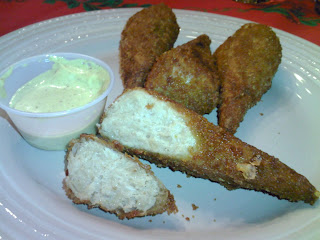 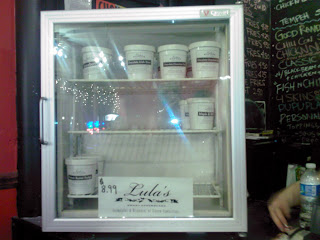 Their delicious shakes are still made with Klein's, so it counts as two totally separate things.  In other words, you can get a shake AND a pint and there's nothing wrong with that.  Take it from me.

Email ThisBlogThis!Share to TwitterShare to FacebookShare to Pinterest
Labels: Foodswings