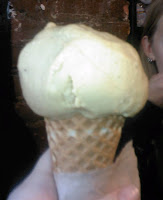 As soon as fall is upon us, the idea of pumpkin flavored everything sounds incredibly inviting.  The smells of cinnamon and nutmeg fill the air and all things pumpkin sound divine.

Of course there are the obligatory pies and breads, but there are also pumpkin lattes, pumpkin ice cream, pumpkin marshmallows, and even pumpkin ravioli. Between Halloween and Thanksgiving there really isn't much that you can't or don't want to make a pumpkin version of.

This year I prepared early by arming myself with plenty of canned pumpkin.  I immediately made VCTOTW pumpkin cupcakes that were such a major fail that they didn't even make it to a blog post.  Un-detered, I then made a pumpkin smoothie that was so gag-worthy that it didn't even have it's picture taken.  I was beginning to wonder why my pantry was filled with canned pumpkin if nothing good was going to come of it. 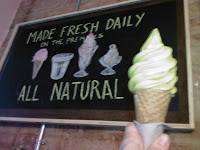 But then I had another run-in with a pumpkin ice cream cone and I was re-invigorated; pumpkin was back on my short list.  And, for those of you wondering, the answer is YES; Lula's Sweet Apothecary does carry both hard and soft-serve versions of their spectacular pumpkin ice cream.  Everyone has a favorite (mine is the hard), but how wonderful is it that we get to choose!?

Next up on my pumpkin to-do list was the elusive pecan pie/pumpkin cheesecake hybrid.  This was a tall order for my limited skills, but every time I see the version offered by The (un-vegan-friendly) Cheesecake Factory, I am incensed that a vegan version doesn't exist.  So, after looking over a bunch of possible recipes, I decided on one from The Free Cookie Guy: Pumpkin-Pecan Cheesecake Without Cheese.

I started off by making my own crust using the Friends of Animals recipe and subbing superior Biscoff cookies for graham. 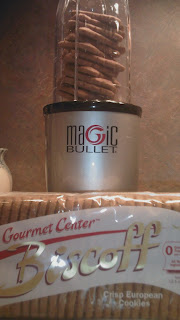 A couple of buzzes in the Bullet and it was all set to go. 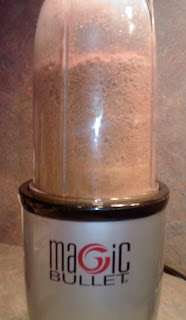 After I baked it as directed, I wondered if the pre-baking had been unnecessary...little late for that, though. 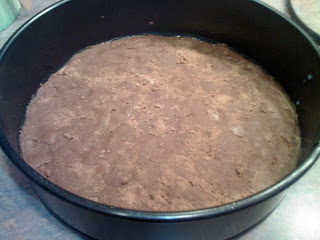 I admit that I doubled tripled quadrupled lost count of how much extra maple syrup/brown sugar mixture I poured over the pecans, but it looked stingy when I started and sufficient when I was done.  It occurred to me that I might want to cook this layer for a bit before adding the next, but that's not what the recipe suggested, so I managed to control myself from doing so. 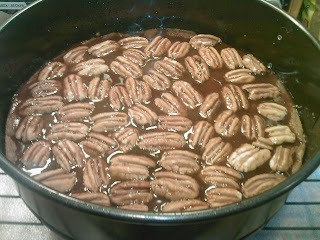 The pumpkin cheesecake mixture was easier to prepare than I expected; I didn't have to dig out the cumbersome food processor, just used my biggest whisk and lots of elbow grease. 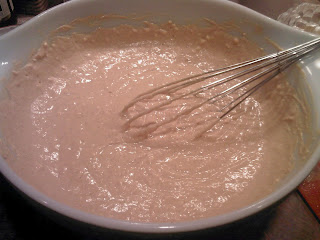 As soon as I poured it over the rest of the pie, though, I could tell that the uncooked maple/sugar mixture was already shifting by sneaking up the sides of the cake.  There was nothing to be done, so I simply put it in the oven and hoped for the best.  Not ten minutes into the baking time, I peeked in and saw that in all the cooking I had tackled over the holiday weekend, of all of the mistakes I had made, the best thing I had done was to think to put a baking sheet under my spring-form pan.  It continued to ooze throughout the baking time. 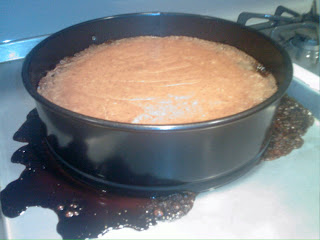 When it was done, I let the pie cool completely and then chilled it over night in the fridge while still in the pan.  The next day it did take some wrestling to get it off of the pan base, but the pie itself was pretty epic. 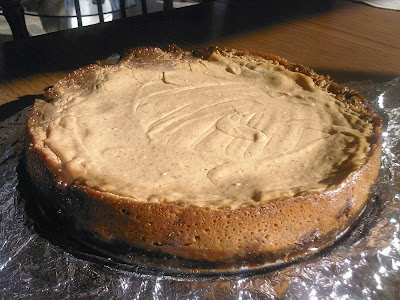 The pecans must have floated up into the pumpkin cheesecake at some point, so they didn't seem to have cooked much; next time I will definitely toast and chop them first.  More exciting, though, was the fact that the maple syrup and brown sugar mixture that didn't escape actually soaked into my Biscoff crust and caramelized.  This is what made it so hard to separate it from the pan, but the resulting extra sweet and crispy element really lent itself to the tasty, but not-so-firm pumpkin cheesecake layer. 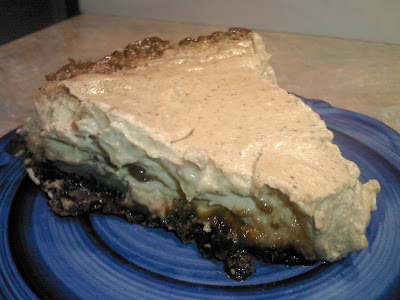 Like most all of my baking, it didn't look anywhere near perfect.  But in this case it actually tasted good.  There are a few tweaks I'd make: toasting the pecans, attempting to firm up the cheesecake, and trying to avoid the super mess.  But overall, this has major potential. 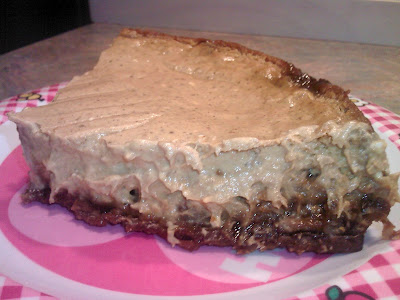 And wouldn't you know I still had 15 ounces of pumpkin left in the fridge?  I'd had just about as much pumpkin as I could take at this point; so, I decided to make Veganomicon's pumpkin crumbcake with pecan streusel (p. 255).  I omitted the crumby, pecan topping, so that essentially left me with just a pumpkin cake, but I did add 8 oz. of chocolate chips. 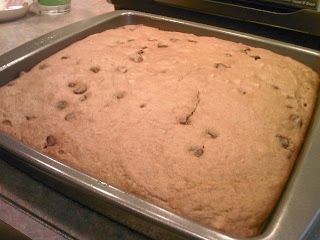 In order to avoid the mushiness of the failed cupcakes, I cooked the cake 30 minutes longer than the recipe dictated, at ten degrees hotter.  It was crispy at the edges and still extremely moist throughout. 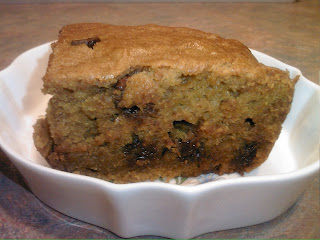 And that is officially more than enough pumpkin to last me until next fall.  Well, except for a cone of hard pumpkin ice cream from Lula's; I could probably fit that in.
Posted by Abby Bean at 11:56 AM