After the success of my spaghetti squash, VM was forced decided that we should join forces to make the inaugural Vegucating Robin recipe, Cannellini Bean Concerto.  If you were wondering where I get my predilection to substitute, she claimed she could make "this" soup without consulting the recipe and by using celery.  Note: there is no celery called for whatsoever; we used the recipe as written.


VM is a great eyeballer and we have extremely similar tastes and neurosis proportion preferences, so we agreed upon these minor substitutions:

The soup turned out fantastic, with the unexpected flavor of the tarragon both subtle and unmistakable.  It was really amazing what a few, fresh ingredients could become in a relatively short time. 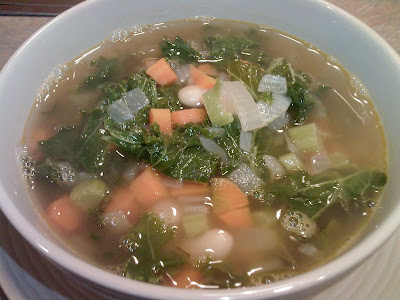 We are both admitted fans of Amy's canned soups, so this was not only an unusual occurrence, but an extraordinary treat. 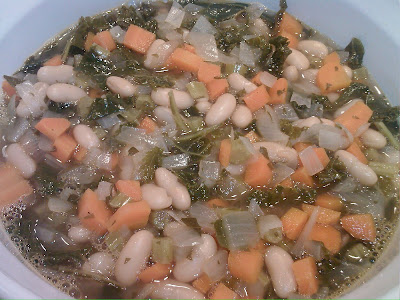 This may be one of my new favorite soups; thank goodness there is some leftover.
Posted by Abby Bean at 8:45 PM