When I think of filled cupcakes I think of filled cupcakes: small cakes stuffed to overflow with deliciousness.  I don't know that I've every had such a cake, but this is what I think.  So, while I can sort of appreciate a cupcake with a hint of filling, ideally I'm looking for a glob.  I finally decided to make some for my very own and started out with VCTOTW peanut butter cupcakes (p. 59-60) to make chocolate pudding stuffed peanut butter cupcakes with ganache.  I did sub regular chunky peanut butter for natural, so I cut my oil by 2/3. 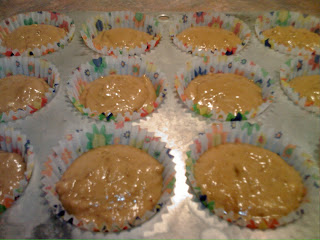 After cooking, before the tops caved in: 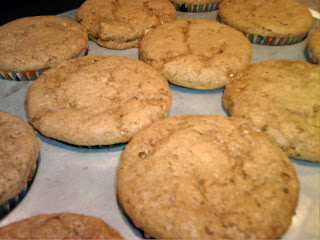 Once they were fully caved cooled, I used a grapefruit knife to remove a generously sized inverted tee-pee from the cupcake. 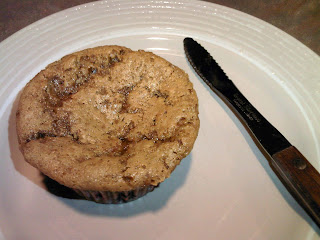 Slicing off what was the top, I used the rest of the freed cupcake dough to thicken the walls of the welled cupcake: pressing the dough into the sides and bottom of the remaining cupcake shell in order to better reinvorce the weight of what was about to be introduced. 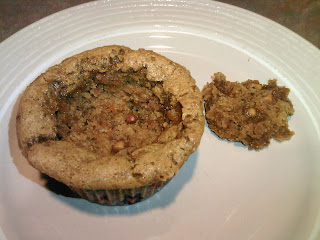 Short of exploding the unsuspecting cake, I seriously filled the cup to capacity with chocolate pudding.  I used the ZenSoy I'd won from Vegan Beauty Review, but you could make your own if you feel so inclined. 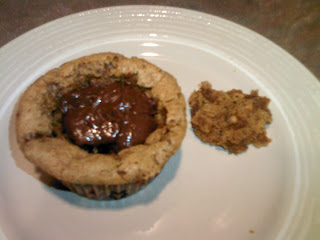 Then I replaced the cupcake lid and the secret was almost undetectable. 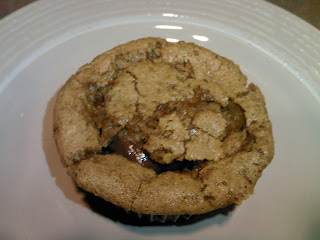 And, finally, I "iced" them with VCTOTW quick melty ganache (p. 160) and let them set in the fridge for about an hour before serving.  Note: not only is the ganache delicious (use good chips!), but it also handily covers up any and all of imperfections.  Garnish with a peanut and chip because they are buds. 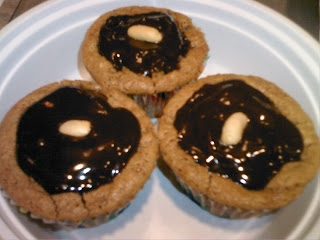 The cupcakes were a huge hit; I would highly recommend this recipe for the peanut butter/chocolate lovers in your life.
Posted by Abby Bean at 11:50 AM