Veggie Conquest 6: Get Your Kale On

Since enjoying our first event, VM and I have made every effort to attend all proceeding installments of Veggie Conquest, which has been no small feat.  Tickets sell out in about 5 nanoseconds, so imagine my desk littered with reminder post-it notes for the date and time tickets go on sale, warnings to my co-workers that I'll be indisposed from 10:00 - 10:05, and VM texting at 10:01 to see if I've completed the transaction yet.

As if we weren't excited enough at the prospect of another fun evening, imagine our thrill at finding out that the judges for Veggie conquest VI would be Chef Matteo of 4-Course Vegan, Danny Carabano of the V-Spot, and Chef Adam Sobel of The Cinnamon Snail!

And then, as if things couldn't shape up any better, the secret ingredient was revealed as kale.  Um, we love kale.  So needless to say, no matter how many VC's we'd attended thus far, we were more psyched than usual.  Plus, as an added bonus, my friend, a fellow kale-lover extraordinaire, attended as well.

Let the "Battle of the Kale Appetizer" begin: 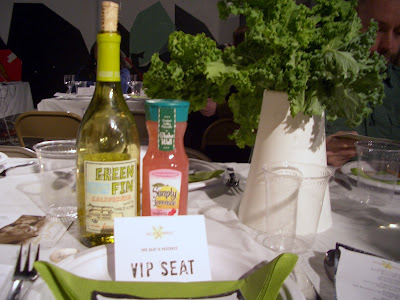 #1 The evening got off to an impressive start, as the first entry was fantastic; Marilyn Mayers' Quinoa Kale Croquettes remained mine and VM's favorite throughout the tastes.  Kale, quinoa, toasted pine nuts, and parsnip cream = yum. 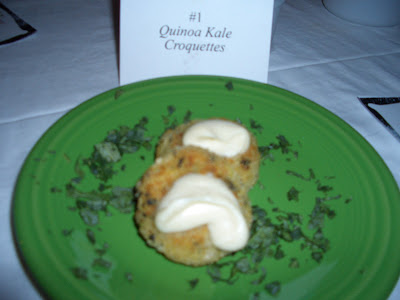 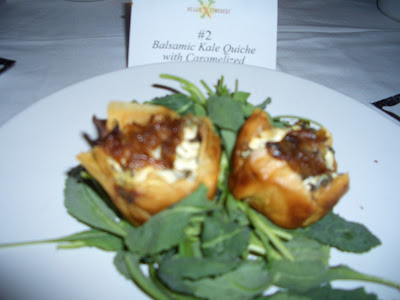 #3 The Kale Brown Rice Cake with Scallion Miso Cream & Basil Oil Accent submission from Momo Kajiwara was just as good as it sounds.  This was a close second choice for both VM & I. 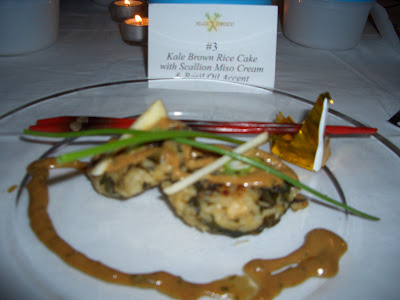 It was no wonder it wound up winning top judges' honors, as well as the coveted Taster's Choice award. 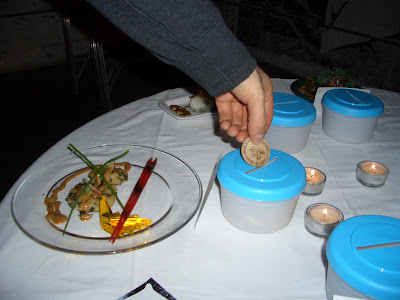 #4 Christine McSweeney's Kale Summer Rolls with Peanut Sauce were gigantic and she gets extra credit for serving something that's meant to be cold since it's so hard to keep things hot in chilly DCTV. 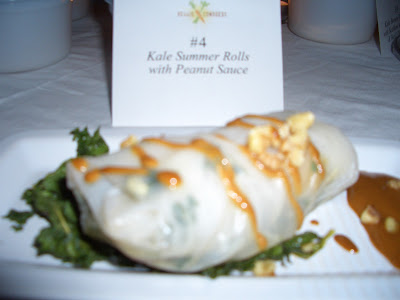 #5 My favorite part about the Mushroom and Kale Bisque by Frank Ciulla was the sweet corn. 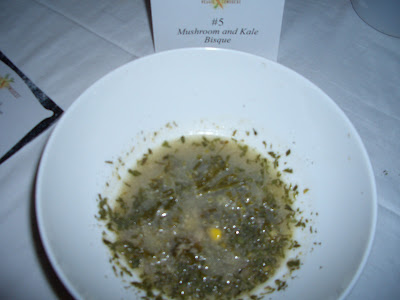 #6 Jenn Lynskey's Kale Tapas were like gourmet mini-pizzas.  It's hard to make out in the picture, but that little scoop of green in the back is kale hummus; why didn't I think of that?! 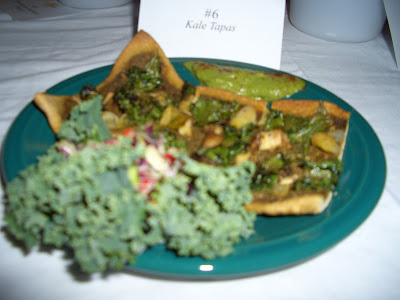 #7 Unfortunately, the last contestant, Jessica Gunter, did not make it to the event in enough time to compete.  Fortunately, she was kind enough to share her entry of Kale Flatbread Pizzettas in an unofficial capacity, during the second course.  The pizzettas were delicious (infinitely better than inferior pizzettes); I'm sure they could have been a prize contender! 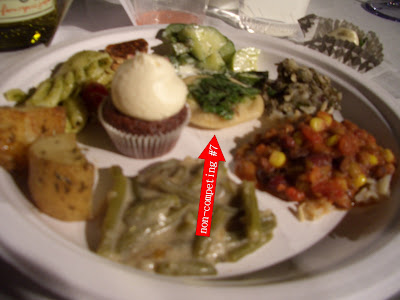 If all this wasn't enough, guess who won the first door prize?  Yep, VM; she won a copy of Animal Camp by Kathy Stevens of Catskill Animal Sanctuary.  Timely, as we are planning our first trip there in the coming months. 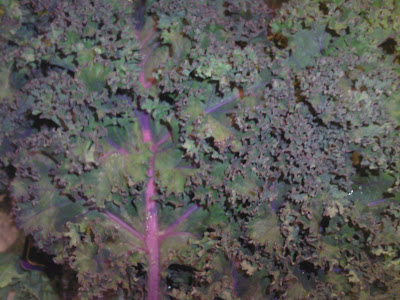