A Long, NY Day, But There's Always Room for Lula's

We started our weekend day at Cowgirl's Baking, but were disappointed that at opening time they were more overwhelmed than inviting, and had only cupcakes and brownies available.  Perhaps we'll revisit in the middle of a day, or once they are established and have more of their exciting advertised offerings available, but on this visit we left feeling rather unwelcome.


So instead we decided to go to one of our favorite places, The Bean.  Yes, The Bean has a decadent red-velvet cake and a delicious chocolate peanut butter cheesecake, but they also have yummy breakfast treats.  Also, it's The Bean!

On this day we shared a blueberry muffin and a mixed berry scone to accompany our coffee and chai...whilst a friendly patron looked on. 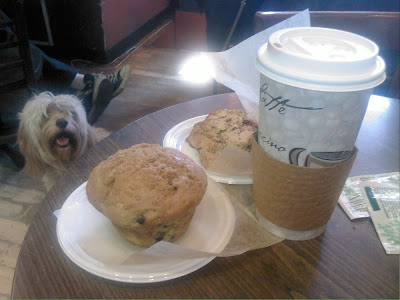 For all of the vegan options available, for some reason The Bean does not carry Tofutti cream cheese.  So, while we enjoyed our baked goods we looked longingly at all of the bagels being served, then kept the craving in our stomachs long enough to walk over to Bagels on the Square for some take-home booty. 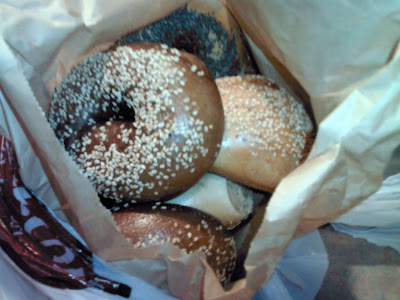 After catching an indie at IFC, it was time to make our way over to Veggie Conquest 6!!  After another great event we agreed that we'd already enjoyed a full day, but you know what they I always say, "There's Always Room for Lula's".  We were admittedly tired and a bit loopy at this point, and I'm embarrassed to admit that I could only attack a "normal" size sundae: chocolate and kitchen sink ice cream with hot fudge, marshmallow, whipped cream, and a cherry. 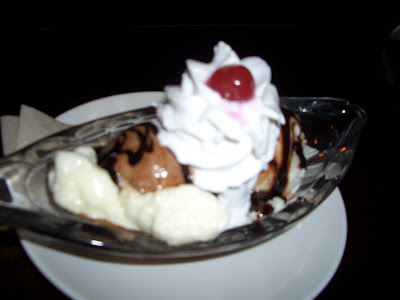 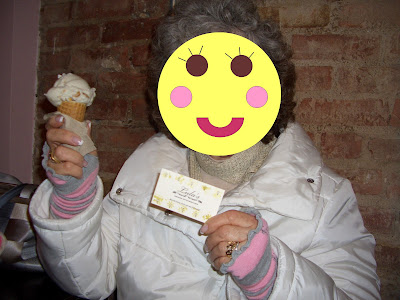 On this visit I learned two things I hadn't previously known about Lula's.
#1 My head cannot fit between the stools.
I was full, tired, and clumsy; so, when I dropped something- well, let's just say that you learn something new every day. 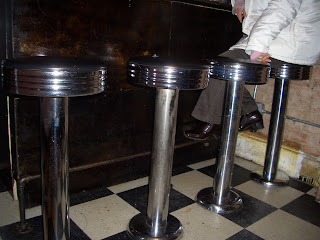 #2 They have an official A to boast!
I'm still convinced that they deserve a higher mark, so I've taken matters into my own hands. 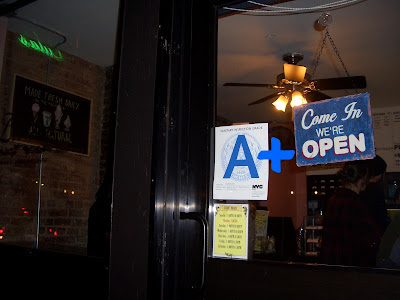 Email ThisBlogThis!Share to TwitterShare to FacebookShare to Pinterest
Labels: Lula's, The Bean